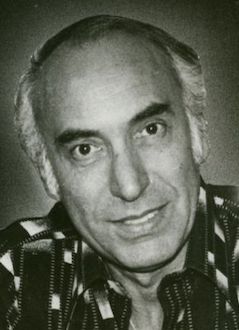 JOHN KEMENY, producer of the National Film Board documentary Bethune, A Hero for Our Time, planned to make a biographical feature about the Canadian physician.


Once celebrated as “a hero for our time,” Dr. Norman Bethune was born on this day (March 4) in 1890. During a 1976 visit to Vancouver, producer John Kemeny discussed his plan to make a movie honouring the Canadian physician revered as a “revolutionary martyr” in modern China.

HOLLYWOOD HUMOURISTS CALLED IT "the gorilla war." Last year [1975], two major film companies announced that they were remaking the classic adventure film King Kong. A settlement was reached in late January preventing what could have been a disastrous rivalry for both studios.
Now, there seems to be a battle looming over Bethune. Two producers, one Canadian (John Kemeny) and one American (Otto Preminger), are planning to make movies based on the life of Dr. Norman Bethune.
Preminger, who recently announced that he was going ahead with his film, revealed his interest in the subject during an interview with The Province in April, 1972. “I think it's a fascinating life," Preminger told me at the time, "and I am waiting for permission to go to China to discuss with them if I could shoot the Chinese part in China."
Born in Gravenhurst, Ontario, Bethune practiced medicine in Montreal and on the battlefields of three wars. A one-time victim of tuberculosis, he became a pioneer chest surgeon, designing instruments and techniques that are used to this day. During the Spanish Civil War, he served with the Loyalist Forces, setting up the world's first battlefield transfusion clinic. He ended his days in the Chinese mountains, ministering to the embattled armies of Mao Tse-Tung. Today, Pia Chu En (White Seek Grace) is revered as a national hero by the half billion people of the modern Peoples Republic.
During that earlier interview, Preminger said that he got the idea for doing a dramatic feature after seeing a National Film Board documentary on the Canadian surgeon. "I've talked to various people in Canada," he said. "The Canadian government is going to give me co-operation."
Among the people he talked to were Canadian Film Development Corporation executive secretary Michael Spencer, and the man who produced the NFB's 59-minute Bethune, A Hero for Our Time, John Kemeny. "I met with Preminger and Michael Spencer in the Ritz Hotel in Montreal," Kemeny recalled this week. "We talked about being co-producers."
The project did not gell. "His ideas were not the same as mine," Kemeny said. "Bethune's story is full of political and social traps." During the making of the documentary, a film released in 1964, writer Donald Brittain was not allowed to quote from the writings of Chairman Mao, he recalled.
In those days, the American State Department banned showings of the NFB production in the United States, he said. "Bethune is an intense, complex subject."
It is also a Canadian one. Kemeny’s long-standing dream has been to see a feature film version of his story made in Canada. Doing it properly will cost between five and six million dollars and require location work on three continents.
In 1969, Kemeny left the Film Board to become an independent producer and realize a few of his dreams. One of them was to make a movie out of the Mordecai Richler novel The Apprenticeship of Duddy Kravitz. He put together a package that consisted of Richler's own screenplay, a recognized director (Ted Kotcheff) and an up-and-coming star (Richard Dreyfuss). The dream came true in 1974.
An acknowledged power in Canada, Kemeny set out to gain some clout in the U.S. market. Below the border, he produced 1975’s White Line Fever, a film that went on to become a hit with the action audience.
At this moment [1976], he is in Vancouver overseeing production of another 100-per-cent-Canadian-financed film, Shadow of the Hawk. An action-adventure movie, it is set in the northwest. It brings together award-winning Canadian director Daryl Duke with Kemeny's White Line Fever star, Jan-Michael Vincent.
The story of an aging Indian shaman (played by Chief Dan George), his grandson (Vincent) and the reporter (Marilyn Hassett) who becomes involved with them, it is already booked to open in a Vancouver theatre. The premiere is scheduled for August 13 [1976], at the Vogue.
Kemeny thinks that the time is now right for his Bethune. There is also a good chance that it will be "100-percent Canadian.” His dream package contains a top Canadian internationally recognized director, one of the world's best-known stars, and a script by an Oscar-nominated Canadian screenwriter.
The writer is Ted Allan, a Montrealer who served with Bethune in Spain. Co-author of the 1952 Bethune biography, The Scalpel and Sword, Allan will meet with Kemeny on Monday in Los Angeles. He is there just in case he has to pick up the Best Screenplay Oscar for his work on Lies My Father Told Me.
The Allan script is underway, Kemeny says. His star and director choices are not yet under contract, though. Competition in the movie business being what it is, he would rather not see their names in print until they are firm.
Well, then, what was it about the Preminger approach that turned off John Kemeny?
"I just didn't want to see the life of Norman Bethune turned into another Cardinal."

The above is a restored version of a Province interview by Michael Walsh originally published in 1976. For additional information on this archived material, please visit my FAQ.

Afterword: In 1976, John Kemeny’s dismissive reference to Otto Preminger’s 1963 feature The Cardinal was the sort of pop culture reference that daily newspaper readers understood without further explanation. The picture was based on a “big bold novel” (a subject I went on about at some length in my review of The Betsy), the sort of best-selling literary trash that spawned big-budget movie hits in the 1960s and 1970s. A tale of low doings in high places, The Cardinal was shorthand for a self-important exploitation film.
A lot of time passed between my 1976 conversation with Kemeny and the release of Bethune: The Making of a Hero  in 1990. Having to let the option lapse on the project was “the most painful disappointment” of his career, according to his obituary in the Toronto Star. He’d spend a decade working with director Ted Kotcheff and writer Ted Allan (who lost that 1976 screenwriting Oscar to Frank Pierson for Dog Day Afternoon), as well as much of his own money. The picture that finally got made — directed by Vancouver-based Phil Borsos working from Ted Allan’s script — had its troubled shoot recorded in the 1998 documentary feature Strangers in a Strange Land: The Adventures of a Film Crew in the Heart of China.
Shadow of the Hawk, the project that brought Kemeny to Vancouver, had its own troubles. Shortly after the above interview, its producer fired his director, replacing Daryl Duke with the Ontario-born George McCowan. The planned Vancouver premiere never happened. After seeing the final cut, distributor Columbia Pictures rushed the resulting film into theatres in mid-July, 1976.