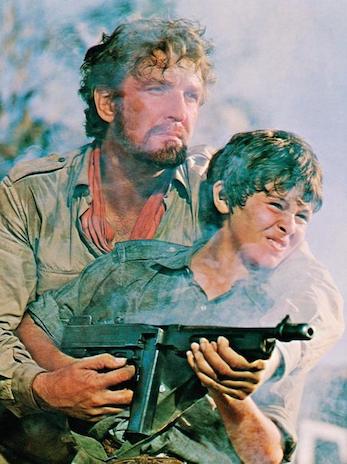 
According to his 1997 obituary in The Independent, a London-based newspaper, “Harold Robbins was indisputedly the most popular writer in the world, and his books — not one of which has ever been out of print — are said to have sold, in 42 countries, three-quarters of a billion copies. His most popular, The Carpetbaggers (1961), has sold 30 million copies, making it, apparently, the fourth most read book in history.” Born on this day (May 21) in 1916, Robbins enjoyed fame as “the Rembrandt of the trashy novel,” “the Onassis of supermarket literature,” “the dirty old man of American letters” and “a tabloid Boswell.” The online Britannica credits him “with popularizing a prurient style of mass-market fiction that traded on the public appetite for tales of profligate Hollywood stars and glamorous criminals.” At the height of his fame, he assured interviewers “I'm the world's best writer in basic English. Everybody understands what I write — except maybe the critics." Fame, alas, is fleeting. His centenary in 2016 went unmarked. There were no celebrations, no academic conferences, no festivals of the 10 feature films based on his novels. Today’s Reeling Back package adds three of those pictures to the archive (with links to them all following the Afterword to this posting). Included is director Lewis Gilbert’s jet-set epic based on a Robbins novel, 1970’s The Adventurers.

THE ADVENTURERS. Co-written by Michael Hastings. Based on the 1966 novel by Harold Robbins. Music by Antonio Carlos Jobim. Co-written and directed by Lewis Gilbert. Running time: 171 minutes. Restricted entertainment.
"NOTHING,” PROMISE THE ADS, "has been left out of The Adventurers.”
Nothing?
Well, for a start, there's about an hour's worth of film. After looking at director Lewis Gilbert's original 205-minute movie, the Paramount Studio bosses ordered a trim.
Then there were one or two things offensive to B.C. censor Ray MacDonald. They're gone, too.
What's left is about $8-million worth of a $12-million project. And the studio has ordered a 50-cent price boost at the box office to help recoup their losses.
The Adventurers is based on characters created by novelist Harold Robbins. "They asked me to do the script," Robbins said recently, "then decided not to use it, because it was too sexy, too violent and too much like my book."
His book reflected the Robbins habit of weaving salacious fiction from the lives of recent celebrities. Just as Howard Hughes served as the model for Jonas Cord, hero of The Carpetbaggers, Dominican playboy-diplomat Porfirio Rubiroso inspired adventurer Dax Xenos.
In between sexual encounters, the original story found time to fit in the Second World War, Nazi atrocities, Franklin Roosevelt and the ubiquitous family of Joseph Kennedy. Robbins's readers might just as well forget the book,
Lewis Gilbert's film opens in 1945. Ten-year-old Dax Xenos (Loris Loddi) sees his mother and sisters slain by Corteguayan government troops because his father Jaime (Fernando Rey), a prominent lawyer, supports the revolutionary movement.
When the revolutionaries come to power, the new "El Presidente" (Alan Badel) sends the elder Xenos to Italy as a fund-raising ambassador. Dax is sent to boarding school, and the story fades ahead to 1955.
During the fade the lad comes to maturity (Bekim Fehmiu) and gains a formidable reputation as a ladies' man. While Dax is enjoying an interlude with a friend's sister, his father decides to return to their South American homeland and see what wonders the revolution has wrought for Corteguay.
Instead of the dreamed-of progress, he finds even greater squalor and the stirrings of a new revolution. El Presidente has spent his hard-earned foreign aid building an opulent palace, a Nazified army and a secret police network.
The elder Xenos is aghast. The audience, meanwhile, is becoming just a little restless. With the film nearly half over, it is becoming increasingly apparent where director Gilbert spent his multi-millions.
It wasn't for screenwriting talent. Lines such as "There are no children in war — only men," and "I've seen too much suffering and misery," and "I'll have money. I'll do anything to have money and power. And then I'll come back,” have been in the public domain since Griffith's day.
Nor was it for acting talent. Without exception, the film's 11 featured "stars" act as though they were cut from a stand of redwoods.
Most of Gilbert's dollars went for the window dressing. He gives us a villa here, an army there, at least two plane crashes, a train wreck and a few revolutions.
These are basically the work of his second unit director Ernest Day and action director Bob Simmons. It's good work, handled with flair, style and consummate craftsmanship. But it's only part of the whole.
Gilbert's part, the telling of the story, is an utter failure. Part of the fault lies with Paramount, the studio that ordered an hour ripped out of a finished film.
Part of the fault lies with the material. Harold Robbins, despite his million-dollar movie sales, is little more than a pop pornographer. What he describes best, movie cameras dare not show.
Most of the fault sits squarely with Gilbert himself. Candice Bergen, one of the film's stars, put it nicely: "Lewis Gilbert said he had a whole different approach, something other than a Valley of the Dolls kind of thing. Almost an art film approach.
"But it became another war movie,” she said. “And who needs another one of those?"
By updating Robbins’s 1966 novel, Gilbert was trying to give his revolution the flavour of a modern tragedy. His hilariously rococo script was meant to speak to the ages.
Instead, Dax Xenos’s glands got in the way, and Gilbert ends up creating one of the last of a dying breed — the shallow Hollywood super spectacle. The big, bold novel makes a big, boring movie.

Afterword: Bekim who? Among the top contenders for the title “superstars who never were,” the Sarajevo-born Bekim Fehmiu (a.k.a. “the Albanian Adonis”) made his Hollywood debut playing Latino playboy Dax Xenos in The Adventurers. When it bombed at the boxoffice, his American film career was pretty much over. Fehmiu returned to Yugoslavia, where he had been an established star, and continued working on stage and screen until the 1992 breakup of the Balkan federation.
He was able to demonstrate his English-language skills in at least three more pictures. Fehmiu had the starring role in director Burt Kennedy’s 1970 spaghetti Western The Deserter, shot on location in Spain. He played a vengeance-seeking former cavalry officer who declares war on the Apache. He then co-starred in Cyril Frankel’s 1975 thriller Permission to Kill, filmed in Austria. An Anglo-American co-production, it featured Fehmiu as a exiled leftist leader who is targeted by some English-accented spy guys. Finally, he played a supporting role in John Frankenheimer’s 1977 action thriller Black Sunday.  In full villain mode, he is the Palestinian terrorist planning a bomb attack on America’s most sacred religious ritual, the Super Bowl.