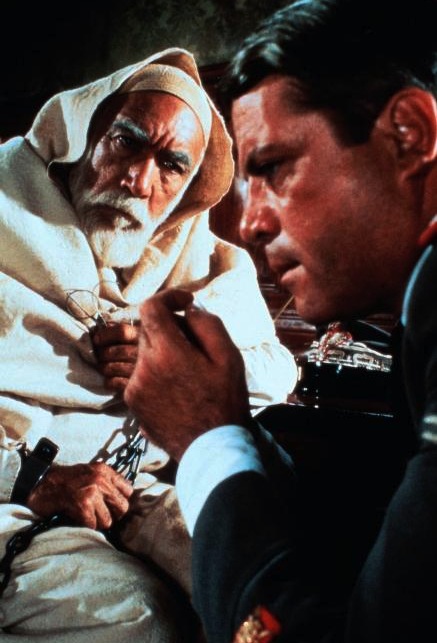 A lesson not learned


On this day (April 21) in 2011, the American people learned that their president had authorized the use of armed Predator drones as a U.S. contribution to NATO’s military action against the forces of Muammar Gaddafi in Libya. They also were told that 25 million of their tax dollars were being handed over to Libya's "rebels" in “non-lethal” military aid. Seven months later, Gaddafi, who had come to power in a 1969 coup d'etat, was murdered by his rebel captors on a roadside west of Sirte. Along with the December 2006 execution of Iraq's Saddam Hussein and the May 2011 assassination of Osama bin Laden, the event was celebrated by some Americans as a step in the direction of stability and liberal democracy in the Middle East. Four years later, the "regime changes" demanded by the "international community" remain works in progress, with vigourous debate continuing in the shattered states of Iraq, Afghanistan and Syria about how best to proceed. Currently, Libya has two governments at war with one another and with the new kid on the block, ISIL (the Islamic State of Iraq and the Levant), pursuing its own dream of a new "caliphate" across the region. Movie buffs remember that it was Anthony Quinn (born on this day in 1915) who was director Moustapha Akkad's choice to play the role of Gaddafi's own greatest hero, the Libyan freedom fighter Omar Mukhtar, in the 1981 feature Lion of the Desert.

Tuesday, April 21, 1981.
LION OF THE DESERT. Written by David Butler, H.A.L. Craig and Paul Thompson. Music by Maurice Jarre. Produced and directed by Moustapha Akkad. Running time: 162 minutes. Restricted entertainment with the B.C. Classifier's warning: "frequent gory violence." OMAR MUKHTAR IS INTRODUCED as a teacher. When we first see him, he is sitting cross-legged, an old man reading from the Koran to a gaggle of young Bedouin.
Soon after, we see him astride his horse, leading his men across the North African desert. This time he has a lesson prepared for an overconfident Italian army.
Producer-director Moustapha Akkad likes to think that he's a teacher. Akkad's last film, 1976's Mohammad, Messenger of God, was a sincere attempt to "educate the non-Moslem masses into the concept of Islam."
In his current Lion of the Desert, Akkad serves up a slice of Libyan history. It shows us how, after nearly two decades of inconclusive desert warfare, Italy's Il Duce Benito Mussolini (Rod Steiger) "gave" Libya to General Rudolfo Graziani (Oliver Reed), a ruthless warrior who ultimately succeeds in crushing Mukhtar (played with grave dignity by Anthony Quinn) and his rebellion.
Akkad's lavishly mounted film has two major problems. First, its director is less a teacher than an apologist (which is a polite way of saying that he's a propagandist). He wants us to see his story in contemporary headline terms.
The return of the Italians to Libya — from 96 B.C. to 643 A.D., it was a Roman province — is supposed to recall the return of the Jews to Palestine. The Italian internment of the Bedouin is intended as an echo of modern Palestinian refugee camps.
In the subsidized Italian settlements, we are supposed to see Israeli expansionism.
The picture's second problem is that Akkad is no great hell as a filmmaker. Despite his Hollywood training, he is an unimaginative and unsubtle director.
Perhaps I'm prejudiced, but I turned off when I heard the narrator of the film's simulated newsreel opening using phrases like "resolutely struggle" and "the stiffening resistance of the people." From that point on it was obvious that the late H.A.L. Craig's script was going to sound like a poorly translated Peking wall poster.
Posturing fascists perpetrating atrocities on long-suffering and intensely noble peasants is not my idea of meaningful drama. When Akkad finally introduces a sympathetic Italian — Lt. Sandrini (Stefano Petrizi) refuses to participate in an execution because he "didn't join the army to hang women" — you just know that he'll pay for being a good guy later in the picture.
A capable second-unit director, Akkad creates battle scenes that have sweep and vigour. I just wish that such action sequences could have been attached to a story of some dramatic consequence.
Though I resolutely struggled through its entire 162-minute length, I longed for the wit, brevity, pace and intelligence of John Milius's 1975 desert adventure The Wind and the Lion. Akkad's Lion of the Desert continues to offer its stiffening resistance at the Stanley Theatre.
*      *      *
YOU HAVE TO WONDER how Moustapha Akkad, a Syrian-born American, came by the $30 million he spent making Lion of the Desert. The picture, a British-Libyan co-production, involved no Hollywood studio and is not being distributed by any of the American majors.
Since the producers provided no background material of any kind to the press, we can only speculate. What makes sense, of course, is that the film was made with the blessing of Libya's leader, Colonel Muammar Gaddafi.
One of the world's most outspoken foes of Israel, Gaddafi is said to back up his rhetoric with millions of dollars of financial support for the world's terrorists. In Akkad, he seems to have found a like-minded director to carry his message to the world's moviegoers.
There's an odd logic at work here. Lion of the Desert can be considered an act of artistic terrorism, an entertainment bomb that will go off in any theatre self-destructive enough to book it.

Afterword: The story of Moustapha Akkad — one of nine people killed by a suicide bomber in Amman, Jordan, in 2005 — is a fascinating tale that I will tell when I post my review of his ambitious 1976 feature Mohammad, Messenger of God. My review of Lion of the Desert reflected the mainstream critical opinion of the day, and the picture was a major financial failure. In retrospect, I now believe that it was a worthwhile attempt to present an alternative view of European colonial history, one that was of no interest to the North American movie audience in 1981. Google "Libya" today, and the horrific headlines that appear are a direct result of the American (and Canadian) public's lack of understanding of the history that brought us to this moment.
Today, though, on what would have been Anthony Quinn's 101st birthday, my primary focus is the Mexican-born actor who found fame as Hollywood's all-purpose ethnic. The son of an Irish father and Latina mother, he grew up in Los Angeles, where he made his film debut in 1936. During a 65-year-long career, he appeared in some 140  feature films in which he displayed a talent for diversity. He won his first Oscar playing a Mexican revolutionary, Eufemio Zapata, the brother of the title character in director Elia Kazan's Viva Zapata! (1952), and collected his second for playing French painter Paul Gauguin in Vincente Minnelli's 1956 Van Gogh biography, Lust For Life. Quinn also earned a best actor nomination for his starring role in Michael Cacoyannis's Zorba The Greek (1964). Though he played his share of Anglo-American characters, he brought real attitude to his more darkly complected roles, a gallery that included: Native American, most famously the Sioux chief Crazy Horse in Raoul Walsh's They Died With Their Boots On (1941);  Chinese, in the role of resistance leader Chen-ta in Ray Enright's 1945 adaptation of Pearl Buck's novel China Sky;  Malayan, as island ruler King Liang, in Bud Boetticher's East of Sumatra (1953); Italian, starting as Zampano in Federico Fellini's La Strada (1954), and in many mob boss roles thereafter; Hun, with the title role in the 1954 historical epic Attila; Spaniard — as Luis Santos, the title role in Bud Boetticher's The Magnificent Matador (1955); Filipino — as Andres Bonifacio in Edward Dmytryk's Pacific war movie Back to Bataan (1955); Portuguese, as a sinister sea captain known only as Portugee, in Raoul Walsh's tall-ships adventure The World in His Arms (1955); Roma (or Gypsy), as Quasimodo, the title role in Jean Delannoy's The Hunchback of Notre Dame (1956); Inuit, as arctic hunter Inuk, in Nicholas Ray's The Savage Innocents (1960); Hebrew, playing the title role in Richard Fleischer's biblical epic Barabbas (1961); Arab, as the Bedouin leader Auda Abu Tayi in David Lean's Lawrence Of Arabia (1962); Mongol, as Kublai Khan in the Italian-made historical epic Marco the Magnificent (1965); Ukrainian,  as Kiril Lakota, the newly elected pope in Michael Anderson's The Shoes of the Fisherman (1968); and finally as a Basque, playing the starring role in J. Lee Thompson's 1975 Second World War thriller The Passage. Anthony Quinn died in 2001 at the age of 86.