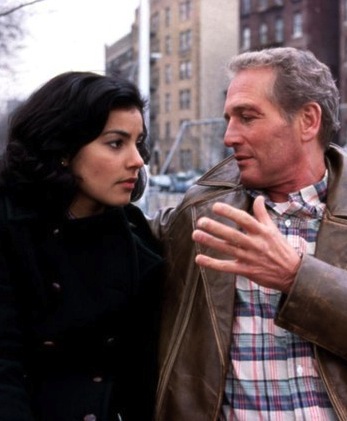 Being human under siege


Believe that good will come of doing good


Ferguson is burning. Monday (November 24), a grand jury in St. Louis County, Missouri, announced that Darren Wilson, the white policeman who shot unarmed black teenager Michael Brown on August 9, will not be indicted. People in the community took to the streets to protest the verdict, a peaceful demonstration that turned into a riot. More than a dozen buildings were set on fire and police cars were torched, scenes that news crews beamed around the world. Thousands gathered in other U.S. cities, including New York, Washington, Chicago, Los Angeles, Philadelphia and Oakland, California, evidence of the winter of racial discontent that has settled over America. The pictures have become all too familiar: Police, body-armoured to the point where they resemble Imperial Storm Troopers, lined up against the very people they are sworn "to serve and protect." The irony has not been lost on the entertainment industry. Though heroic policemen can still be found on the classic movie channels, today's cop shows are more likely to feature conflicted, often corrupt individuals wearing the badge and gun. Director Daniel Petrie, born on this day (November 26) in 1920, identified the growing siege mentality in urban law enforcement more than 30 years ago in his honest, ultimately hopeful 1981 drama Fort Apache, the Bronx.

Wednesday, February 11, 1981.
FORT APACHE, THE BRONX. Written by Heywood Gould. Suggested by the stories of Thomas Mulhearn and Paul Tessitore. Music by Gary Green and Jonathan Tunick. Directed by Daniel Petrie. Running time: 125 minutes. Restricted entertainment with the B.C. Classifier's warning: some brutal violence and suggestive scenes. SCORE ONE FOR NEW YORK. With Fort Apache, the Bronx, the latest shot in the long screen war involving the Los Angeles, San Francisco and New York Police Departments, the Empire State strikes back with a winner.
Lord only knows how it all started. Television fanned the flames, lionizing the LAPD as early as 1952 in Dragnet. The SFPD hoisted its flag with The Lineup, a series that went on the air in 1954. The Naked City was New York, circa 1958.
(The California-based series each generated big screen movies — Dragnet in 1954 and The Lineup in 1958. TV's Naked City series was based on director Jules Dassin's 1948 feature film.)
These early entries in the mean streets stakes all featured dutiful, dedicated and effective heroes. More recently, though, the cops have come in various shadings.
The French Connection (New York; 1971) and Dirty Harry (San Francisco; 1971) offered us urban vigilantes who just happened to wear badges. Serpico (New York; 1973) was an outsider because he wanted to be dutiful, dedicated, etc., and Freebie and the Bean (San Francisco; 1974) were just self-destructive flakes.
Los Angeles then gave us The New Centurions (1975) and The Choirboys (1977), a good look at the emerging siege mentality in the precinct house. In New York,  meanwhile, the star of Serpico (Al Pacino) and the director of The French Connection (William Friedkin) got together to make Cruising (1979), the story of a confused, thoroughly unsavoury homicide investigation.
Be thankful for Fort Apache, the Bronx, a picture that manages to be both existential (good and bad are relative) and sentimental (there are good guys and there are bad guys, even in an existential world). In his absorbing new film, director Daniel Petrie reflects the yearning for order and humanity even in the midst of unrelenting cynicism and despair.
The setting is New York's 41st precinct. It's located in the South Bronx, a 40-block area containing 70,000 people with the lowest income per capita, the highest unemployment rate, the fewest number of English-speaking citizens and the highest crime rate in the city.
The 41st has all the hard cases. All the NYPD's embarrassments — the good cops who are too good and the rotten apples — find themselves assigned to the 41st. Besieged on all sides, they call their station house "Fort Apache," an outpost in hostile territory.
The film opens with a pair of rookie patrolmen bantering Charlotte (Pam Grier), a hopped-up hooker who looks as if she's had one too many bad nights. Suddenly, she produces a Saturday night special and empties it into their heads.
As far as Commander Dugan (Sully Boyar) is concerned, cop killing is just one more reason to be happy that he's leaving the 41st. "There's enough dirt in this precinct to bury every smart-ass cop in the city," he snarls to his replacement, Dennis Connolly (Edward Asner), a by-the-book officer sent down from headquarters to clean up the Bronx.
Connolly's arrival and the rookie deaths are the events that set screenwriter Heywood Gould's plot in motion. The focus of the film is on patrolman Andrew Corelli (Ken Wahl), and his irreverent, streetwise partner, John Joseph Vincent Murphy III (Paul Newman), a twice-busted 18-year veteran.
The young cop respects, perhaps even idolizes, the older man. Their story recalls the Stacey Keach/George C. Scott pairing in The New Centurions, with the two men working out personal relationships in a plotline that runs parallel to the main action.
It is with such humanizing material that Petrie (a director known for his 1976 television feature Eleanor and Franklin, and its 1977 sequel, The White House Years) is at his best. Unlike William (Cruising) Friedkin's code of action for its own sake, Petrie is more academic, demanding that even a tale of senseless violence must respect the dramatic rules of cause and effect.
Petrie's Bronx is a world in which tragedy and justice interweave. Here, even a senseless act generates a set of logical and, for the filmgoer, identifiable confluences.
Thus, the lonely, divorced Murphy's casual involvement with Isabella (Rachel Ticotin), a nurse in the local emergency ward, will grow into love. Her casual involvement with hard drugs is something that Murphy knows he'll just have to accept.
In the small world of the South Bronx it is possible for a cop killer, drug dealers, a cop's lover and the cop himself to interact without one knowing about the others. It is possible to fit all the pieces together in a story that is compelling and satisfying, without it feeling contrived.
Fort Apache, the Bronx is the story of a cop who prefers to keep his gun in his holster; he disarms potential killers with good humour and delivers babies in tenement apartments. Confronted with both personal tragedy and a life-shattering crisis of conscience, he reacts in a way that is both human and heroic.
Good guys just may be coming back into style.

Afterword: Canadian-born Daniel Petrie was an optimist. A director who learned his craft during television's "golden age," he believed in the positive social values contained in such shows as Justice (1954-1956; a series about Legal Aid lawyers), East Side/West Side (1963-64; a drama focusing on a team of urban social workers) and The Defenders (1961-1965; a father-son law firm takes cases involving important issues). Important issues were at the heart of his first two feature films. The Bramble Bush (1960), based on a potboiler novel, may have been the first Hollywood movie to deal directly with the right-to-die debate. A Raisin in the Sun (1961), based on the 1959 Broadway play, was a breakthrough film in its depiction of African-Americans on screen, and a nominee for the Palme d'Or at the Cannes Film Festival. Nor did the man forget his roots in Glace Bay, Nova Scotia. When the opportunity arose, Petrie returned home to make his "memoir" movie, The Bay Boy (1984). He fathered two sons, Daniel Petrie Jr., and Donald Petrie, both of whom followed him into the business of writing and directing movies.

See also: For my mid-August reaction to the events in Ferguson, Missouri, and the rise of police SWAT squads in the U.S., read my review of director John Badham's 1983 feature Blue Thunder.