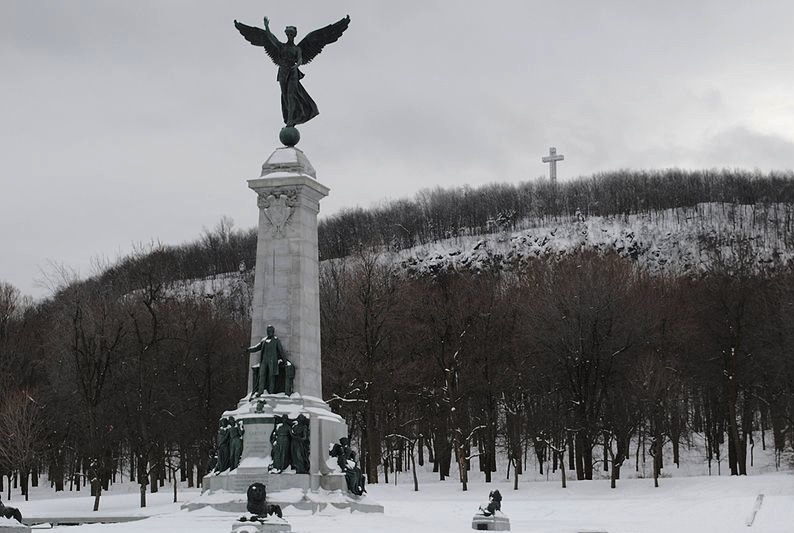 Since 1643, a cross has stood atop Montreal's Mont Royal, proclaiming the the city's faith in the future.


Founded on this day (May 18) in 1642, the City of Montreal offered its offspring more than 300 years of multicultural inspiration. Test your knowledge of those Quebecers who found fame in Hollywood with Reeling Back's Mount Royal Mummers quiz.

THE SITE OF THE TREND-setting Expo 67 World's Fair, Montreal takes pride in  being "Canada's Cultural Capital." Though conquered militarily (in 1759), the Quebecois maintained their language and customs to build a distinct society within the confederated state. The dynamic tensions between European French and North American English influences resulted in a creative community of theatrical performers. From the descriptions given below, identify the following Montreal-born film personalities:

1.    An Oscar nominee for her performance as the ill-fated Anne Boleyn (in 1969's Anne of the Thousand Days), she has distinguished herself in two languages and the films of four nations — Britain, France, Canada and the United States.

2.     As Bronwyn, a medieval peasant girl, she so excited the passion of The War Lord (1965), played by Charlton Heston, that he demanded the right of the first night. Years later, when Heston played a naval officer trapped in a sunken submarine (Gray Lady Down; 1978), she was his faithful wife, waiting anxiously on the surface.

3.     He won critical praise for his portrayal of Dr. Copeland, friend of the deaf-mute John Singer (Alan Arkin) in The Heart Is A Lonely Hunter (1968), but he is probably best remembered for his continuing role as Harry Miles on television's Peyton Place prime time soap opera (1968-69).

5.     Her studio billed her as "The First Lady of the Screen." And why not? She'd won a best actress Oscar (for 1930's The Divorcee), been nominated for five more and, in real life, was Mrs. Irving Thalberg, the MGM studio boss's wife.

6.     After menacing James Bond as the title character in 1962's Dr. No, he played crime lord Salvatore Marazano, creator of the "family" structure of organized crime in the United States (The Valachi Papers; 1972). He then returned to Montreal to play Richard Dreyfuss's ailing, intellectual Uncle Benjamin in The Apprenticeship of Duddy Kravitz (1974).

The above is a restored version of Quiz 5, one of 78 included in The Canadian Movie Quiz Book by Michael Walsh, originally published in 1979. For additional information on this archived material, please visit my FAQ.