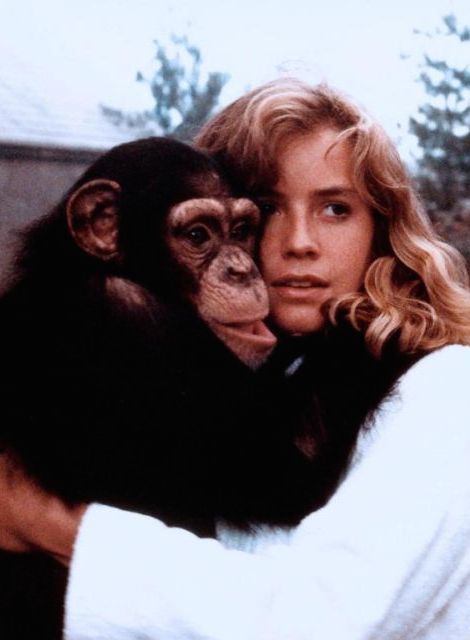 
A special feeling for society’s outsiders


This edition of Reeling Back’s Coincidental Events is brought to you by the letter E. Today (February 12), we remember the Great Emancipator, U.S. President Abraham Lincoln, who was born on this day in 1809. We honour an Egyptologist, England’s Master Exhumator Howard Carter, who lifted the lid of Tutankhamun’s sarcophagus on this day in 1924. Mostly, though, we celebrate Evolutionary Theorist Charles Darwin, whose 1809 birthday has been marked by science sophisticates since 2003 as Darwin Day. This year (2018), its date coincides with British Columbia’s Family Day statutory holiday, which means that the observant in Canada’s Pacific province have all day to party together, or just settle back and reread On the Origin of Species. Like Lincoln’s 1862 presidential proclamation abolishing slavery, Darwin’s 1859 bestseller was a game-changer. It introduced the concept of natural selection — the key mechanism of evolution — which became the cornerstone of modern biology. It was followed by The Descent of Man (1871), and the continuing controversy between religious “creationists,” who take the Biblical account of Adam and Eve literally, and those willing to believe that apes are a part of the human family tree. For the most part, the popular culture draws its best inspiration from Darwin, among them director Richard Franklin’s imaginative 1986 simian shocker, Link.

Tuesday, October 28, 1986.
LINK. Written by Everett De Roche. Music by Jerry Goldsmith. Produced and directed by Richard Franklin. Running time: 103 minutes. Mature entertainment with the B.C. Classifier's warning: some violence, occasional nudity. RICHARD FRANKLIN MUST HAVE noticed. When they made ape movies, chimpanzees (and their cousins the orangutans) get all the good parts.
From Bonzo to J. Fred Muggs, chimps are the choice for light comedy, while the great apes — gorillas like Kong, Konga or Mighty Joe Young — are cast as figures of menace. Chimps are the good guys on The Planet of the Apes, and good buddies with jungle-man heroes such as Tarzan. Orangutans hang out with superstars like Clint Eastwood.
Franklin, an Australian-born filmmaker who takes obvious delight in  working off-type, goes against the "good ape" stereotype in Link, a lady-in-distress tale that casts one as its desperate, surprisingly tragic villain. Link (Locke, an orangutan with dyed fur so he can play a chimp in the film) is fighting for his life in the only way he knows.
The distressed lady is Jane Chase (Elisabeth Shue, last seen as Ralph Macchio’s uptown girl friend in 1984’s Karate Kid), an American student at the London College of Science. Having talked herself into a job with anthropologist Steven Phillip (Terence Stamp), she takes up residence at his seaside “monkey house,” a remote Victorian manse where Link and his companions, Voodoo (Carrie) and Imp (Jed), are allowed to range freely.
When she arrives, Phillip is arranging for the disposal of his two elder apes. Voodoo, a female having difficulty carrying her offspring to term, is to be sold, while the 45-year-old Link is to be “put down.”
Phillip’s “old boy,” Link understands rather more than the professor knows. One morning, Jane awakes to find herself alone in the the house with a male primate approximately eight times stronger than she is,  a critter that stares with intense fascination when she steps out of her clothes to take a bath.
A director with a special feeling for outsiders, Franklin’s most recent films have featured sympathetic portrayals of a lonely kid (1984’s Cloak & Dagger) and a rehabilitated homicidal maniac (Psycho II; 1983). Here he takes the process one step further, developing the story of a not-so-dumb animal as it attempts to take control of its own fate.
Like most people, Jane has little fear of chimp-like apes and no presentiment of danger. Our good will toward man’s ape cousins works against Franklin, who must use all of the standard  thriller techniques to inject the least bit of  suspense and foreboding into his picture.
Like such films as 1981’s Venom, Cujo and Of Unknown Origin  (both 1983), Link is a craftsmanlike attempt to make a chiller featuring recognizable critters rather than fantasy monsters. Not just another gorilla-suit movie, it attempts to be different and succeeds in being thought-provoking.
*    *    *
MARLENE DIETRICH in a gorilla suit? Yes, indeed.
The clip seen on the television during Link's opening sequence is the “Hot Voodoo” musical number from director Josef von Sternberg’s 1932 feature Blonde Venus.
Dietrich makes her entrance in a full gorilla suit. The number’s musical style served to inspire Franklin's composer Jerry Goldsmith to create yet another of his fascinating film  scores.

Afterword: I thoroughly enjoyed Aussie director Richard Franklin’s 1984 American film Cloak & Dagger, and might have been even more favourable to Link if North American audiences had been allowed to see the whole thing. Unfortunately, scissormania seems to have been epidemic in Hollywood in the mid-1980s. Afraid that young audience members had compromised attention spans, studios such as Universal decreed that plot and dialogue were incidental to the action, with the result that a film such as director Ridley Scott’s 1985 fantasy Legend  was recut for the “domestic market.” The surgery included replacement of its European Jerry Goldsmith score with more teen-friendly music by Tangerine Dream.
Franklin’s made-in-England feature was fortunate in that it retained its wonderfully inventive Goldsmith score. Even so, Universal’s faceless executive tastemakers found Link  too talky and ordered cuts. In all, the picture lost 13 minutes, most of it from from scenes involving the Terence Stamp character's thoughts on the place of man in the larger universe, ideas that Darwin opened our eyes to in his work on natural selection.