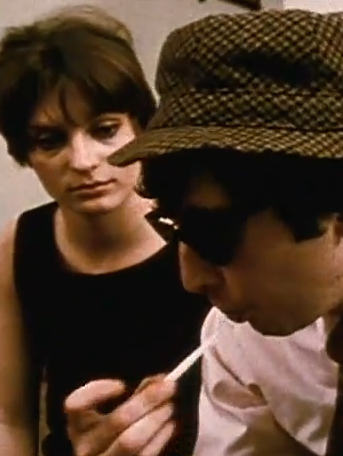 In search of fulfillment


The story of domestic feature filmmaking in Vancouver begins with Larry Kent. Born on this day (May 16) in 1937, Kent made three independent films in B.C., cultivating his techniques for challenging hypocrisy and censorship, artistic tools that resulted in his centennial year outrage, 1967’s High.

THE CURIOUS CASE OF CINECITY and the [Ontario] Censor ended yesterday [January 16, 1968] in a compromise, with everyone relieved except filmmaker Larry Kent.
The controversy, which led to the temporary suspension of the licences of both the Cinecity Theatre and its projectionist, grew up over Mr. Kent’s banned film High.
Its outcome could have been the permanent darkening of the 250-seat art cinema at Yonge and Charles Street [in Toronto]. Instead both sides gave ground, the licencing papers were restored late yesterday afternoon and it was business as usual by the regular evening showtime.
The Kent film (reviewed below), a Canadian underground movie, was originally scheduled as the feature attraction on Monday night’s program for the theatre’s New Cinema Club.
Attendance at the once-only screening would have been restricted to members of the New Cinema Club, and club officials had anticipated little trouble in obtaining the approval of the provincial censor’s office.
If the film had been passed, it would have had its premiere showing in a commercial movie house. Although High had been scheduled to take part in last summer’s Montreal International Film Festival, a ban imposed by Quebec censors kept it from the screen.
High is also banned in British Columbia and, at 10 a.m. Monday, Ontario was officially added to the list. In keeping with censor board tradition, no reasons or explanations were offered for the action.
“We just don’t like the film,” chief censor O.J. Silverthorne told Cinecity vice-president Willem Poolman.
A substitute film was presented for the 90 club members who turned out to the theatre despite Monday’s heavy snow. A theatre inspector was on hand in the projection booth during the entire film club program to enforce the censor’s ruling.
Cinecity’s management rescheduled the now banned High for a closed press screening yesterday at 11 a.m.
Tuesday, provincial inspector Vernon Castle arrived to halt the private screening and to seize the licences of projectionist Louis Straff and the Cinecity theatre. Acting on the orders of censor Silverthorne, Mr. Castle padlocked the theatre for all presentations, including the regularly scheduled evening performances of a censor-approved film, The Power Game.
An afternoon of talks between board officials and Cinecity president David Fry brought about a final settlement. Cinecity relinquished its right to show High. In return, the Theatre Board returned the Cinecity licences.
Mr. Poolman indicated that the board is particularly concerned with Cinecity because of its close association with the New Cinema Club. “I don’t agree with their decision about High,” he said. “But that’s not important. We must comply with the laws.”

HIGH. No music credit. Written, produced and directed by Larry Kent. Running time: 80 minutes.
IT’S ENTIRELY POSSIBLE THAT Larry Kent prepared two separate, entirely different versions of his film High.
The first print must be incredibly smutty and used by him only to antagonize censors.
The second, he certainly saves to beguile critics. It was the second version that was on view last night, screened through the courtesy of the National Film Board of Canada. (The NFB theatre, located in the Lombard Street Federal Building, is outside the jurisdiction of Ontario’s provincial government.)
High is the work of neither an amateur nor a pornographer.
Larry Kent demonstrates, through his production, direction and authorship of the movie, a professional craftsmanship and genuine creative talent.
His work, unlike that of many so-called underground filmmakers, has a technical excellence that makes it a match for almost any commercial theatrical feature.
After finally having seen Kent’s much-discussed (though little-viewed) film, it is difficult to be anything but an apologist for the stocky cinema artist.
It is more difficult still to understand what possible criterion Ontario’s chief censor, O.J. Silverthorne, can be imposing upon this visually attractive, thought-provoking film.
All the possible charges — nudity, portrayal of sexual relations, drug usage — dissolve when held up against the precedents already established in this province.
It remains rank hypocrisy on the part of the censors to pass Roger Corman’s convoluted LSD epic The Trip [1967] or Michelangelo Antonioni’s vacant dream Blow-up [1966], and deny High.
Spencer Tracy, in Guess Who’s Coming to Dinner [1967], uses more vile language than do any of Kent’s characters. Kent has substituted drugs for liquor to tell a story with a theme similar to that of the Oscar-winning Days of Wine and Roses [1962]. Unlike the Corman film,  High does not celebrate the glories of drug-induced idylls so much as emphasize the loss of perspective, dignity and human values.
Set in Montreal, the film’s focus is on Tom (Lanny Beckman), a hippie Lothario who gets by dealing marijauna. Things begin to spiral out of control when he falls in love with one of his romantic conquests, an intense librarian named Vicky (Astri Thorvik).
Kent is a man who knows how to use a camera and he uses it well. What his principals lack in professional acting ability, what his script lacks in direct messaging, is more than made up for in evocative camera effects.
High’s controversial boudoir sequences are a small proportion of the whole film and lack the direct erotic impact of John Vernon’s union with Angie Dickinson in Point Blank [1967].
Sex in High is poignant rather than passionate, searching rather than fulfilling. It is a meaningful, necessary and totally honest part of the plot.
High is a good film and a worthy contribution to film art. It is also a Canadian film made by a Canadian cast and crew.
It is unfortunate, indeed, that adult Canadian audiences may never be permitted the right to exercise their own critical judgement on their countryman’s production.

The above is a restored version of a Toronto Telegram review by Michael Walsh originally published in 1968. For additional information on this archived material, please visit my FAQ.

Afterword: I remember it as my Front Page moment. When the Cinecity theatre screen went blank that morning in 1968, I was no longer the Telegram’s junior film critic but its reporter on the scene of a breaking news story. After establishing the facts on the ground, I ran across Yonge Street to the nearest pay phone to dictate my report to the rewrite desk. It made Page One of the day’s second edition, and was picked up by the Canadian Press news service.(Years later, I would come across a clipping of the CP version that had run in Vancouver’s Province.)
The above feature, written in the office some 36 hours later, included my first published review of a Larry Kent film. The South African-born director was well established as the bad boy of Canadian cinema on the day High failed to open in Toronto. He had three previous features to his credit, all made in Vancouver. “The guy was a madman to think he could do what he did,” fellow film artist Jack Darcus told Cinema Canada magazine’s Ági Ibrányi-Kiss in a 1974 interview. “None of us would be making films in Vancouver if Larry hadn’t gotten off his arse and made the first one.” Called The Bitter Ash, Kent’s debut feature was made at the University of British Columbia with an all-student cast and crew. Released in 1963, it told the story of a would-be playwright living in an off-campus world of sex, drugs and despair.
Screened in university auditoriums across the country, The Bitter Ash provoked a series of confrontations with provincial censors that gave Kent his national prominence. He followed it up with 1964’s Sweet Substitute, an examination of teenaged sexual experimentation,  A downbeat drama, it was commercially distributed in the U.S. as Caressed. Kent’s third feature, When Tomorrow Dies, was shown at the 1966 Vancouver International Film Festival, where it won the event’s $1,000 Centennial Prize. Afterwards, the writer-director relocated to Montreal, then the creative centre of Canada’s nascent production industry. It was there that he made High, a feature scheduled to premiere in the Canadian Film Festival portion of the Expo 67 edition of the Montreal Film Festival.
That didn’t happen. The Quebec Censor Board banned the picture for its “permissive love-making and crime.” This outraged the other filmmakers in the competition, and the winners — Alan King for Warrendale and Jean-Pierre Lefebvre for Il ne faut pas mourir pour ça — agreed to split the $5,000 prize with Kent. The jury president, France’s Jean Renoir, joined with such big-name attendees as Fritz Lang and Warren Beatty in condemning the board’s action. The incident, according to some film scholars, led the Quebec government to replace its provincial censors with a film classification system. Just five months later, Ontario’s censor decided that High would be a no-show at its Toronto premiere.
Located two blocks east of the University of Toronto campus, Willem Poolman’s Cinecity is remembered as Toronto’s first art movie house. Housed in an ornate former postal station, it operated from 1966 to 1975, expanding the market for independent and domestically-made films. In the case of High, though, it was the NFB that stepped up to directly challenge the censor’s authority. By opening his theatre for a press screening, the film officer in charge of the Board’s Toronto office was making a powerful statement in support of freedom of expression. When I asked him what would happen if a provincial inspector turned up to stop the show, he smiled. “The R.C.M.P. will be at the door to remind him that this theatre is out of his jurisdiction,” he said.
Although High would remain largely unseen in Canada, it did make it to the U.S. In April 1969, where it was reviewed by New York Times film critic Vincent Canby. “Laurence L. Kent, the young Canadian filmmaker, persists in trying to make serious movies that often land in sex-exploitation theaters,” he wrote. Although major commercial success has eluded him, Kent continued to make movies. In his 2001 survey Take One’s Essential Guide to Canadian Film, Wyndham Wise reminded us that “of all the filmmakers from the 1960s, Larry Kent is the most consistently and unjustly underrated.” Today (May 16) is Larry Kent’s 80th birthday.