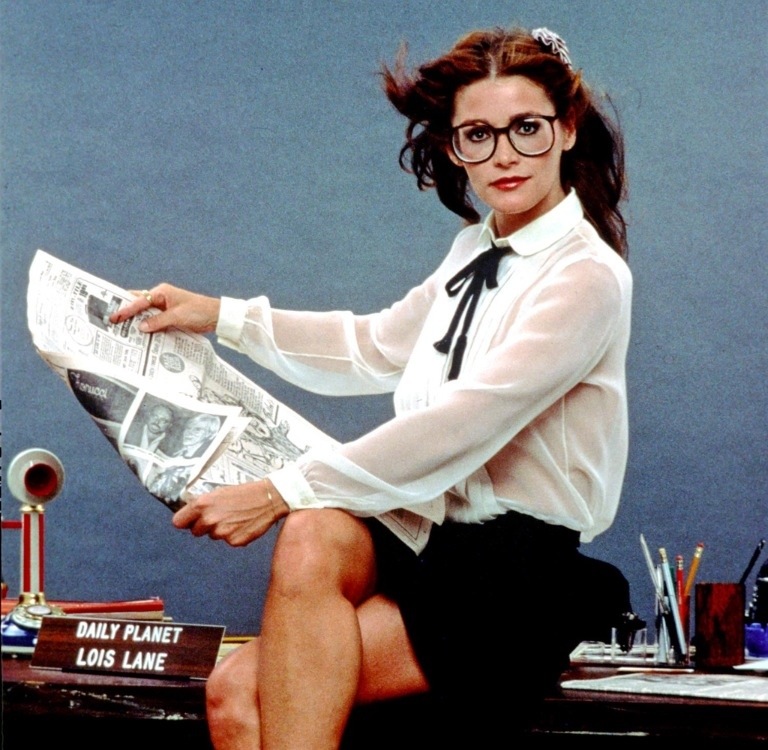 
It wasn't until Christopher Reeve convinced us a man could fly that comic-book movies really took off. But this first flight was a newspaper film as well, and it was Margot Kidder's Lois Lane that made all the difference at the Daily Planet.

Friday, December 29, 1978.
SUPERMAN, THE MOVIE. Written by Mario Puzo, David Newman, Leslie Newman, Robert Benton and Tom Mankiewicz, based on the characters created by Jerry Siegel and Joe Shuster. Music by John Williams. Directed by Richard Donner. Running time: 143 minutes. Rated Mature.
THEY'VE STOPPED holding their breath at Warner Brothers. The $50-million gamble is going to pay off. Superman, The Movie is this year's Star Wars (1977).
The real gamblers, of course, are the Salkinds, Alexander and Ilya, a father-son producer team that takes great delight in dancing through creative minefields. Five years ago, they brought together a bizarre combination of artists to produce the breathtakingly successful Three Musketeers (1973).
They've done it again with Superman, one of the most marvellous bits of screen magic that I've ever seen.  They succeed in mixing together all the right ingredients to bring forth a fabulous film entertainment. Among the elements:
● Richard Donner, a former TV director whose previous big screen credit was the atmospheric screamer The Omen (1976).
● John Williams, a composer who captured two Oscar nominations last year, one for his Star Wars score. the other for Close Encounters of the Third Kind.
● David Newman, Leslie Newman, Robert Benton and Tom Mankiewicz, the script doctors who moulded Mario Puzo's derivative ideas into a superb, laugh-filled screenplay.
● Marlon Brando and Gene Hackman, the top-billed stars who show the style that made them both Oscar winners. The real honours, though, go to Margot Kidder and Christopher Reeve.
Kidder, originally from Vancouver, turns Lois Lane into the film's plum role, a liberated lady who falls in love with that strange visitor from another planet. Reeve, a virtual unknown, scores a solid personal triumph. To rework a phrase from an old James Bond ad campaign: Reeve is Superman.
Though it's on screen for nearly two and a half hours, audiences are frequently heard to complain that this picture is too short. Superman. Super movie.

AFTERWORD: Space was very much at a premium at the Vancouver Express, so there wasn't much room to comment on the Alberta location work, the appearance of real-life critic Rex Reed in a cameo role or the delightful chemistry between actors Christopher Reeve (as mild-mannered reporter Clark Kent) and Margot Kidder (creating the definitive Lois Lane). In Vancouver, where the film was preview-screened in the Capitol Theatre, something remarkable happened. Following the film's opening titles (backed by composer John Wiilliams' soaring score), the audience actually broke into applause.