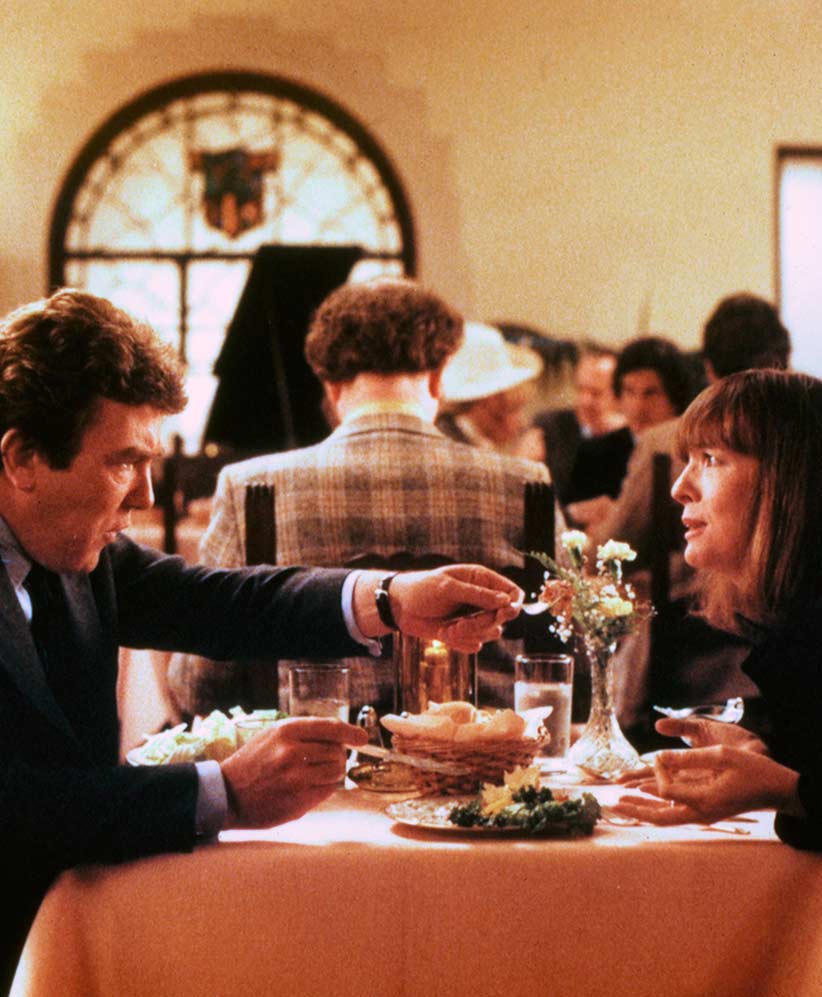 Their marriage on the rocks, George (Albert Finney) and Faith Dunlap (Diane Keaton) air their grievances over a restaurant meal in director Alan Parker’s 1982 domestic comedy, Shoot the Moon.


Bailing on their California dream


There are sports fans who will argue that baseball, not association football, is the beautiful game. They still remember that it was on this day (August 11) in 1929 that Yankee slugger George Herman (Babe) Ruth hit his 500th home run. As 25,000 fans cheered, the ball soared out of Cleveland’s League Park into a sunlit afternoon sky, creating a summer memory to last a lifetime. There are movie fans who know that Hedy Lamarr was more than just a pretty face. They know that it was on this day in 1942 that the brilliant Hollywood star was awarded a patent on the communications system that is the basis for today’s mobile phone technology. There are political junkies who delight in those moments when the powerful reveal their inner selves. It was on this day in 1984 that U.S. President Ronald Reagan made the mock announcement that “I’ve signed legislation that will outlaw Russia forever. We begin bombing in five minutes.” His joke, made during a sound check before a radio broadcast, was later leaked to the press. Born on this day (August 11) in 1950, Vancouver blogger Raymond Tomlin shares my own pleasure in politics, baseball and the movies. Among his favourite feature films is director Alan Parker’s darkly comic tale of marital breakdown, 1982’s Shoot the Moon.

SHOOT THE MOON. Written by Bo Goldman. No music credit. Directed by Alan Parker. Running time: 124 minutes. Mature entertainment with the B.C. Classifier’s warning: frequent coarse language, some nudity. EVERY BUSINESS HAS ITS specialists. According to satirist Tom Lehrer, there are doctors who specialize in diseases of the rich.
In the movie business, Alan Parker is a director who zeroes in on the problems of the over-privileged. A former producer of television commercials, Parker’s films seem based on the belief that the stupid have inherited the earth.
Four years ago [1978], he told us the story of a brainless kid whose ineptitude as a drug smuggler landed him in the slammer. A cynical falsification of the truth, Midnight Express not only expected us to feel sorry for the dumb doper, but accept him as a hero.
Two years ago [1980], Parker showed us how tough it is to be a talented teenager in New York, a city where the board of education operates a High School of Performing Arts. Basically a let’s-put-on-a-show musical, Fame asked us to care about these poor kids, most of whom will never become multi-millionaire superstars despite their tax-supported leg up in the business.
Now comes Shoot the Moon, Parker’s look at marital breakdown. For George (Albert Finney) and Faith (Diane Keaton) Dunlap, the honeymoon is over and Parker offers us a slick, superficial look at their painful parting.
No Ordinary People (though cinematographer Michael Seresin works hard to create a visual style reminiscent of the 1981 best picture Oscar winner), the Dunlaps are a four-daughter, two-car family who live in a renovated farm house in rural Marin County, California.
The film opens on the evening of the International Book Awards ceremony in San Francisco. George, a successful writer, wins the non-fiction prize. The next morning, following a plate-breaking argument, he moves out on Faith and in with Sandy (Karen Allen), a young divorcee who understands him.
In the real world such a break-up would result in severe economic hardship for the abandoned, non-working wife. In Shoot the Moon, Faith just goes ahead with her plan to build a $12,000 tennis court on the family acreage.
Having set his characters in a kind of Kramer vs. Kramer never-never land, screenwriter Bo (Melvin and Howard) Goldman trots out a selection of set pieces for our consideration. Among the vignettes on offer:
●    The kids’ Sunday outing with daddy. See Sandy, daddy’s new roommate,  attempt to win over George's brats.
●    The dying parent confrontation. Hear George trying to explain himself to Faith’s hospitalized father (George Murdock).
●    The single mother’s first date with another man. See Faith playing   will-she-or-won’t-she with building contractor Frank Henderson (Peter Weller) in her memory-filled living room.
●    The argument in public. Hear George and Faith air their individual grievances in the middle of a crowded restaurant.
Parker approaches his material with all the sensitivity of a TV director assigned to cover a demolition derby. He doesn’t really care how any of the characters/vehicles came to be where they are. His job is to get the maximum number of nerve-shattering crashes on screen.
In a demolition derby, the vehicles are stripped-down shells. Here, the characters have been reduced to familiar stereotypes, with Finney playing the baleful, self-pitying artist, Keaton the self-centred survivalist and Allen pretty much wasted in the role of the hedonistic predator.
If the picture generates any sympathy at all, it is for the children, who are always the innocent victims of adult irresponsibility. TV actress Dana Hill is capable in the difficult role of Sherry, the teenaged daughter who deeply resents her dim-witted father’s infidelity.
Unfortunately the kids, like everything else in Parker’s movie, are just so much window dressing. The object of the exercise is surface effect, not genuine drama, and any feelings of truth that creep in are purely coincidental.

Afterword: Asked what movie he’d like to see added to the Reeling Back archive, Ray named the eclectic Alan Parker’s fourth feature film. “I cannot begin to tell you how much I loved Shoot The Moon," he said. "(It) was the first film I recall seeing that used music to propel the story forward, the lyrics of various of the songs in the movie acting as commentary on the specific in situ circumstance a character was experiencing / living through.” As the above review makes obvious, I had a less positive reaction. Rereading it today, I recognize my personal politics coming to the fore. It was the early years of the right-wing “Reagan Revolution,” and I found myself tacking to the left. To my mind, Hollywood was rather too sympathetic to the problems of rich people.
Alan Parker, as it turned out, was no ideologue. The director who made his feature debut with the idiosyncratic British musical comedy Bugsy Malone, he followed Shoot the Moon with the 1982 rock fantasy Pink Floyd: The Wall, a psychedelic take on celebrity psychosis that integrated surreal animation into its live-action story. The critical community began to warm to Parker’s individual vision — a combination of music and drama that Ray had picked up on in Shoot the Moon — with his 1984 feature Birdy. An examination of a Vietnam veteran experiencing post-war stress, it featured a ground-breaking score by Britain’s Peter Gabriel.
Not an artist to repeat himself, Parker then wrote and directed the neo-noir thriller Angel Heart, a 1987 film in which the devil has a speaking role. A year later, his down-to-earth historical drama Mississippi Burning was nominated for seven Academy Awards, including best picture and director. By that time, I was completely won over, and looked forward to a new Parker film with anticipation.
His 1990 release, Come See the Paradise, offered a complex look at race and labour relations during the Second World War. Then came 1991’s The Commitments, the movie that introduced us to “Dublin Soul.” Though not overtly political, I was pleased to see Parker tacking left and applying his considerable talent to stories of working-class folk. In recent years he’s given us the issues-rich The Road to Wellville (1994), Evita (1996), Angela’s Ashes (1999) and The Life of David Gale (2003). Tuesday (August 8, 2017), a stage adaptation of the writer-director’s 1976 screen musical Bugsy Malone opened for a six-day run at London's Theatre Royal Windsor. And, no, I don’t begrudge Sir Alan Parker his 2002 knighthood one bit.