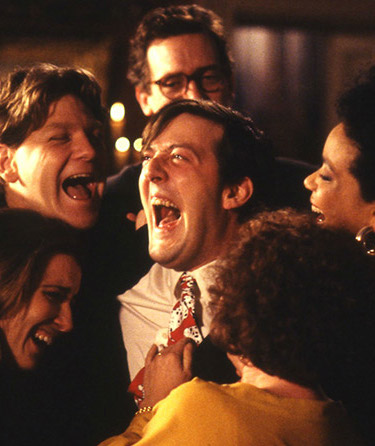 On the eve of a new year


The Big Chill with English accents


Tonight (December 31), New Year’s Eve celebrants bidding goodbye to 2017 will note that it’s not been a great year for presidents. Plagued with undisclosed health issues, Nigeria’s president Muhammadu Buhari spent much of his year on medical leave, including nearly five months in London. Venezuela’s president Nicolás Maduro faced a year of domestic unrest fueled, it’s said, by a U.S.-sponsored campaign for regime change. Following her impeachment, South Korea’s first woman president Park Geun-hye left office in March. A military coup in November brought an end to Robert Mugabe’s 30 years as president of Zimbabwe. Earlier this month, a sniper’s bullet ended the life of Yemen’s first president, Ali Abdullah Saleh, as he attempted to shift his allegiance in his country’s civil war. After years dodging corruption charges, South Africa’s president Jacob Zuma was ousted as the leader of his party, and will likely be impeached in early 2018. In the U.S. where POTUS is a pop culture celebrity, a stricken President Tom Kirkman (Kiefer Sutherland) fell to his knees in the December 13 mid-season climax of ABC-TV’s Designated Survivor, while the November 4 firing of actor Kevin Spacey from the Netflix series House of Cards means the end of his character, President Frank Underwood. And, for movie fans, at least three presidents can be glimpsed in director Ken Branagh’s 1992 New Year’s eve comedy, Peter’s Friends.

Sunday, January 31, 1993.
PETER’S FRIENDS. Written by Rita Rudner and Martin Bergman. Musical direction by Gavin Greenaway. Produced and directed by Kenneth Branagh. Running time: 101 minutes. Rated 14 Years Limited Admission with the B.C. Classifier’s warning: frequent coarse language, occasional suggestive scenes.
NOBODY'S PERFECT.
Having come of age during the anni horribili of the Thatcher era, Peter's Friends are predictably imperfect. Despite the benefits of culture, breeding and education, they have no direction.
Together in performance on New Year's Eve, 1982, the six young university graduates are unimpressive. Ten years later, in a peppery reunion, they consider love, death and the meaning of it all.
As a concept, Peter's Friends sounds a lot like 1983's The Big Chill with English accents. Director Kenneth Branagh's third feature film, it brings together some of Ken's friends for a series of tragi-comic encounters in the stately home of its title (and titled) character.
In performance, unfortunately, the picture could be a not-ready-for-prime-time parody of The Big Chill. Despite Branagh's demonstrated brilliance — a breathtaking Henry V in 1989, followed by the inventive, winningly excessive Dead Again (1991) — there seems to be no deep meaning in this embarrassingly superficial, dramatically inert third feature.
As in Lawrence Kasdan's now-classic ensemble drama, a death brings separated friends together. Peter Morton (Stephen Fry), a sexually ambiguous bachelor, has just inherited his aristocratic father's estate.
His guests for the holidays include Andrew Benson (Branagh), now a Hollywood-based television sitcom writer, and Andrew's American wife, sitcom star Carol (Rita Rudner).
Original group members Roger (Hugh Laurie) and Mary (Imelda Staunton) are married, and work together composing England's best- known advertising jingles. Arriving alone is Maggie Chester (Emma Thompson), a sweetly desperate London book editor.
Hot-blooded Sarah Johnson (Alphonsia Emmanuel), now a West End theatre costumer, arrives with her current amour, a socially inept actor named Brian (Tony Slattery).
Carol, the American, captures the tone nicely when she complains of being stuck "in a freezing drawing room with the cast of Masterpiece Theatre."
No masterpiece, the screenplay has an artificiality that even British actors can't overcome. Written by Rudner and her real-life husband Martin Bregman, it never quite rings true.
Instead of holding up a mirror to a generation, Branagh gives in to stock company self-indulgence. A bit of brittle bitchiness that eventually gives way to self-pitying bathos, Peter's Friends is his first major misfire.

Afterword: Yes, I’d been keen on Ken. His debut feature Henry V  was responsible for launching a great revival of screen Shakespeare in the 1990s. Following Peter’s Friends, he went on to contribute lively adaptations of Much Ado About Nothing (1993), Hamlet (1996), Love's Labour's Lost (2000), As You Like It (2006) and Macbeth. (He also played Iago in director Oliver Parker’s 1995 adaptation of Othello.) As noted in the above review, I’d been equally delighted with his second feature,1991’s Dead Again.
More in sorrow than in anger, I had to warn people off Peter’s Friends. Perhaps noticing the audience’s indifference to his attempt to find comedy in the Anglo-American “special relationship,” Branagh spent the next 20 years mining the classics. In 1994, he offered his take on Mary Shelley’s Frankenstein, followed in 2006 by an adaptation of Mozart’s The Magic Flute and a remake of Anthony Shaffer’s Sleuth (2007). Given the opportunity to go Hollywood, he climbed aboard the comic-book-movie moment with Thor (2011), then cranked out the Russophobic spy-thriller Jack Ryan: Shadow Recruit (2014), a sugar-coated live-action Cinderella (2015) and a remake of Murder on the Orient Express (2017). Rumours abound that Branagh liked playing Hercule Poirot so much that he’s set to direct a remake of Death on the Nile in the near future.
And what does his New Year's eve film Peter’s Friends have to do with presidents? Well, nothing really, though we do catch sight of Ronald Reagan and the first George Bush in time-establishing archival footage. Oh, and there’s also a glimpse of a New York real-estate tycoon named Donald J. Trump.