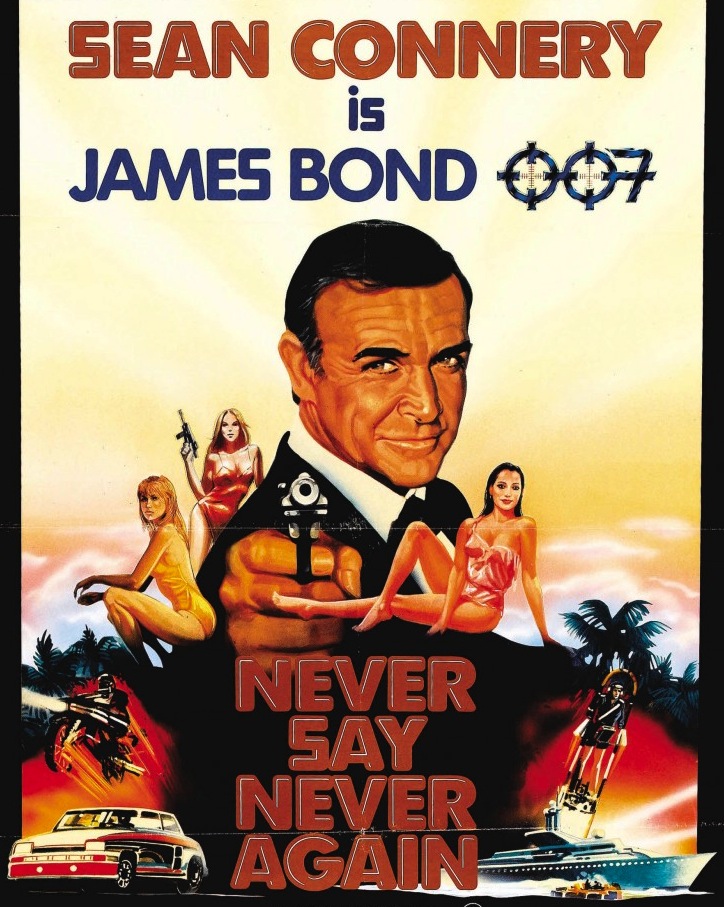 
Return to Bondage a blow for independence


Born on this day [May 28] in 1908, Ian Fleming a was an English toff, the sort whose family connections insured that he would always fail upwards. During the Second World War, he remained well behind the lines, serving as personal assistant to the director of naval intelligence. There, he learned the spycraft that was the basis for his postwar career as a writer. His first novel, the pulp-influenced Casino Royale, introduced readers to the the casually violent secret policeman James Bond. A character who stood tall for Queen and country, Bond simplified Cold War confusion, and became a pop culture success in the old Empire and the new. Fleming, lacking his character's tolerance for excessive drinking and smoking, died of heart disease at 56, having published 17 books, 14 of them James Bond adventures. He lived to see the Bond film franchise born (with 1962's Dr. No.). To date it has generated 23 films over 52 years. A 24th film is scheduled for release in 2015, and actor Daniel Craig is under contract for another film after that, offering the distinct possibility that the series' lifespan will be be longer than that of Fleming himself. Of the two features not included in the "official" canon, the more interesting is the one in which actor Sean Connery returned to the role he originated, 1983's Never Say Never Again.

Monday, October 24, 1983.
NEVER SAY NEVER AGAIN. Written by Lorenzo Semple Jr., based on the story Thunderball by Ian Fleming, Kevin McClory and Jack Whittingham. Music by Michel Legrand. Directed by Irvin Kershner. Running time: 137 minutes. Mature entertainment with the B.C. Classifier's warning: some violence, occasional suggestive scenes.
"It's not the men in my life that count, it's the life in my men."
Tira —  (Mae West, in 1933's I'm No Angel)


SEAN CONNERY WAS THE perfect James Bond. Though we've been assured that the self-mocking Scottish actor was not what author Ian Fleming had in mind at all, he made the role his own, improving and evolving the character in six of the first seven "official" 007 pictures.
Following the release of Diamonds Are Forever (1971), Connery said "never again," and the series lost its human spark. As bigger budgets were used to buy bigger sets and special effects packages, we saw the emphasis shift from the making of adult-oriented thrillers to kid-targeted action comedies.
It was all window dressing, a clever ploy to shunt the Bond character to the sidelines, and hide the fact that Roger Moore makes a rather wan secret agent. Their success in the marketplace notwithstanding, Moore's six outings in the role are all flash with little substance.
Connery is the perfect James Bond. Seeing him in the puckish Never Say Never Again is a little like meeting an old and dear friend, and discovering that you've both aged well.
Though modern in its subject and setting, the new film is a consciously nostalgic return to the full-blooded Bondage of yesteryear. Although Connery is the unquestioned centre of attention, this non-series feature also happens to be the best written, cast and acted 007 epic since the 1960s.
Director Irvin Kershner, fresh from The Empire Strikes Back, announced that he would approach the project as if it were '"the first Bond film ever made." The first American to direct a Bond picture, he is inevitably bound by certain character conventions, and the fact that this, after all, is a remake of Terence Young's 1965 feature Thunderball.
Of necessity, Lorenzo Semple Jr.'s robust screenplay involves the criminal organization SPECTRE, its theft of two atomic bombs, and its attempt to hold the world to ransom. Despite fiscal restraint and new leadership in British intelligence — Edward Fox is wonderfully eccentric as M — 007 is called out of retirement and put on the case.
The villain is philanthropist-financier Maximilian Largo, played to the hilt by Austrian actor Klaus Maria Brandauer. Last seen locally in the 1981 Oscar-winner Mephisto, Brandauer's Largo oozes feline charm and evil insanity.
Equally impressive is Barbara Carrera  as his deadly henchperson Fatima Blush. A professional assassin, she takes a sensuous, infectious delight in her assignment to terminate 007.
Fortunately for our hero, Largo's sincere, if somewhat thick, girlfriend Domino (Kim Basinger) finds herself falling for the quick-quipping British secret agent.
Here, the calculated excesses are balanced by a bracing physical reality. With one notable exception — the American navy has one very silly "top secret" weapon — the action scenes are credible, and it is obvious that the athletic Connery is performing all but the most dangerous stunt work himself.
Connery, after all, is the one we've come to watch and he doesn't disappoint. Interestingly enough, the actor's once open contempt for the Bond character, a quality that gave bite to his previous performances, has mellowed nicely.
In Never Say Never Again, he shows us a James Bond is who is coming to terms with middle age. More attractive than ever, his 007 is a man whose many resentments have matured into a capable, comfortable self-knowledge.

*   *   *
ALBERT "CUBBY" BROCCOLI TRIED to corner the Bond market. In 1960, together with his Canadian-born partner Harry Saltzman, the London-based movie producer dreamed of someday bringing the adventures of British secret agent James Bond to the screen.
Although they had no idea how the public would respond to their first 007 feature, the 1962 movie Dr. No, it made sound business sense to tie up the rights to all the Bond stories.
Unfortunately, Ian Fleming had already assigned certain rights to other people.
Casino Royale, for example, had been sold years earlier to American television. In 1954, the CBS anthology series Climax broadcast an hour-long adaptation, starring Barry Nelson. Eventually, those rights would pass to the people who made the 1967 Casino Royale feature, an off-the-wall comedy in which David Niven played ''Sir James Bond."
The rights to Thunderball belonged to producer Kevin McClory, by virtue of his collaboration with Fleming on the original storyline. A reasonable man, McClory was willing to do a deal.
In what amounted to a lease arrangement, McClory assigned his rights to the men responsible for the "official" Bond series. His name appears in the credits of director Terence Young's 1965 feature Thunderball (as producer), and he retained the right to remake the movie after 10 years.
In the mid-1970s, a full-page advertisement appeared in the entertainment trade paper Variety announcing a Kevin McClory feature film project called James Bond of the Secret Service. If that wasn't enough to ruin Cubby's day, the ad's touting of a screenplay collaboration involving "Len Deighton and Sean Connery" probably did.
A period of prolonged litigation followed, ending with McClory's right to remake Thunderball being upheld by the courts. When the picture finally went before the cameras in September 1982, production duties were being handled by McClory's new partner, Jack Schwartzman, who takes credit for coaxing  Connery back into the Bond role.
Broccoli can take comfort from the fact that this year's [1980] Octopussy, his 13th Bond production, is the best-selling film in the series to date. Schwartzman, meanwhile, is promising more to come.

The above is a restored version of a Province review by Michael Walsh originally published in1983. For additional information on this archived material, please visit my FAQ.

Afterword: Actually, there'd never again be another non-official Bond movie. Despite the satisfaction of better opening weekend earnings than Octopussy, Never Say Never Again didn't do as well in the long haul. According to figures reported on the IMDb website, Octopussy cost less to make ($27.5 million versus $36 million) and ended the year making more ($67.9 million versus $55.4 million). The official Bond feature ranked sixth among 1983's top-grossing films, while Connery's comeback finished in 14th place. Albert Broccoli's Eon Productions probably invested some of its profits into lawyers' fees, as the litigation with McClory (and others) continued. Today, all rights to the character's screen portrayals belong to Broccoli's heirs, his daughter and sons.

Play the game: In 1980, when there were only a dozen Bond features to choose among, it was easy to know everything there was to know about the big screen's most popular superspy. Reeling Back invites you to test your recollection of those simpler times with this JAMES BOND FILM QUIZ.