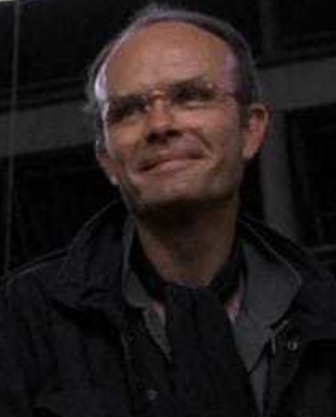 "GUNS, GUNS, GUNS!" Clarence Boddicker (Kurtwood Smith) sayeth the sooth basic to America’s state religion in director Paul Verhoeven’s 1987 feature RoboCop.
THE WHOLE STORY — To see a complete list of the 1,231 items currently posted to Reeling Back, visit the FULL SITE INDEX. To locate specific names or subjects, type your key word(s) into the Search box (located in the right-hand corner of the nameplate above), and click on the magnifying glass (search) symbol. The archive grows with some regularity, so feel free to explore.

The Ides of March


According to Shakespeare, a soothsayer once warned Julius Caesar to beware this mid-month day (March 15). And now, in 2022, public health prognosticators fear this may be the moment when the United States records its one millionth COVID-19 death.

There is a war . . . excuse me, a “special military operation” now occurring in Ukraine. As its escalation could result in our nuclear annihilation (the subject of many books and movies since 1949, the year that the then-U.S.S.R. acquired its own atomic bomb), it’s become the sole focus of most news media.

Dramatic and compelling, it is also a timely distraction from the deeper thoughts prompted by such a grim milestone looming in the COVID-19 pandemic. How is it that the United States, a nation with just four percent of the global population, has 17 percent of its coronavirus cases? Despite its wealth and access to vaccines, one million U.S. deaths — out of six million worldwide — represent 16.6 percent of the total recorded to date.

Were this moment less fraught, we might be asking ourselves what these statistics tell us about the self-proclaimed leader of the “free world.” Canada, perhaps more than any other U.S. neighbour, officially accepts the idea of an American exceptionalism rooted in something called “the American dream.” As a result, Canadians are the most deeply disappointed when the truth falls short of the high ideals, and the U.S. proves to be Number One in many uncomfortable categories.

But wait. It turns out the the U.S. is not the Number One democracy. That title current belongs to Norway, according to the annual Democracy Index compiled by the Economist magazine’s Intelligence Unit. (Canada ranks 12th on the “full democracy” list of 20 nations.) The United States is in 26th place overall, and is embarrassingly labelled a “flawed democracy.”

I could go on. The numbers attest to U.S. dominance in such areas as obesity, divorce rates, murders, student loan debt and military spending. And then there’s private gun ownership. A sacred right, it is a uniquely American belief that falls well short of sane public policy. It's maddening but, at the moment, our media are infatuated with rhyming “mad” with “Vlad,” so we are spared the bother of having to think hard about much of anything else.

So, rather than continue peering into the abyss, let’s look ahead to the Spring Equinox, a mere five days from now. I’ll enjoy the sunny days, and creating cheerful new Reeling Back postings. Since March began there have been six additions to the archive, including:

PAYDAY  — Under Daryl Duke’s able direction, this 1973 life-on-the-road drama distinguished itself as a contemporary morality play. Rip Torn stars as the Mephistophelian country singer at its centre. (March 8)

TAI-PAN  — Director Daryl Duke went on location in China to film this 1986 adaptation of the James Clavell novel, the loud, lusty tale of British drug dealers who founded the Crown colony of Hong Kong. (March 8)

DARYL DUKE — Following the premiere of his 1973 debut feature Payday,  the Vancouver-based Duke sat down with me to talk about his personal plans, and the future of movie-making in the Great White North. (March 8)

WHEN HARRY MEET SALLY . . .  — Director Rob Reiner established himself as a master of romantic comedy with this 1989 look at a decade-long courtship. Billy Crystal and Meg Ryan star as the reluctant lovers. (March 6)

JOHN KEMENY — During a 1976 visit to Vancouver, Montreal-based producer Kemeny sat down with me to discuss his long-standing dream, a feature film about the life and times of a genuine Canadian hero, Dr. Norman Bethune. (March 4)

EAST END HUSTLE — Director Frank Vitale negotiated a fine line between social commentary and sexual exploitation in this 1976 tale of a Montreal sex worker who leads a revolt against the city’s mob bosses. (March 1)