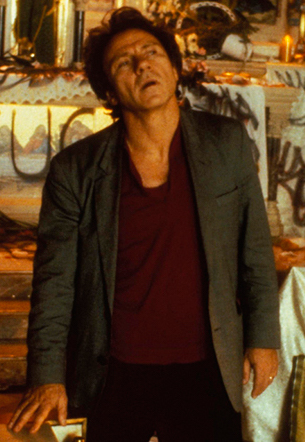 
Giving in to corruption and despair


The policeman is your friend. That, at least, is what the good folk who created today’s (January 9) National Law Enforcement Appreciation Day would have us believe. Founded in 2015 by a Missouri-based organization called Concerns of Police Survivors (C.O.P.S.), its stated purpose is to show police officers “that the difficult career path they have chosen is recognized by the people who they protect and uphold the law for.” Aware of the counter narratives promoted by such movements as Black Lives Matter, C.O.P.S. has taken the initiative “to change this negative portrayal of police officers in the news in recent years into a positive one.” Their campaign suffered something of a setback in May 2020 when a white cop named Derek Chauvin was photographed killing the non-resisting black man George Floyd on a Minneapolis street. In May 2021, a jury found Chauvin guilty of murder. Despite the best efforts of blue-line boosting television franchises like CSI, Law & Order and Chicago, issues of police brutality, militarization, systemic racism and institutional corruption just won’t go away. For the most part, feature films have favoured the pro-cop point of view. But not always. Today's five-feature package includes writer-director Abel Ferrara's unrelentingly dark vision of a New York police officer whose life has become a living hell. In it, Harvey Keitel played a Bad Lieutenant

BAD LIEUTENANT. Co-written by Zoë Lund. Music by Joe Delia. Co-written and directed by Abel Ferrara. Running time: 96 minutes. Restricted with the B.C. Classifier’s warning "brutal violence, very coarse language, nudity and suggestive scenes." BY ANY MEASURE, HE'S BAD.
He has eaten of the fruit, wallowed in the seven deadly sins and broken at least nine of the 10 commandments. A cop and a Catholic, the Bad Lieutenant (Harvey Keitel) has given in to corruption and despair.
Writer-director Abel Ferrara does not make nice. A street-level movie moralist, he understands the temptations of life in the big city, that vale of tears in which "we gotta eat away at ourselves until there's nothing left except appetite."
As Ferrara's nameless New York police lieutenant, Keitel plays a man who has perverted the public trust and indulged every appetite. In a performance of frightening intensity, he shows us a character force-feeding his senses.
Power-tripping on liquor, drugs and sex, he piles up ever more dangerous gambling debts with the local mob bookmaker. Keitel's Italian-American character is so wired that even his nose hairs are clenched.
What's more, he's a Bronx Catholic. As written by Ferrara and actress Zoë Lund, he's afflicted with a particularly Catholic kind of guilt.
Raised in the Church, the New York-born Ferrara knows that Catholic guilt is complicated by personal responsibility and free will. Fall from grace and there's no buck-passing to concepts like fate, karma or predestination.
This guilt philosophy begins to matter when a young nun (Frankie Thorn) is viciously raped on the steps of the altar of a Polish Catholic church in Spanish Harlem. Called in on the case, Keitel's lieutenant is frustrated by the abused woman's sincere forgiveness of her assailants.
Though she knows their names, she refuses to co-operate with his police investigation. Meeting an apparent saint causes the sinner cop's festering spiritual crisis to go nova.
Suffering a particularly Catholic breakdown at the crime scene, the lieutenant has a vision of the tortured Christ (Paul Hipp). His last remaining appetite, it turns out, is for redemption.
Working in the tradition of such Catholic guilt epics as The Last Temptation of Christ (in which Keitel played a sympathetic Judas Iscariot) and True Confessions, Ferrara brings an exploitation-film rawness to the realities of modern moral decay.
Not a pretty picture, Bad Lieutenant plumbs the lower depths and reminds us of Mark Twain's cautionary maxim: "It's easier to stay out than get out."

Afterword: Guilt, admittedly, is part of just about every mainstream religion. But, because my own experience is with the Catholic variety, that's the kind I usually spot it when it turns up in the movies. For example, I noticed when director Martin Scorsese claimed it as his own with his third feature, 1973’s Mean Streets, which starred Harvey Keitel in his breakout role. A year later, Francis Ford Coppola staked his claim on the theme with The Conversation, the story of a conscience-stricken surveillance expert (Gene Hackman). That said, nobody’s ever done Catholic guilt with the boundless brio of Abel Ferrara in his Bad Lieutenant, arguably actor Keitel’s greatest role.
Among the big screen’s other guilty Catholic pleasures are director Ulu Grosbard’s
True Confessions (1981), the story of an ambitious priest (Robert DeNiro) and his police detective brother (Robert Duvall) set in 1948 Los Angeles; and Frank Perry’s 1982 potboiler Monsignor, in which Christopher Reeve stars opposite Genevieve Bujold in a silly tale of post-Second World War Vatican intrigue.
Exploring the guilt theme in its female form are Norman Jewison’s 1985 adaptation of Agnes of God, all about a guileless young nun (Meg Tilly) who appears to have murdered her own baby; Michael Verhoeven’s German-language Nasty Girl (1990), the story of a Bavarian Catholic schoolgirl (Lena Stolze) who sets out find the truth about her home town during the Third Reich: and Nancy Savoca’s luminescent Household Saints, a 1994 exploration of faith and miracles in the life of an Italian-American teenager (Lili Tayler).