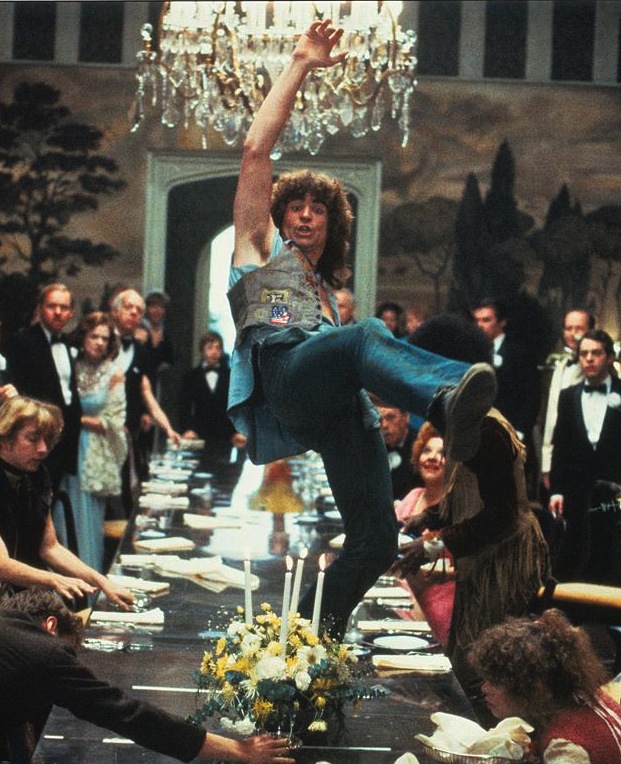 "I got life," party crasher George Berger (Treat Williams) declares to the wealthy Franklin family and its guests in Milos Forman's 1979 adaptation of the rock musical Hair.

I got life, brother!


A musical past its time made timeless


Yes, Canada has a musical theatre tradition. Listening to Vancouver composer Anton Lipovetsky's music during a November performance of the science-fiction stage comedy Broken Sex Doll, I was reminded of Galt MacDermot. In 1957, his fusion of 1940s pop with 1950s rock helped make a McGill University musical spoof called My Fur Lady a national phenomenon. Lacking a production centre like Broadway, Canada's musical theatre history consists of unlikely local hits, each a tribute to artistic tenacity. Premiered in Charlottetown in 1965, Norman Campbell's music for Anne of Green Gables - The Musical was in the Broadway style, while songwriter Ann Mortifee's contemporary scoring of The Ecstacy of Rita Joe (1967) reflected the work's West Coast sensibility. A decade later, John MacLachlan Gray's Billy Bishop Goes to War (1978) went from East Vancouver to Broadway. More recently, music and songs by Lisa Lambert and Greg Morrison for The Drowsy Chaperone (1999) made their way from Toronto to New York (and later London). Working on the margins, Canadians tend to break out with off-beat items, such as 2003's The Evil Dead, The Musical, first performed by students of Kingston's Queen's University. And, of course, MacDermot, born in Montreal on this day (December 19) in 1928, made history by scoring Broadway's first rock musical, Hair, adapted for the screen by director Milos Forman in 1979.

Friday, June 29, 1979.
HAIR. Written by Michael Waller. Based on the stage musical by Gerome Ragni, with lyrics by James Rado. Music by Gait MacDermot. Choreography by Twyla Tharp. Directed by Milos Forman. Running times 118 minutes. Mature entertainment with the B.C.Classifier's warning: occasional nudity. PRAISE THE LORD! I was afraid that they had forgotten how to do it. I was afraid that the movie musical might be dead.
Thank goodness for Hair, an absolutely smashing adaptation of the international stage hit. A  warm and generous evocation of the 1960s, it is the best thing to happen on a movie screen since last year's Superman,