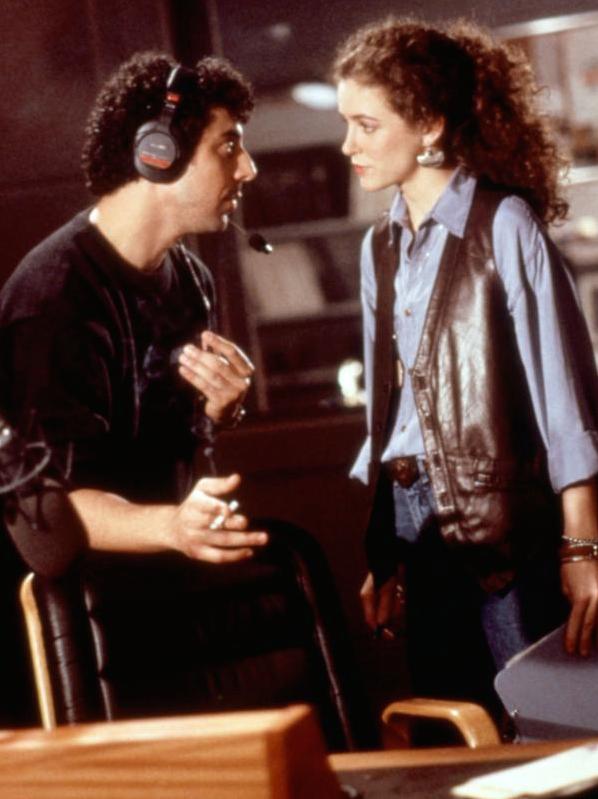 “Pick up the phone!”


Listening to a country in deep trouble


Its theme was “French Revolution.” Opened to the public in Paris on this day (May 6) in 1889, the Exposition Universelle followed a generation of national and cultural decline after the Second Empire’s defeat in the 1870 Franco-Prussian War. Held to demonstrate the Third Republic’s determination to make France great again, its symbol was the 312 metre (1,024 foot) Eiffel Tower, built to serve as the World's Fair's entrance arch. A controversial structure, it was not immediately beloved. Viennese psychoanalyst Sigmund Freud, born on this day in 1856, noted that it resembled a giant phallus, and called it a “typically French” monument. Keen to see his legacy preserved, Gustave Eiffel immediately promoted his Tower as a national science laboratory, and opened it to government research. A weather station was installed on this day in 1889 and in 1903 the French army began conducting research in radio communications from its own Tower station. Before the Internet, radio was the force that shaped social interactions in the 20th century. Orson Welles, born on this day in 1915, demonstrated its power with his famous 1938 War of the Worlds broadcast. The origins of social media also can be found in the 1930s, when program hosts first invited listeners to call them for live, on-air chats. Canadian actress Leslie Hope, born on this day in 1965, grew up in an age when confrontational shock-jocks came to dominate the airwaves with their often self-serving commentaries. In 1988, Hope co-starred in director Oliver Stone’s drama Talk Radio.

TALK RADIO. Co-written by Eric Bogosian. Based on his 1987 stage play and Stephen Singular’s 1987 book Talked to Death: The Life and Murder of Alan Berg. Music by Stewart   Copeland. Co-written and directed by Oliver Stone. Running time: 108 minutes. Mature entertainment with the B.C. Classifier’s warning: occasional very coarse and suggestive language and violence. THE LINES ARE OPEN. Pick a topic, pick up the phone and speak your mind.
Are you listening? Somewhere on the dial, a broadcaster is urging you to call in and add your voice to the cacophony of insight, anger and opinion filling the airwaves.
Performance artist Eric Bogosian takes it all very seriously. “What does it mean,” he asked in a recent New York Times article, "when a society fashions this very important dialogue into showbiz?”
His answer is Talk Radio, an intense, unsparing look at the open-mouth medium. “From the heart of the Lone Star State,” says the announcer, “it’s Dallas’s most popular talk show!”
Bogosian’s vehicle is the Big D’s top-rated talk jock Barry Champlain. The abrasive, argumentative host of Night Line, Barry is station KGAB’s after-dark hot-liner. “This show is about saying what needs to be said,” he says.
Champlain is serious. Calling his daily package of outrage and angst “the last neighbourhood in town,” he is a verbal shock trooper, abusing and insulting the fringe dwellers who accept his invitation to “pick up the phone.”
Bogosian created the character for a one-man show called Talk Radio, a kind of monologue with slides staged in Portland, Oregon in 1985. He expanded it into a stage play for its New York debut in 1987.
Oliver Stone is serious. The Oscar-winning director of Platoon,  Stone appears to have appointed himself guardian of America's conscience.
With a hot-liner's instinct for issues, Stone has probed the morality of U.S. involvement in Central America (Salvador; 1986), its Vietnam experience (Platoon; 1986) and its capitalist ethic (Wall Street; 1987). In collaboration with Bogosian, he now looks at the underside of free speech in Talk Radio.
In adapting his own material to the screen, Bogosian draws upon newspaperman Stephen Singular’s 1987 book Talked to Death: The Life and Murder of Alan Berg, the true story of the Denver open-liner gunned down by neo-Nazis in 1984. By incorporating elements of Berg’s tale into their own, the screenwriters add topicality and tragic inevitability to the drama.
Stone's screen version introduces us to shock talker Barry (Bogosian), the man Texas loves to hate. A former suit salesman named Barry Golden, he's parlayed his glib gifts into a show with national potential.
When Dan (Alec Baldwin), KGAB's station manager, tells Champlain that he's on the verge of signing a deal with radio syndicator Chuck Dietz (John Pankow), the insecure Barry balks. “I do my show,” he snarls, “or I don’t do a show!”
The thought of expanding his “neighbourhood” is more terrifying to Champlain than his mouth-breathing, death-threatening callers. To the horror of his loving, live-in producer Laura Nicholson (Leslie Hope) and his still-loving ex-wife Ellen (Ellen Greene),  the tightly-wound broadcaster goes into mental meltdown live, on the the air.
Talk Radio wants to be taken seriously. Even so, its Dallas location seems utterly arbitrary, an attempt to sensationalize rather than site the story.
(Indeed, given the Texas town’s reputation for violence, the choice actually undermines the drama’s credibility. In this market, Champlain’s inciting raps come across less as challenges to thought than the raw expression of a death wish.)
Fine as they are, Stone’s players will never be mistaken for Texans. Greene remains a New Yorker. Hope, a Nova Scotia-born British Columbian, comes across as Californian. Bogosian himself is a Massachusetts Yankee.
Add to that Stone's apparent need to nag — he's become such a scold — and the film takes on the tone of an old-fashioned harangue. “This country is in deep trouble,” Champlain insists.
Talk Radio, unfortunately, is not the solution.

Afterword: Leslie Hope was a student at British Columbia’s St. Michael’s University School when director Paul Almond cast her in his 1991 teen comedy Ups & Downs. Shot on the high school’s Victoria campus, it was her screen debut, and she starred as the class mean girl. A serious-minded student, Hope had set out to be a lawyer, but when acting became a real option, she embraced it. Independent director John Cassavetes was impressed enough to write a bit part for her in his 1984 feature Love Streams, and it became her second feature film credit.
To Americans, the Halifax-born actress is best known for playing Jack Bauer's wife Teri on the Fox Network's 24 (2002). Often cast as an authority figure, she's been U.S. Attorney-General Melanie Blackston (on the 2006 ABC-TV series Commander in Chief), Secretary of the Navy Sarah Porter (in the CBS-TV franchise NCIS) and Georgia Federation President Kelly Foster (in NBC-TV’s 2012 series Revolution).
Since 2008, she has added writing and directing to her acting resume. Beginning with the award-winning documentary short What I See When I Close My Eyes (2008), she’s directed a variety of TV movies and series episodes, often working in such Canadian production centres as Toronto and Vancouver. Leslie Hope turns 54 today (May 6).

Stoneworks: Among the most socially engaged of his generation of movie directors, Oliver Stone is also represented in the Reeling Back archive by his 1987 Vietnam war film Platoon and his alternative history drama JFK (1991).