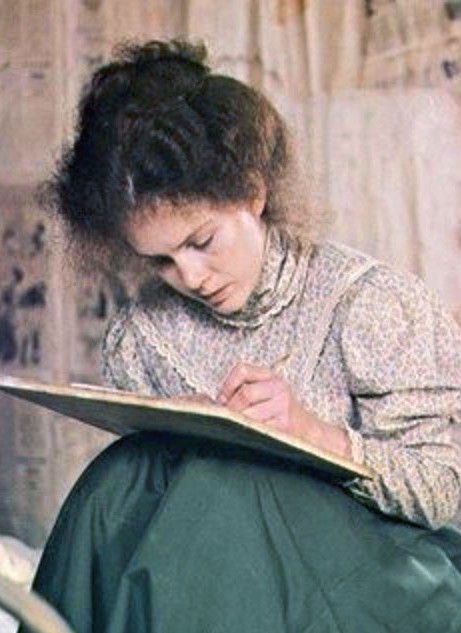 
Belonging to a world of art, literature, music


It was on January 26, 1818, that the governor of New South Wales proclaimed Foundation Day, a celebration to mark the 30th anniversary of British settlement. Founded as a penal colony — England needed someplace to dump its human detritus after the loss of the 13 American colonies in 1783 — the modern nation still keeps Australia Day as its national holiday. Not everyone agrees that the arrival of 11 ships transporting some 700 convicts should be a cause for patriotic revelry. Since at least 1938, Aboriginal groups have marked January 26 as Invasion Day, making their feelings known by marching to protest the official festivities. In his address on Sunday, Prime Minister Scott Morrison called on the nation to acknowledge its stories “of drought, bushfires [and] adapting to the many changes that come with living in this great continent.” While Morrison, a notorious climate change denier, is a political prat, he does remind us that stories are important. Among those worth recalling today are the incendiary tales of change in the lives of the continent’s women, including that of feminist icon and author of The Female Eunuch, Germaine Greer, born on this day (January 29) in 1939. She was part of an activist generation that included filmmakers such as Bruce Beresford and Gillian Armstrong. The latter inspired a generation of women directors with her uncompromising 1979 female coming-of-age drama, My Brilliant Career.

MY BRILLIANT CAREER. Written by Eleanor Witcombe. Based on the 1901 novel by Miles Franklin. Music by Nathan Waks. Directed by Gillian Armstrong. Running time: 101 minutes. Rated General entertainment. EXPECTATIONS FOR MISS SYBYLLA Melvyn (Judy Davis), late of Caddagat station in rural Australia, are less than great. Everyone agrees that the teenaged Sybylla has problems.
“You are rude to your elders and betters, and are often without gentility,” says Grandmother Bossier (Aileen Britton), the haughty and proper matriarch of Caddagat, the family seat.
“You have a wildness of spirit that will get you in trouble all your life,” says her gentle, ethereally beautiful Aunt Helen (Wendy Hughes).
“To have such a daughter!" her mother (Julia Blake) complains to her father (Alan Hopgood), a struggling and largely unsuccessful cattle rancher. “Useless, plain and godless!”
Sybylla considers her situation. It is 1897, and she is a child of the Australian outback. Her mother is a drudge, her father a drunk and her own prospects seem limited to domestic service.
Sybylla tunes out. "I belong to the world of art, literature and music,” she writes in her scribbler as a violent dust storm batters their farmhouse. She then chooses a title for the book she will write: My Brilliant Career.
Sybylla’s story is told in a film full of beauty, passion and irresistible energy. In My Brilliant Career, the period romance meets the western, and the result is an authentic slice of the Australian experience, a picture that effectively reflects both its time and setting.
Add to that a contemporary consciousness underscored by the film’s natural, dramatically necessary feminism and you have a new, refreshingly different filmgoing experience.
Sybylla has a lot to learn. Invited by her grandmother to spend some time at Caddagat, she sees a picture of her mother. There is a moment of shock, then tears, as she realizes that the beautiful young woman in the photograph bears little resemblance to the sad, work-worn woman scratching a life from the bitter soil.
“The best kind of marriage is not marriage for love but for friendship,” her still beautiful aunt tells her. Sybylla’s mother married for love and became a poor relation as a result.
Aunt Helen married for love, and was deserted by her wastrel husband, left to live as neither wife nor widow nor maid. She advises her niece to make an advantageous match because "marriage gives us respectability.”
"No!” Sybylla counters. “That’s what men want us to believe!” Unsure about what she really wants, Sybylla knows what she does not want.
"I don’t want to be part of somebody,” she says. “I can’t lose myself in someone else’s life before I’ve lived my own.”
Far from isolating her, Sybylla’s independent spirit attracts suitors. She literally has to beat off Frank Hawdon (Robert Grubb), an English twit on a visit to “the colonies.”
She charms, and is charmed by Harry Beecham (Sam Neill), heir to the neighbouring Five Bob Downs estate. Her genuine affection for Harry confuses and annoys her.
“I think ugly little girls should be strangled at birth,” she storms at him. “It’s bad enough to be born a girl. But being ugly and clever . .  .”
Sybylla was real. Her story, contained in the semi-autobiographical novel My Brilliant Career, was written by the l6-year-old Stella Maria Sarah Miles Franklin, and published in 1901.
The feminist feelings are real. Adapted for the screen by Eleanor Witcombe, My Brilliant Career was produced by Margaret Fink and directed by Gillian Armstrong.
Judy Davis’s infectious spirit is real. The Perth-born actress and pop singer who stars as the “plain, godless” Sybylla catches hold of the role and turns in an award-worthy performance. (Indeed, My Brilliant Career was the winner of six Australian Film Awards, including Best Picture  and Director of 1979.)
An unusual and absorbing drama, My Brilliant Career is a picture that makes its points without preaching. The entertainment is real.

Afterword: Melbourne-born Gillian Armstrong made her international breakthrough with My Brilliant Career. Her second feature film, it made it to North America in 1980, and added an Oscar nomination (for best costume design) to its list of honours. Armstrong arrived on the scene at a time when the single female director in Hollywood was Elaine May (whose credits then included 1971’s A New Leaf, 1972’s The Heartbreak Kid and 1976’s Mickey and Nicky). It can be argued that Armstrong paved the way for a generation of talented women who emerged in the 1980s, a group of feature directors that included Amy Heckerling, Martha Coolidge, Barbra Streisand, Susan Seidelman, Penny Marshall, Randa Haines and Kathryn Bigelow.
Armstrong switched to modern dress for her third feature, the 1982 musical comedy Starstruck, then answered Hollywood’s call to direct  another period piece. Financed by MGM and shot on location in Ontario, 1984’s Mrs. Soffel starred Diane Keaton as the wife of a Pittsburgh prison warden who falls for one of her husband’s prisoners, played by Mel Gibson. Of her 11 dramatic features to date — she’s also made five feature documentaries— my favourite is 1994’s Little Women. Shot right here in British Columbia, it was the fourth big-screen adaptation of the Louisa May Alcott novel, and the first to be directed by a woman. Twenty-five years ago, it was a nominee in three Oscar categories: Costume Design, Original Score and Actress (Winona Ryder for her feisty performance as Jo March).
Today, a fifth adaptation of Little Women stands nominated for six Oscars, including Best Picture. (The awards ceremonies are scheduled for February 9, 2020). The hapless Academy of Motion Picture Arts and Sciences is the subject of much justified criticism for excluding the film’s director, Greta Gerwin, from Best Director consideration. It’s been noted that in its 92-year history, only five women have been nominated for directing, and only one (Kathryn Bigelow, for 2009’s The Hurt Locker) has ever won.
What Gerwin is nominated for is Best Adapted Screenplay, and it is in her script that history comes full circle. According to a January 9 article in the online magazine Vulture, toward the end of the new movie “when the protagonist, Jo (Saoirse Ronan), finds her voice as a writer, Gerwig graciously evokes the heroine of Armstrong’s first feature, My Brilliant Career, which starred Judy Davis as a prickly, high-spirited young woman who wants to do something artistic with her life and ends up writing about it. It’s a lovely nod to a true trailblazer.”