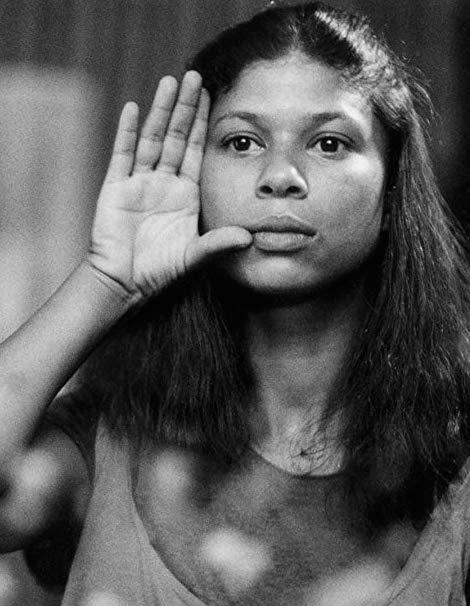 
Being her own person, no matter what


It was on January 26, 1818, that the governor of New South Wales proclaimed Foundation Day, a celebration to mark the 30th anniversary of British settlement. Founded as a penal colony — England needed someplace to dump its human detritus after the loss of the 13 American colonies in 1783 — the modern nation still keeps Australia Day as its national holiday. Not everyone agrees that the arrival of 11 ships transporting some 700 convicts should be a cause for patriotic revelry. Since at least 1938, Aboriginal groups have marked January 26 as Invasion Day, making their feelings known by marching to protest the official festivities. In his address on Sunday, Prime Minister Scott Morrison called on the nation to acknowledge its stories “of drought, bushfires [and] adapting to the many changes that come with living in this great continent.” While Morrison, a notorious climate change denier, is a political prat, he does remind us that stories are important. Among those worth recalling today are the incendiary tales of change in the lives of the continent’s women, including that of feminist icon and author of The Female Eunuch, Germaine Greer, born on this day (January 29) in 1939. She was part of an activist generation that included filmmakers such as Bruce Beresford and Gillian Armstrong. The former contributed three remarkable female coming-of-age dramas, a trilogy that that concluded with 1986’s The Fringe Dwellers.

THE FRINGE DWELLERS. Co-written by Rhoisin Beresford. Based on the 1961 novel by Nene Gare. Music by George Dreyfus. Co-written and directed by Bruce Beresford. Running time: 98 minutes. Mature entertainment with the B.C. Classifier’s warning: occasional nudity and very coarse language. SHE'S DIFFERENT. HIGH SCHOOL senior Trilby Comeaway (Kristina Nehm) is proud, ambitious, self-assertive and often angry.
"You'll easily get your certificate,” the Curgon school headmaster (David Clendinning) tells her. "Not many of your people do that."
"My people?" the young Aborigine answers back with heavy sarcasm. "We're all Australians, aren't we?" Intelligent and independent, Trilby thinks that what makes her “different” is her colour.
Trilby, meet Laura. A child of the turn-of-the-century Outback, Laura Tweedle Rambotham (Susannah Fowle) is "different." A natural survivor, she is a Melbourne boarding school student, the poor girl who thinks that her problem is her social class in director Bruce Beresford's unsentimental period drama The Getting of Wisdom (1977).
Trilby, meet Debbie. A child of the urban middle class, Deborah Vickers (Nell Schofield) is "different." A self-aware surfer girl, she is a would-be competitor, the unsubmissive athlete who thinks that her problem is her sex in Beresford's honest, uncompromising Puberty Blues (1981).
What Debbie, Laura and Trilby have in common is their age and their intelligence. Each is "different" because of her uncommonly strong sense of self and awareness of an individual personal potential.
Trilby's story, The Fringe Dwellers, is the third in director Beresford's unofficial teen trilogy. Like the two previous features, it is based on a novel by an extraordinary woman — artist and political activist Nene Gare — who used fiction to tell her own story.
In each film, an achiever strains to grow away from her roots and find a place in what she hopes will be a more fulfilling society. In Trilby's case, she can't wait to put the extended family of Brisbane's aboriginal shantytown behind her.
A bundle of raw energy, Trilby resents with equal vigour white Australia's casual racism and its patronizing liberalism. She resents her parents for their apparent lack of incentive and her peers for their acceptance of the status quo.
When she becomes pregnant, she resents Phil (Ernie Dingo), the father of her child, for wanting to marry her, and Mollie (Justine Saunders), her good-hearted mother, for wanting to take the baby into their family. No sugar-and-spice heroine, iron-willed Trilby is determined to be her own person no matter what.
Back on his home turf, Beresford (whose Hollywood credits include 1983’s Tender Mercies and 1986’s Crimes of the Heart) again displays his empathy with youthful characters. In The Fringe Dwellers, he extracts the unprettified truth from Trilby's encounter with the real world, and shows us her discovery of the special, frightening strength within herself.

Afterword: Unlike Hollywood movies (that were almost always released in Canada on the same day as in the U.S.), international pictures arrived in Vancouver somewhat haphazardly. So it was with The Fringe Dwellers, a film that Bruce Beresford shot in Queensland in the fall of 1985. It played Vancouver in March 1987, three months after the local release of Crimes of the Heart, the picture that Beresford made in North Carolina in the spring of 1986.
That The Fringe Dwellers was a latecomer to B.C. theatres underscored the fact that its director was a latecomer to the exploration of the culture of his nation’s native peoples on screen. Beresford was part of a dynamic new generation of Australian filmmakers who  followed Britain's Nicolas Roeg, the director whose 1971 feature Walkabout told the sexually fraught tale of a teenaged white girl (Jenny Agutter) saved from starvation in the outback by an aboriginal boy (David Gulpilil).
A decade of interesting movies ensued, pictures that challenged the stereotypes the white majority had embraced during the years of colonial settlement. Directors such as Henri Safran (Storm Boy; 1976), Peter Weir (The Last Wave; 1977), Fred Schepisi (The Chant of Jimmie Blacksmith; 1978) and Werner Herzog (Where the Green Ants Dream; 1984) brought new perspectives to the subject of race relations down under.
Though late to the table, Beresford managed at least two significant firsts with The Fringe Dwellers. The picture is credited with being Australia’s first major feature in which all the principal roles were played by indigenous actors. In the above review, I focused on the idea that it was the third in Beresford’s teen-girl trilogy. I might also have mentioned that it was the first of the Aboriginal-themed pictures to feature a female in the starring role, and the first to tell a woman’s story rather than a man’s.