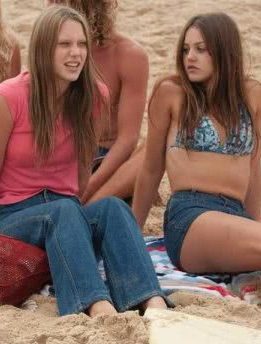 
It was on January 26, 1818, that the governor of New South Wales proclaimed Foundation Day, a celebration to mark the 30th anniversary of British settlement. Founded as a penal colony — England needed someplace to dump its human detritus after the loss of the 13 American colonies in 1783 — the modern nation still keeps Australia Day as its national holiday. Not everyone agrees that the arrival of 11 ships transporting some 700 convicts should be a cause for patriotic revelry. Since at least 1938, Aboriginal groups have marked January 26 as Invasion Day, making their feelings known by marching to protest the official festivities. In his address on Sunday, Prime Minister Scott Morrison called on the nation to acknowledge its stories “of drought, bushfires [and] adapting to the many changes that come with living in this great continent.” While Morrison, a notorious climate change denier, is a political prat, he does remind us that stories are important. Among those worth recalling today are the incendiary tales of change in the lives of the continent’s women, including that of feminist icon and author of The Female Eunuch, Germaine Greer, born on this day (January 29) in 1939. She was part of an activist generation that included filmmakers such as Bruce Beresford and Gillian Armstrong. The former contributed three remarkable female coming-of-age dramas, a trilogy that includes 1981’s controversial Puberty Blues.

PUBERTY BLUES. Written and produced by Margaret Kelly, based on the 1979 novel by Kathy Lette and Gabrielle Carey. Music by Tim Finn and Les Gock. Directed by Bruce Beresford. Running time: 87 minutes. Restricted entertainment with the B.C. Classifier’s warning: some very coarse language, nudity and sex. IT’S TOUGH TO BE a teenager. It’s tougher still to capture the anguish of adolescence — call it Puberty Blues — on film.
Australian director Bruce Beresford took his first run at the subject in 1977. A period piece, his The Getting of Wisdom was a multi-faceted gem of a movie that focused on a young woman’s coming of age in turn-of-the-century Melbourne.
Laura Tweedle Rambotham (Susannah Fowle) was a child of the outback, a seeker and a survivor whose schooldays were spent learning the rules of the world’s game. On screen, her story was both unsentimental and beguilingly beautiful.
Beresford returned to the teen topic in 1981. Made before he left for the United States to direct Tender Mercies (1983), Puberty Blues is a modern-dress version of his earlier story.
What Deborah Vickers (Nell Schofield) lacks is Laura’s sense of the future. Born to middle-class comfort in suburban Sydney, she is part of a society that is fixed in an eternal present, one both decadent and dreary.
Like Laura, Debbie desperately wants to belong. Together with her friend Susan Knight (Jad Capelja), she wants to be part of the Greenhills, her beach community's "best surfer gang.” A gaggle of preening females, the Greenhills sun themselves while their oafish boyfriends brave the waves.
Like Laura, Debbie suffers through various rites of passage, crises that strengthen her and from which she emerges a self-aware individual. Unlike The Getting of Wisdom, her tale is neither genteel nor particularly attractive.
Debbie’s world is a brutish, sensations-oriented subculture where intelligence counts for less than rebelliousness (towards authority) and submissiveness (to boyfriends). Belonging involves accepting an insensitive role and functioning as a “rooting machine” for uncaring, aggressively ignorant louts.
Before her own getting of wisdom, Debbie is paired off with a dope named Bruce (Jay Hackett), and then with Garry (Geoff Rhoe), a terminal doper. As in so many recent teenage dramas, the moment of truth comes when her menstrual period doesn’t.
Beresford manages to make his tale of teen ennui look and  feel convincingly real. What he’s unable to do is make these dull-witted, desperate lives seem interesting.

Afterword: The films of 1984, the year that 1981’s Puberty Blues arrived in Vancouver, did not encourage deep thought. Although Amadeus won the best picture Oscar, the action-comedy Beverly Hills Cop was the year’s boxoffice champion. In retrospect, I may have dismissed the “uninteresting” Puberty Blues too quickly. It certainly has a compelling backstory.
Beresford’s movie was based on the first teen-themed novel published in Australia to be written by teenagers, Sydney-born Kathy Lette and Gabrielle Carey. Their 1979 book, a tale of sex and socialization, was the subject of considerable controversy because its best friends Deb and Sue are just 13 years old. Adults called for it to be banned, while teens made it a cult bestseller. Film producer Joan Long apparently approached Gillian Armstrong, then famous for directing 1980’s My Brilliant Career, to make the movie, but Armstrong turned her down
Beresford stepped up to the challenge. Adjustments were made to satisfy the censors — including increasing the age of the schoolgirls to 16 — and screenwriter Margaret Kelly softened some of the novel’s darkest moments. Co-author Lette later complained that “the film sanitized the plot by omitting central references to miscarriage and abortion.” The final result remained true enough to its source material to achieve boxoffice success in its home market.
In the years since, the novel has achieved “classic” status. The book’s authors went their separate ways. Kathy Lette became a newspaper columnist and television screenwriter before emigrating to England, where she now lives. Returning to novel writing, she currently has 13 titles to her credit including a number of bestsellers. Gabrielle Carey went travelling, living for a time in Ireland and Mexico before returning to Australia. She works as a freelance writer and as a writing teacher at Sydney's University of Technology.