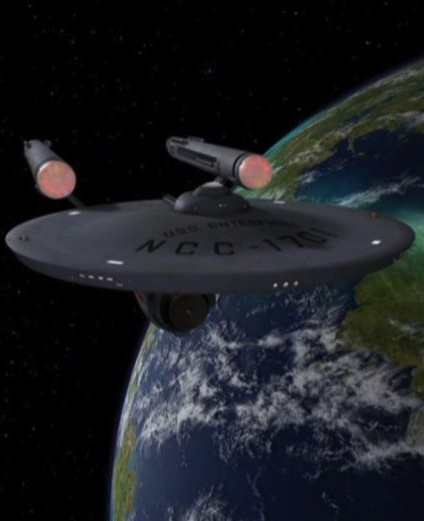 
In the spring of 1977, everybody, or so it seemed, wanted to know what was happening with the long-rumoured Star Trek motion picture. The television show, cancelled in 1969 after just three seasons of its planned five-year mission, had achieved cult status. The on-again, off-again feature-film project appeared to be on again with Paramount Pictures giving it the green light for a fall shooting start. It was well known within the critical community that the process had not been without its problems. Because of my connections within both the science-fiction fan and film production communities, I followed the story closely as it developed. Even so, I hardly expected the scoop that fell into my lap on the morning of March 31. A photocopy of what appeared to be a movie studio's internal memorandum arrived in a plain brown envelope that was postmarked Los Angeles. Set out beneath the familiar Paramount logo were the company's secret plans for dealing with its trouble-plagued project. Across the bottom of the document someone had scribbled the message: "Warn the Trekkies!" The next morning (April 1), I broke the whole shocking story in the following exclusive report.


PROBLEMS CONTINUE IN OUR attempt to produce a theatrical film version of the phenomenally popular television series, Star Trek. Effective development of this property has been impeded in two areas.
(1) Script: Gene Roddenberry, creator of the vidseries, has yet to produce an acceptable film script. A team of experienced screenwriters are now assisting him and we believe the matter is in hand.
(2) Cast: This is a most unusual project. Ordinarily, motion picture concepts inspire TV series production, not vice-versa. Our problem is that the original series performers retain the loyalty of their television audience and, as a result, some of them are holding out for more money and/or billing than is reasonable, given the genre of the property.
The TV cast is, as follows: William Shatner (Capt. James T. Kirk), Leonard Nimoy (Science Officer Spock), DeForest Kelley (Dr. Leonard McCoy), James Doohan (Chief Engineering Officer Montgomery Scott), George Takei (Helmsman Hikaru Sulu), Walter Koenig (Ensign Pavel Chekov), Nichelle Nichols (Communications Officer Uhura) and Majel Barrett (Nurse Christine Chapel).
If difficulties in reassembling this group persist, we have devised two alternate strategies (Plan A and Plan B) which, we feel, will protect our not-inconsiderable investment.

PLAN A: If we must pay top dollar for talent, then let us hire top talent and sell the resulting picture to the public on the basis of Its star power. This strategy involves retitling the property SPACEPORT (a name that tests well with audiences who enjoy the ongoing Airport franchise), and casting it as follows:
Charlton Heston (Kirk), Steve McQueen (Spock), James Stewart (McCoy), Sean Connery (Scott), Toshiro Mifune (Sulu), Charles Bronson (Chekov), Diana Ross (Uhura) and Jill Ireland (Chapel).

PLAN B: If it is decided to cut costs to the absolute minimum, then our best course of action is to move the entire project to Canada, and apply for Canadian Film Development Company (sic) funding. To qualify under their Canadian content regulations would require the recruitment of the following all-Canadian cast:
Christopher Plummer (Kirk), Donald Sutherland (Spock), Lorne Greene (McCoy), Barry Morse (Scott), Michael Sarrazin (Sulu), Victor Garber (Chekov), Genevieve Bujold (Uhura) and Susan Clark (Chapel).

We realize that this casting is somewhat unorthodox, and therefore dangerous from the marketing department's point of view. Naturally, our preference is for Plan A. We are bound to point out, however, that Plan B has one irresistible fiscal advantage. In the event of total disaster, the CFDC never asks for its money back.

The above is a restored version of a Province feature by Michael Walsh originally published in 1977. For additional information on this archived material, please visit my FAQ.

Afterword: Yes, the above "Status Report" story really did run in the newspaper. Now, check the date on today's calendar. Check the date at the top of the story. OK?