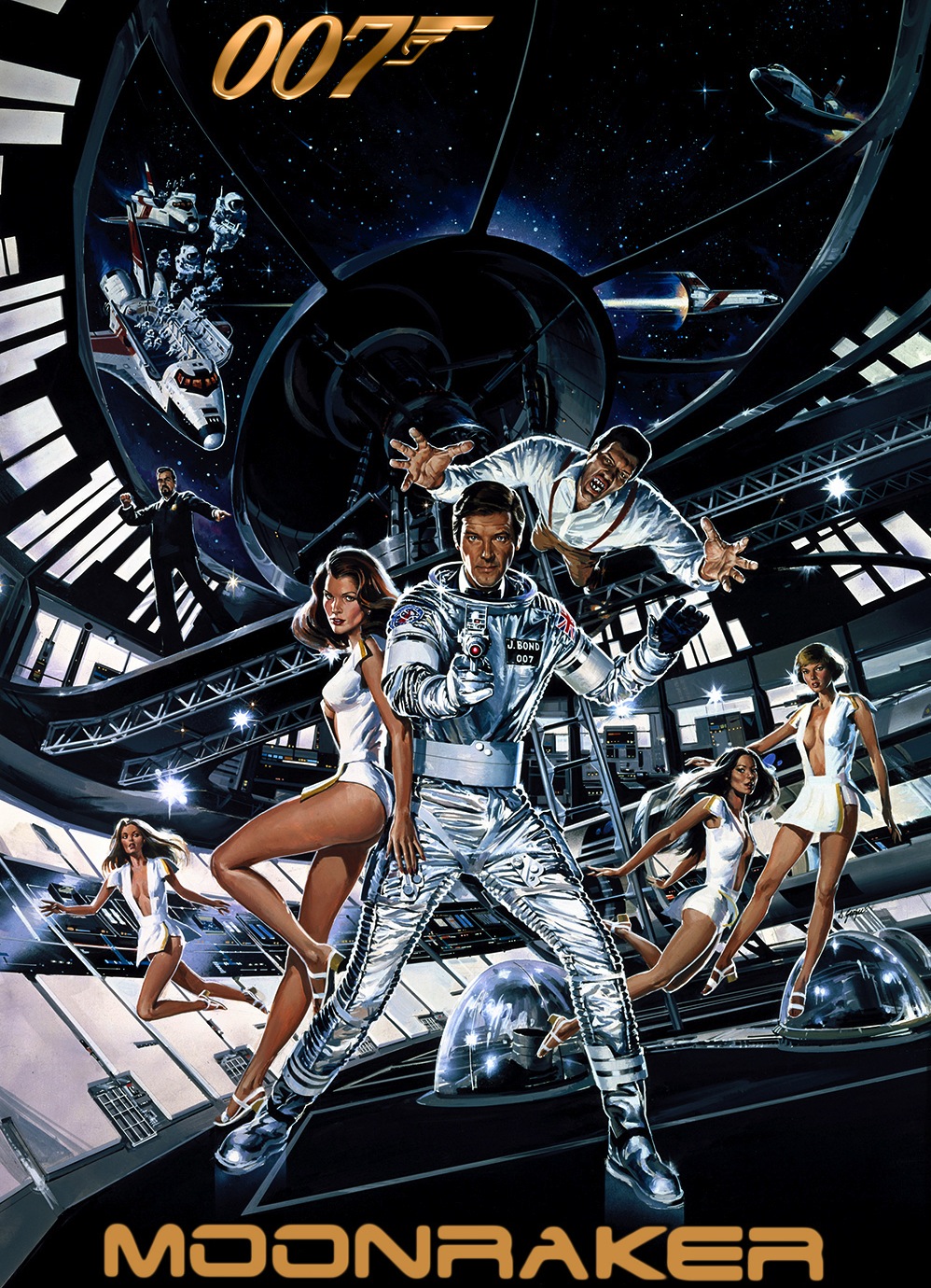 
Free at last! It happened on the stroke of midnight, as 2014 melted into 2015. Today (November 17), British secret agent 007 celebrates his liberation from literary bondage in Toronto. Sandra Kasturi, co-publisher at ChiZine Publications, was kind enough to invite me to the party. It takes place this evening at 7:30 (EST) in the Pravda Vodka House where ChiZine will introduce its mystery imprint, ChiDunnit, with the launch of Licence Expired: The Unauthorized James Bond. Made possible by the expiration of the copyright on the works of Ian Fleming in Canada, the anthology features 19 new stories designed (say co-editors Madeline Ashby and David Nickle) to bring "a modern critique to 007, offering readers new perspectives on a defining character of the twentieth century." In her invitation, Ms Kasturi added "come see what our cheeky authors have done with Bond." As one who once published a 007 short story parody (in 1964), I really wish I could be there. I expect there will be some discussion among the literati assembled about the threat to creative expression represented by the Draconian intellectual-property provisions of the pending Trans-Pacific Partnership. Looking on the bright side, this is the most excitement I've felt at the arrival of a James Bond property since 1979. That was the year the moviemakers gave in to the fact that their 007 was really a comic-book superhero, and offered him up in the sci-fi comedy Moonraker.

Friday, June 29, 1979.
MOONRAKER. Written by Christopher Wood. Music by John Barry. Directed by Lewis Gilbert. Running time: 126 minutes. Mature entertainment. NEW YORK — "James Bond, you appear with the tedious regularity of an unloved season.'' Villain Hugo Drax has had about enough of secret agent 007.
Frankly, so had I.
I'm one of those people who mourned the loss of Sean Connery in the role. George Lazenby (On Her Majesty's Secret Service;  1969) was no replacement. Roger Moore, who took over the part in 1973 (Live and Let Die), was worse.
I thought that Moore's second outing (The Man With the Golden Gun; 1974) was awful. Number three (The Spy Who Loved Me; 1977), was more so. The prospect of an unending series of Bond bombs brought me no joy at all.
When the United Artists promotional people invited me to New York to preview Moonraker, the 11th and most expensive of the Bond epics, they knew that they were taking a risk. Roger Moore in outer space? I thought to myself: The vacuous meets the vacuum.
I cannot tell a lie, Dear Reader, especially not today, our first day back after eight long months. Moonraker is magnificent.
After two misfires, the Bondsmen have managed a hit, producing a picture that is pure entertainment. This is an escapist fantasy as spectacular as Star Wars and every bit as much fun.
Producer Albert Broccoli, together with his director, Lewis Gilbert, has discovered how to turn a multitude of weaknesses into considerable strength. Since Connery's departure, the Bond series has faced three major problems:
*    Roger Moore lacks charisma.
*    The screenwriters lack any new inspiration from novelist Ian Fleming, who died in 1964.
*    The audience has lost interest in spy stories.
Today [1979], the filmgoing public is both younger and more sophisticated. Recognizing that ever more expensive projects like Moonraker (estimated cost: $33 million) must appeal to the mass audience, Broccoli is now pitching his product to the Mel Brooks/Pink Panther crowd.
The Bond films have moved from subtle satire to broad, pop humour. Moonraker is loaded with laughs.
Sample gag: The door to a secret laboratory can only be opened by punching the right combination of buttons on a Touch-Tone dial. The combination, when we hear it, is the alien communication theme from Close Encounters of the Third Kind.
Fleming's Moonraker novel was published in 1955, two years before Sputnik 1 sounded the starting gun on the U.S.A./U.S.S.R. space race. Screenwriter Christopher Wood has retained nothing but the title and the name  of the villain. From there, he allows his imagination to soar.
Wood's Hugo Drax (Michael Lonsdale) is a California industrialist, a multi-zillionaire whose corporation manufactures space shuttles for the U.S. government. Unbeknownst to the good guys, Drax is also the ultimate science fiction fan.
He believes that a perfect race can be bred. First, though, all the imperfect specimens must be eliminated. He is plotting nothing less than the mass murder of the entire human race.
To achieve his goal, he has perfected a poison specific to humans which he intends to shower down on the planet from his secret space station. Once everyone else is out of the way, Drax's hand-picked superpersons will return to Earth to be fruitful and multiply.
Roger Moore's lack of personal charisma necessitated the final significant change, the development of strong supporting characters. Here, his companion-in-arms is astrophysicist-cum-CIA agent Holly Goodhead (Lois Chiles), a self-reliant woman who is far brighter than anything Fleming ever imagined.
Overall, the action has taken on a cartoon flavour. Like the Roadrunner, Bond beep-beeps his way through the special effects pursued by his own Wile E. Coyote, the metal-mouthed assassin Jaws (Richard Kiel).
First introduced in The Spy Who Loved Me, the 7-foot, 2-inch [2.2 m] Jaws has come into his own, as essential to the Bond formula as M (Bernard Lee), Q (Desmond Llewelyn) or Moneypenny (Lois Maxwell). Our hearts really do go out to this seemingly indestructible villain as he comes to grief over and over again.
When, midway though Moonraker, a most improbable love comes into his life, you want to cheer.
By now it is clear that the Bond brand of adventure-comedy depends on increasingly spectacular set pieces. When, for instance,  the camera enters an antique glass museum, you know that methodical destruction will soon follow.
When Bond penetrates the dense South American jungle, you know that he'll soon discover a lost city, and probably have to wrestle a giant (and patently rubber) snake.
Screenwriter Wood creates a world that is H. Rider Haggard by way of cartoon director Tex Avery. Gilbert, responsible for the most stylish of the Connery Bonds (You Only Live Twice; 1967) and the worst of Moore's (The Spy Who Loved Me), brings it all together with pace and precision.
From its cloud-walking opener (Bond battling baddies in freefall) to its spacey conclusion (a laser gun battle between Drax's henchmen and the U.S. Space Marines), Moonraker is heady and high-spirited. You'll believe a movie can fly.

Afterword: Although I find the ChiZine book launch the most interesting bit of current Bond news, I would be remiss not to mention that a new feature film was released just 11 days ago (November 6). Called Spectre, it stars Daniel Craig as the now nonagenarian secret policeman (who always seems to be in his late 30s). Like baseball fans, Bond buffs were all atwitter with the latest stats. Factoids noted include that Spectre is the 24th film in the "official" series and the fourth to star Craig, who is the sixth actor to play the role. Using the same metrics, Moonraker was the 11th Bond film (of 24) and the fourth to star Roger Moore (of seven), who was the third (of six) actors to play the role. Not included in "official" Bond record keeping are two non-franchise features, the chaotic 1967 comedy Casino Royale and the 1983 Thunderball remake, Never Say Never Again.

See also: In the above review, I note that it was "our first day back after eight long months." To read more about the eight-month-long strike that shuttered Vancouver's two daily newspapers, click through to my posting Van's Hacks Lack Pact. During the shutdown, I was among the many union members who contributed to The Vancouver Express, the thrice-weekly interim paper produced by the six striking unions.