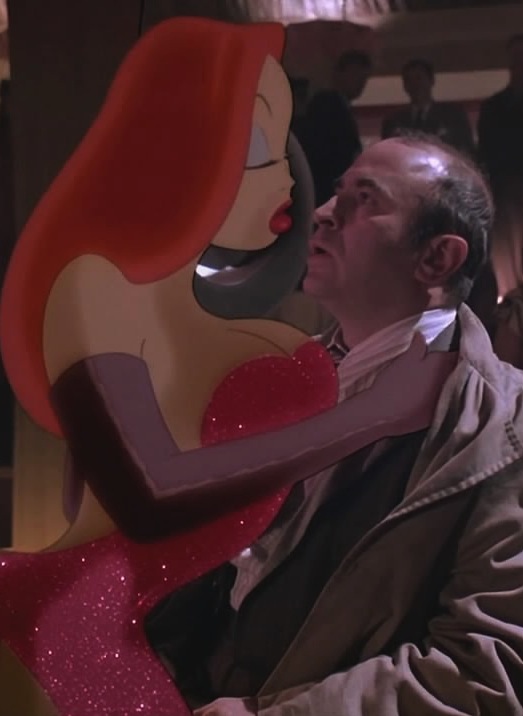 Dancing to another toon


Today (May 14) the 2015 Northwest Animation Festival begins a four-day run at the Bijou Art Cinemas in Eugene, Oregon. Founded in Portland in 2010, the event has become the biggest annual celebration of the art in the U.S., with satellite screenings in Eugene, the Willamette Valley town that is home to the University of Oregon (UO). This evening's program includes an 82-minute tribute to the National Film Board, a show that promises "every single Oscar-winning animation from Canada!" Eugene's cartoon links go back to 1947, when Walt Disney granted permission to his friend, UO athletic director Leo Harris, to make Donald Duck the mascot of the school's Oregon Ducks football team. Another Walt Disney fan, Robert Zemeckis, grew up fascinated with the magic made possible by stop-motion animators and special effects technicians. Born on this day (May 14) in 1951, Zemeckis is a member of cinema's film-school generation, famous for co-writing (with Bob Gale) and directing the innovative Back to the Future features. Although he's best known for the multiple-Oscar-winning Forrest Gump, animation fanciers remember Zemeckis as the man who brought superstar ducks Donald and Daffy together for a piano duet. The landmark moment was one among many in the film that allowed Disney's biggest cartoon stars to work side-by-side with their Warner Bros. rivals, all of them residents of the Toontown in 1988's Who Framed Roger Rabbit.

Thursday, June 30, 1988
WHO FRAMED ROGER RABBIT. Written by Jeffrey Price and Peter S. Seaman; based on Gary K. Wolf's novel Who Censored Roger Rabbit? Music by Alan Silvestri. Animation direction by Richard Williams. Directed by Robert Zemeckis. Running time: 106 minutes. Mature entertainment with the B.C. Classifier's warning: occasional suggestive language. TIME WAS, VALIANT & Valiant made news. Once the best private eyes in L.A., the brothers were famous for cracking the Duck Nephews kidnapping case and clearing Goofy's name of wartime spying charges.
That time is past. A seedy has-been, Eddie Valiant (Bob Hoskins) has been partnered with a bottle since the night "a Toon killed his brother.''
Since then, he's refused to take cases involving the animated inhabitants of the Hollywood ghetto known as Toontown.
How ironic that the biggest case of Eddie's life should link his fate with that of an accused murderer who also happens to be a Toon. It's the summer of 1947, and the hardboiled dick needs to find out Who Framed Roger Rabbit.
Who, indeed? The list of suspects includes some of the most innovative talents in movies today.
Directing is Robert Zemeckis, the man who made both Back to the Future (1985) and Romancing the Stone (1984). Animation direction is by Richard Williams, the London-based Canadian cartoon genius.
Producing are Walt Disney's Touchstone Pictures, currently the hottest studio in the business, and Steven Spielberg's own Amblin' Entertainment. George Lucas's Industrial Light and Magic provided the special effects.
Together, they've come up with the motion picture event of 1988, a physical marriage of live action and animation that is technical perfection. You'll believe that Toons are real, and actually co-exist with humans in a live-action world.
Less easy is the emotional marriage between the worlds of film noir and animation. Dangerous and formal, noir is visually dark and angular, while cartoons are amiably anarchic, brightly coloured and plastic in form.
As a comedy, Zemeckis's feature gives off mixed signals. On one hand, its adventure plot recalls such Speilberg presentations as 1984's Gremlins, pictures full of pop culture references that build to big ILM-crafted finishes.
On the other, it is the ultimate cartoon, a film containing cameo appearances by such Toon superstars as Bugs Bunny, Mickey Mouse, Porky Pig, Dumbo and half the cast of 1940's Fantasia. Can you resist a Donald Duck/Daffy Duck piano duet, or Tweety Bird playing schtick opposite actor Hoskins?
Unforgettable is a poignant moment in which a black-and-white Betty Boop turns up as a nightclub hostess. "Work's been slow,'' she says. "ever since they started making cartoons in color.''
Though kids will love Eddie's hyperactive client Roger (voiced by Charles Fleischer), the character is too far over the top to generate genuine dramatic sympathy. His human Toon wife Jessica, by contrast, is both a first-rate character and a stunningly effective presence, a combination of unerring animation and the voice talents of Kathleen Turner.
Among the human performers, Hoskins couldn't be better. He gets terrific support from Christopher Lloyd, as the sinister Judge Doom, and Joanna Cassidy as Eddie's loyal girlfriend Dolores.
A landmark movie if not a masterpiece, Who Framed Roger Rabbit celebrates animation with a star-studded gathering of an era's best and brightest.

Afterword: The ultimate anijam, Who Framed Roger Rabbit was a treasure chest of historical connections. For example, Charles Fleischer, the voice of Roger Rabbitt, shares a name (if not an actual family link) with pioneer animator Max Fleischer, inventor of the rotoscope. The New York-based Fleischer brothers were among the first to combine live action and cartoon performers in the movies. Their silent Out of the Inkwell cartoons (1918-1929) introduced audiences to Koko the Clown. The appearance of Betty Boop in Zemeckis's Toontown connected his world to the Flieschers' most famous creation. Then there was Walt Disney, who made his start in animation in Los Angeles with a series of short films collectively known as the Alice Comedies (1924-1927). Also called his Alice in Cartoonland pictures, they featured a little girl's adventures among Disney's first 'toon creations. In the sound era, animated-live interactions in big studio feature films began as early as 1930, when Walter Lantz's character Oswald the Rabbit made a brief appearance opposite bandleader Paul Whiteman in the muscial revue feature King of Jazz. Among the most famous live actor-cartoon pairings was Gene Kelly dancing with Jerry the Mouse (Anchors Aweigh; 1945). The cartoon mouse then went on to perform an underwater ballet with Esther Williams (Dangerous When Wet; 1953). Following the success of Who Framed Roger Rabbit, a semi-retired Ralph Bakshi returned to feature film production to direct his own cartoon/live-action feature, Cool World. Zemeckis, whose interest is more in the broader entertainment possibilities of technology, has distinguished himself as a producer-director of such special effects shows as 1997's Contact, The Polar Express (2004) and Beowulf (2007). Scheduled for an October 2015 release is his filmed-in-Montreal feature The Walk. The story of a French tightrope artist's 1974 walk on a wire strung between the World Trade Centre's Twin Towers, its most spectacular effect may just be the virtual rebuilding of the Towers themselves.