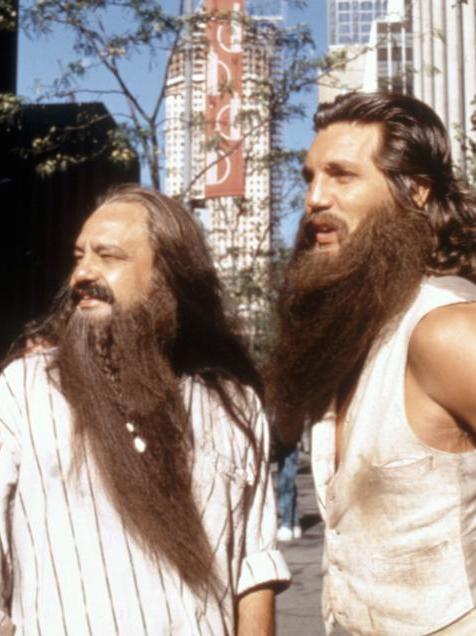 
What a difference a generation makes


The expression “high five” takes on a new meaning as a new item is added to the list of happy hour choices in Canada. Today (October 17), the recreational use of cannabis becomes legal. Because 2018’s Bill C-45 is an act of the federal government, pot possession for personal consumption is now an adult right from sea to sea to sea. This stands in contrast to the United States, where a war on drugs is still being fought by the feds. Of course, not every American state legislature agrees with the 1970 Controlled Substances Act. Though Canada was among the first jurisdictions to legalize medical marijuana (in 2001), nine states have since beat their northern neighbour to full legalization. The pioneers were Colorado and Washington State in 2012. By 2016, Alaska, California and Oregon were among the weed-friendly states. And now B.C. — long famous for its B.C. Bud — provides the final link, turning the Pacific Coast into a solid green line of T tolerance. Nor can we forget the role pop culture has played in the normalization of pot culture. From the movie hipsters of the 1940s and the beatniks to the hippies, life on the edge has included considerable affection for Mary Jane. Cheech and Chong, who met in Vancouver in 1968, built a successful comedy career on their stoner personalities. Because the 1936 classic Reefer Madness is already in the Reeling Back archive, our Doobie Day feature selection is the 1989 counter-culture comedy Rude Awakening.

RUDE AWAKENING. Written by Neil Levy and Richard LaGravene. Music by Jonathan Elias. Directed by Aaron Russo and David Greenwalt. Running time: 100 minutes. Rated Mature with the B.C. Classifier’s warning "some very coarse language, occasional nudity.”
ABBIE COULDN'T MAKE IT.
When they shot the Nouveau Woodstock restaurant scene for Aaron Russo's counter-culture comedy Rude Awakening, the then-still-living Abbie Hoffman was off somewhere organizing a protest.
Timothy Leary was available, though. So were Bobby Seale and Jerry Rubin.
You can see them sitting together at the table in the rear of the Dinet as the camera pans from right to left to show us the establishment's trend-conscious patrons.
Smiling and prosperous-looking in their three-piece suits, they could be talking about the nostalgia futures market. Perhaps they're amused that, 20 years later, they have value as set decoration in a film based on the contrast between then and now.
Then was 1969.
On the run from dedicated fanatic federal agent Joe Brubaker (Cliff DeYoung), anti-war activists Fred Wouk (Eric Roberts) and Jesús Montoya (Cheech Marin) bid farewell to the Big Apple and flee to Managrador in Central America.
Now is 1989.
After two decades of isolation, the real world intrudes on Fillmore South, the fugitives' jungle commune. A wounded and dying CIA agent happens by with some top secret documents. Realizing that he's come into possession of U. S. government plans to invade the region, Wouk decides to return to New York and stop the new war before it starts.
It's supposed to be funny. The story of two unreconstructed hippies on the loose in modern greed-is-good Manhattan had some real comic potential.
Imagine, for example, the reaction of Wouk's former girlfriend, artist-turned-art entrepreneur Petra Black (Julie Hagerty).
"Twenty years in the jungle," says the AIDS-conscious sophisticate. "A safe single man!"
Then there's Sammy Margolin (Robert Carradine), the would-be writer who once assured Wouk "I'll always be here for you." Married to June (Cindy Williams), a shameless materialist, he now owns a chain of tanning salons.
Poor Cheech. For most of the movie he wanders about like a lost soul trying to be light amidst leaden co-stars, working with an even more leaden script.
Thank goodness for Andrea Martin. As society wife April Stool, she is responsible for the film's single funny scene.
Playing off Marin, the former SCTV star momentarily brings the picture to life. Stealing the show from everyone in sight, she's brilliant in an all-too-brief, hilariously calculated performance.
Truth to tell, though, there's not much to steal here. Working from a screenplay that can't decide whether to preach or to satirize, co-directors Russo and David (Secret Admirer) Greenwalt attempt to do both without much style or success.
The story of what happens when dropouts meet cop-outs, their Rude Awakening is a comic strike out.

Afterword: Rude Awakenings was Aaron Russo’s directorial debut. Although he had enjoyed a successful career as a film producer — his credits include such features as 1979’s The Rose, Trading Places (1983) and Wise Guys (1986) — he found his passion in politics, where he became active in the Republican and later the Libertarian, party. He died in 2007.
David Greenwalt, his co-director, had one previous feature directing credit: the 1985 teen comedy Secret Admirer. Like Russo, Greenwalt eventually found his creative niche as a producer, a craft he honed during five years in Vancouver. Between 1992 and 1997, he worked for Steven J. Cannell writing and producing TV series episodes of The Hat Squad, The Commish and Profit. He also found time to executive-produce eight episodes of Chris Carter’s The X-Files. No surprise, then, that he earned lasting fame as a member of Joss Whedon’s creative circle, producing, directing and writing episodes of Buffy the Vampire Slayer and its spinoff series Angel. Back in Vancouver, Greenwalt was involved in the making of the 2003 series Miracles and Eureka (2006). Most recently, he was the creator and driving force behind the six-season Grimm, a fantasy series shot in and around Portland, Oregon.