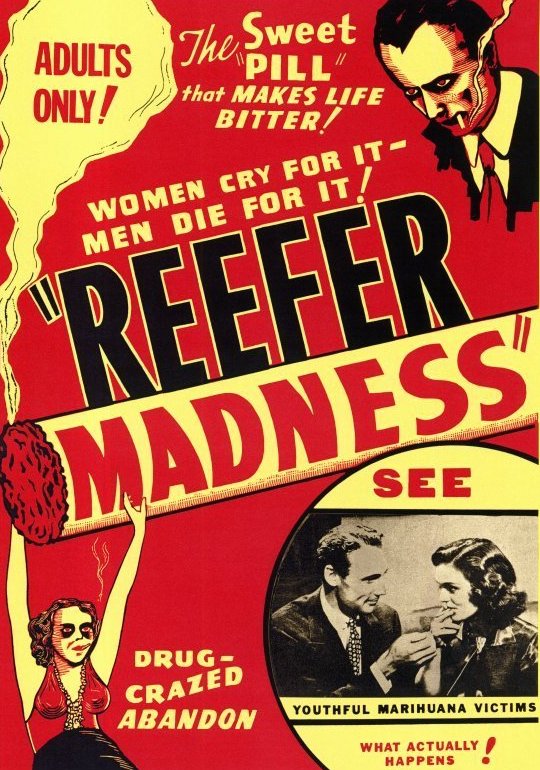 
For one Vancouver TV station it was Breaking News!. In a moment of inattention recalling a 1980s teen movie, three suburban school districts scheduled a teachers' professional development day for today (April 20). According to the breathless TV news anchor, that meant that area teens would have no classes to keep them away from Vancouver’s 4/20 Festival, the annual celebration of cannabis culture that attracted some 35,000 pot advocates to Sunset Beach in 2017. Light on context, the news item did not mention that 4/20 has been observed in Vancouver since 1995, the year that an estimated 200 people gathered in downtown’s Victory Square to party and protest the failed war on drugs. Nor did it tell us that 4/20 events are held in cities across Canada and the United States. The item’s faux outrage seemed a little hollow, given that the same coincidence of a pro-d day and 4/20 occurred in 2012 without any dire consequences. Did I mention that Canada is legalizing cannabis in July? Today, Reeling Back adds four recreational drug-fuelled titles to its archive (with links to each following the Afterword to this posting). Most in keeping with the tone of that recent TV report is director Louis Gasnier’s 1936 “educational” feature Reefer Madness.

REEFER MADNESS (original title: Tell Your Children). Written by Arthur Hoerl. Based on a story by Lawrence Meade. Music direction by Abe Meyer. Directed by Louis Gasnier. Running time: 64 minutes. General entertainment with no B.C. Classifier’s warning. IF YOU'RE LOOKING FOR a movie with something to say, look no further than Reefer Madness, a brief, blunt, anti-smoking film enjoying a run of after-hours success at the Vogue Theatre. This is the film that exposes "the deadly scourge that drags our children into the quagmires of degradation, the weed from the devil's garden — marihuana!"
Marihuana — that's the way they spell it in the film — is portrayed as the modern equivalent of demonic possession, capable of sapping a person's judgment, morals, time-sense and inhibitions. A puff is enough to turn girls into lusting animals, and boys into crazed killers.
The film, allegedly made in 1936, opens with a hatchet-faced high school principal (Josef Forte) lecturing the local PTA on the marijuana menace. He delivers his "facts" with all the fire and conviction of a fundamentalist preacher describing damnation, colourfully cataloguing its effects and the valiant efforts being made by the G-men to control it.
To drive his point home, he gives his audience the "true facts in the Harper case," a dramatic flashback that forms the largest part of the 64-minute movie. It is the story of four "nice" kids ruined by the killer weed.
At the centre of the action is Bill Harper (Kenneth Craig), a squeaky-clean tennis champ, and his Simon-pure sweetheart Mary Lane (Dorothy Short). Unbeknownst to the chaste young couple, a pair of slightly older students, who are already marijuana "addicts," want to break them up.
Ralph (Dave O'Brien), a wavy-haired cad who looks more like a dishonest accountant than a collegian, has dishonourable intentions toward Mary. Blanche (Lillian Miles), looking more like a B-girl than a cheerleader, wants to introduce Bill to bedroom athletics.
Hovering in the background in a variety of Humphrey Bogartish poses is Jack Perry, (Carleton Young) the pusher, who promises to deliver the nice kids into the hands of his good customers, the not-so-nice kids. He begins by turning on Mary's gosh-wow kid brother, Jimmy (Warren McCollom).
You know almost immediately that no good can come of this. And none does. Three of the characters end up dead: two murdered and one a suicide.
Two more have their lives ruined and their souls permanently scarred with guilt. The last one goes hopelessly insane, a truly outstanding catalogue of effects when you consider that everyone in the film puffs their reefers furiously without ever once inhaling.
The film, which claims that marijuana throws its users "into fits of uncontrollable laughter," is being distributed as a comedy. Its present owners, the U.S.-based National Organization for the Reform of Marijuana Laws (NORML) claims the thing was made in 1936 as "an educational film."
That may be true, but I'm inclined to doubt it. No record of the film or any of the people associated with it exists in any of the conventional sources. Neither the New York Times index, the catalogue of the American Film Institute, Reader's Guide (to the magazines of the day) nor elderly copies of the Motion Picture Almanac can turn up a clue.
It is possible, of course, that the film was an independently-made "church basement" production. For years, organizations with axes to grind have turned out films that are carried about from rented hall to hall. This unrecorded "hidden history" of the cinema includes things like industrial promotion features, sect-specific religious films, one-night-stand sex-education documentaries and, more recently, short-run nature films.
Reefer Madness could have been one of those. Made cheaply by an independent producer, it could have been shipped around the country to capitalize on the nation's need for steamy, controversial entertainment under the guise of educational programming during the days when the nice-Nellie Motion Picture Production Code reigned supreme in the Hollywood studios.
Personally, I'm inclined to think the whole thing is a clever hoax, less ambitious than Clifford Irving's Autobiography of Howard Hughes [1971], but infinitely more successful. I think the whole thing was cooked up by some genius like Russ Meyer, secretly shot on the Warner Brothers back lot and quietly foisted on a generation more than willing to appreciate his parody.
If you think about it for a moment, it makes a lot of sense. Here's Meyer, a brilliant independent filmmaker, hired by a big studio to produce films for them. He makes two superb parodies, 1970’s Beyond the Valley of the Dolls and The Seven Minutes (1971), but is generally misunderstood and critically roasted.
His contract with the big studio is suddenly in limbo, and the big studio re-releases The Sound of Music (which opened today [1978] at the Ridge). Meyer, teed off, goes out and secretly makes Reefer Madness. His own earlier films, Lorna and Mud Honey, are certainly proof that he is master of the 1930s style.
I may be wrong, but, until somebody can prove it genuine, I'll believe that Reefer Madness is a 14-carat fake.
Of course, that doesn't make it any the less funny or popular. Odeon has had three good nights out of it already. Together with its companion short subjects, Chapter 15 of the 1943 Batman serial and the more contemporary Firesign Theatre's Martian Space Party (1972), Reefer Madness goes on again tonight at midnight.
Additional showings are scheduled for midnight on March 23 and 30. A Sunday afternoon showing at the Dolphin Theatre is scheduled for April 1 for responsible parents who'd prefer not sending their younger teenagers to a midnight show.

Afterword: I was kidding. People who know me well are familiar with my habit of telling jokes with a straight face. And, yes, despite the fact that the film was not in the reference sources that I cited, I knew that Reefer Madness was for real, an artifact of the 1930s made to exploit a strait-laced America’s fears of non-conforming youth. In 1972, about 10 months after U.S. President Richard Nixon declared a “war on drugs,” pot activist Keith Stroup bought a copy of the film from the Library of Congress. Because it was out of copyright, he was able to distribute the film on behalf of NORML (the National Organization for the Reform of Marijuana Laws), a lobby group that he had founded. The popular response to its return showed how profoundly attitudes had changed towards recreational drug use.
By the time the movie reached Vancouver, it was clear that a new generation of non-conforming filmmakers were changing attitudes on every social issue, often using satire to open the discussion. Russ Meyer’s sex-driven movies mocked moral stereotypes, and it made sense that if Reefer Madness was a new movie, he could have made it. So, with a straight face, I wrote the above review.
Not everybody got the joke. The morning it was published, I received a phone call from a radio producer at the CBC’s Vancouver station. “Is it true?,” he asked. He’d assumed I was protecting a confidential source, and wanted to pursue the story. When I assured him that I was just trying to be funny, he was disappointed. It was around this time that I realized that newspapers provide their stories with by-lines, not to honour their reporters, but as a disclaimer, in case our jokes misfired.
Definitely not a misfire was director Andy Flickman’s 2005 Reefer Madness: The Movie Musical. Filmed in Vancouver, the made-for-TV feature was a properly outrageous adaptation of a 1998 stage production that featured music by Dan Studney, written to accompany Kevin Murphy’s book and lyrics. Kristen Bell, television’s Veronica Mars, starred as Mary Lane, with Christian Campbell as her beau Jimmy Harper. Both Jesus (Robert Torti) and Satan (John Mann) make guest appearances.