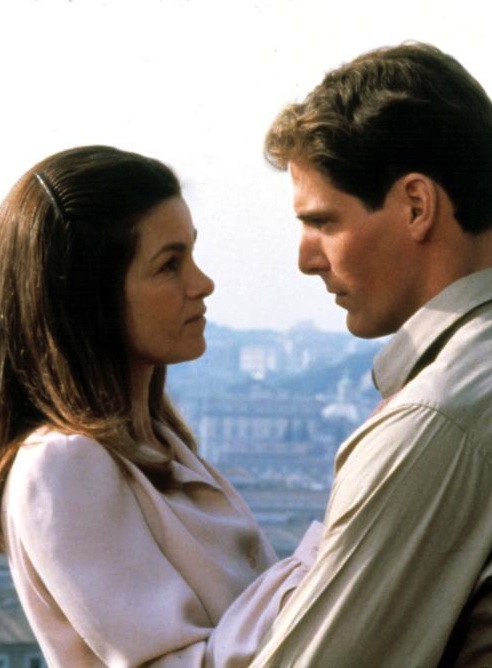 
Today (September 25), on the fourth day of his six-day visit to the United States, Pope Francis addresses the General Assembly of the United Nations. Yesterday, the spiritual leader of the world's 1.1 billion Roman Catholics made history by addressing the U.S. Congress. In just over two years, the Argentine-born Jorge Mario Bergoglio has become a force to be reckoned with on the international stage. He has spoken out on such immediate issues as the European refugee crisis and the Iran nuclear deal. His May 24 encyclical, Laudato si', was a call to action on the threat climate change poses to the planet, "Our Common Home." He is credited with initiating the back-channel diplomacy involved in the current rapprochement between the U.S. and Cuba. A good man and Time Magazine's 2014 Person of the Year, Pope Francis is working hard to overcome the bad press that his church has suffered in recent years, scandals that just reinforced the negative images already a part of American popular culture. In 1982, just four years after the election of John Paul II (the first non-Italian pope in 455 years and a pontiff famous for traveling the world) came the release of director Frank Perry's Monsignor. It starred Christopher Reeve, who was born on this day (September 25) in 1952, as an ambitious, morally flawed priest.

Friday, October 22, 1982.
MONSIGNOR. Written by Abraham Polonsky and Wendell Mayes based on the 1976 novel Monsignore by Jack-Alain Léger. Music by John Williams. Directed by Frank Perry. Running time: 120 minutes. Mature entertainment with the B.C. Classifier's warning: Occasional violence, nudity and coarse language. POOR CLARA. SHE STRIPS OFF her clothes with the resignation of a patient in a charity ward. Naked, she sits up in the huge bed.
"Here I am," she says, "ready for another disaster."
Poor Geneviève Bujold. Although she is capable of bringing dignity and depth to any part she plays, her Clara is in the middle of a major screen disaster, a stultifyingly silly picture called Monsignor.
You've seen the ads, of course. "Forgive me Father for I have sinned. I have killed for my Country, I have stolen for my Church, I have loved a woman, and I am a Priest."
No subtlety there. It's no surprise, then, that Monsignor reunites producer Frank Yablans with director Frank Perry, the team responsible for the outrageously awful Mommie Dearest (1981).
Perry, once thought to have talent, has fallen from grace and given in to temptation. He's become an unrepentant hack. He makes movies that are right down there with 1979's The Greek Tycoon, The Other Side of Midnight (1977) and The Valley of the Dolls (1968) .
Monsignor opens with the ordination of John Flaherty (Christopher Reeve). It cuts suddenly to Father Flaherty's first act as a priest, the marriage of his boyhood buddy Lodovici Varese (Joe Cortese), to the daughter of a minor mafioso.
Cut to a Second World War battlefield. After administering the last rites to a dying GI, Chaplain Flaherty loses his temper and turns the dead man's machine gun on an advancing German patrol.
Cut to Rome, where the red-robed General Walkman (Robert Prosky), the Archbishop of Boston, tells Lt. Flaherty that he has been "rescued from the battle of the guns to the politics and amenities of the Vatican."
The cigar-chomping Archbishop comments on Flaherty's "aggressive personality and considerable charm," telling him to "temper the aggressiveness to serve the Vatican . . . It took a lot of muscle to get an American into this Italian monopoly.
"We want to be heard, Flaherty. The American Church is no longer a colony of Rome."
There is a term that novelists use to describe lengthy passages of dialogue in which characters harangue one another with background material so that readers will have some idea of what's going on. These informational dead-stops are called  "expository lumps" and good writers avoid them.
Abraham (Madigan; Tell Them Willie Boy is Here) Polonsky and Wendell (Death Wish; Go Tell the Spartans) Mayes used to be good writers. Their Monsignor screenplay, unfortunately, lurches from lump to lump. Watching it is like seeing only episodes Two, Four and Six of a schlocky TV mini-series.
Our hero, a financial whiz kid, solves the Church's post-war cash flow crisis by involving the Vatican in the black market. His ally in this unholy enterprise is deported American gangster Vito Appolini (Jason Miller).
"There are three things important to me," Don Vito tells Flaherty. "My family, my honour and my Church."
Dropped into the middle of this muddle is Clara, the promiscuous Carmelite postulant mentioned above. For no good reason, Flaherty takes her as his mistress while posing as Lt. Flannigan, an American officer with dealings in the black market.
I've no idea what purpose the Clara character serves in Jack-Alain Léger's original 1976 French-language novel. The moviemakers pop her in and then out of the story with unseemly haste, as if the idea of a nympho nun were too terrifically tasteless to resist, but not interesting enough to generate more than a couple of scenes.
Nineteen years ago [1963], an unbearably pretentious Otto Preminger film called The  Cardinal had Catholics gagging into their popcorn. Somehow, the Church survived.
Monsignor, this year's big, bold junk movie, is no better. A flaccid attempt to turn cinematic dross into box office gold, it's too inept to take seriously.

Afterword: Christopher Reeve is, of course, known as the big screen's definitive Superman. The 1978 film, his second feature, made him a star, and typecast him at the same time. Tall and athletic, he was an easy choice for romantic hero roles. Playing the morally ambiguous John Flaherty in Monsignor was one of a number of attempts he made to break out and demonstrate his real acting range. Between his screen debut in 1978 (in the sunken submarine drama Gray Lady Down) and the 1995 riding accident that left him a quadriplegic, he appeared in 16 theatrical features. Among the best of his non-heroic roles was that of magazine writer Jonathan Fisher, a journalist who gives in to temptation in the 1987 urban drama Street Smart. Reeve died in 2004 at the age of 52. Today (September 25) would have been his 63rd birthday.