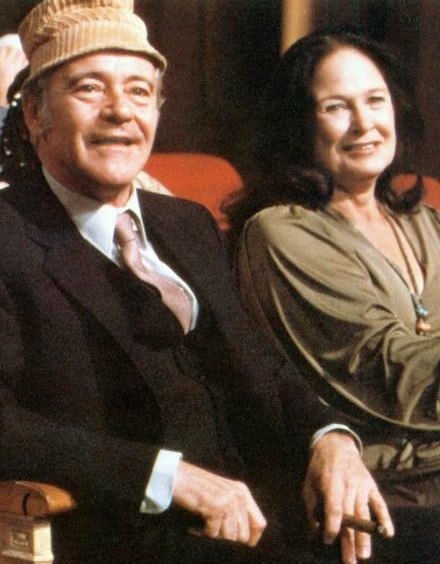 In the company of his physician Gladys Petrelli (Colleen Dewhurst), cancer patient Scottie Templeton (Jack Lemmon) attends a Tribute in his honour.

His talent's for life itself


Heart and hope in human comedy


The winner of two Tony and two Obie Awards for her stage work (as well as four TV Emmys), Colleen Dewhurst was born in Montreal in 1924 on this day (June 3). An honour she missed was a 1980 Genie, for her performance opposite Jack Lemmon in Tribute.

Afterword: Although he was an also-ran for the Oscar, Jack Lemmon did collect the 1980 Genie Award (as well as a Silver Bear at the 1981 Berlin International Film Festival). Though nominated for ten other Genies, Tribute's other artists were all shut out of the winner's circle. Bob Clark, obviously stung by my declaration that he was "not a comedy director," made his next feature project the trend-setting teen comedy Porky's (1982), a movie that he also wrote. Rude in all the right ways, the picture was fast, funny and, in the ultimate "so there, critic guy," it remains to this day the highest-grossing Canadian film of all time. Should any doubt remain, one year after that, Clark gave us the seasonal classic A Christmas Story (1983).