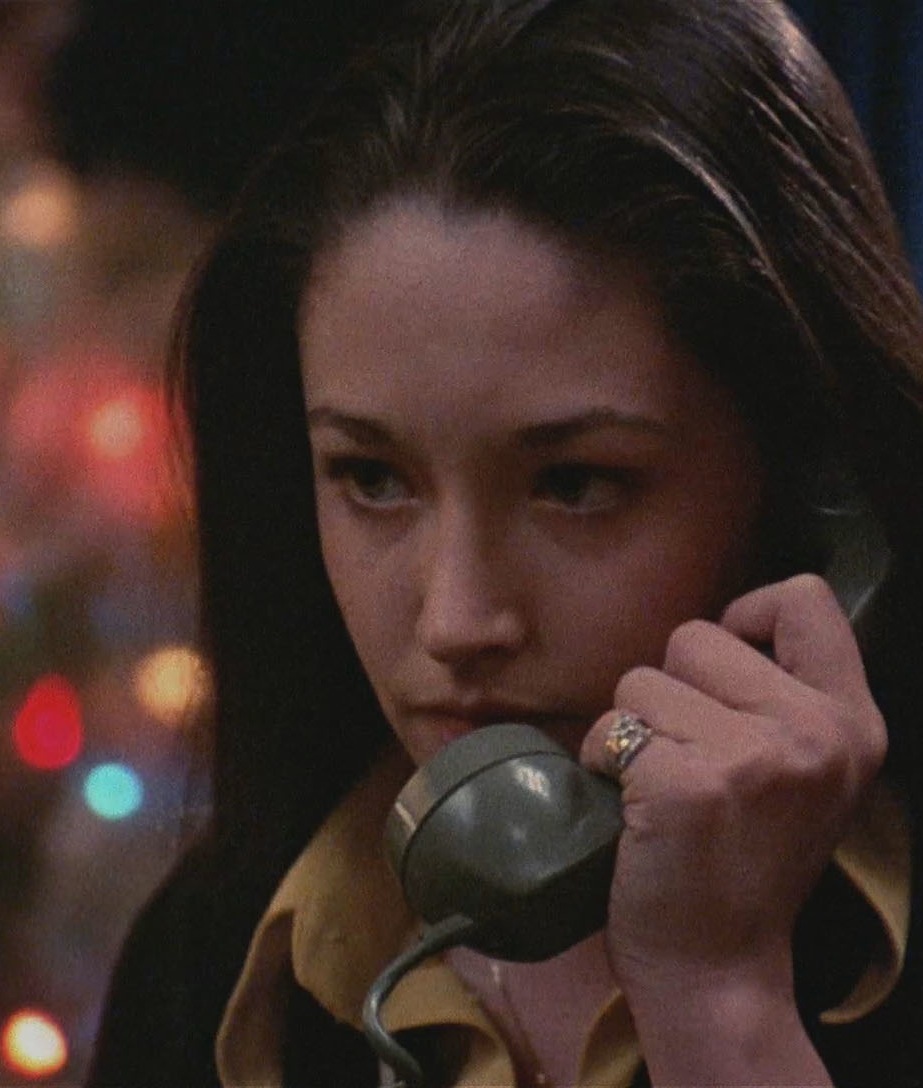 
On the 10th day before Christmas, my TV gave to me . . . Today (Dec. 15), the Reeling Back countdown recalls 1974's Black Christmas, the trend-setting sorority house thriller filmed on the University of Toronto campus.

Monday, November 25, 1974
BLACK CHRISTMAS. Written by Roy Moore. Music by Carl Zittrer. Produced and directed by Bob Clark. Running time: 98 minutes. Restricted entertainment with the B.C. Classifier's warning: swearing, coarse language and very gory scenes. ONE ARTICLE OF FAITH in the film business is the belief that there will always be a market for two kinds of low-budget screen products: the exploiter and the screamer. Their fans may not be interested in art, but they've given many a filmmaker the opportunity to earn a living while he learns his craft.
In French Canada, the current tendency is to serve the market for epidermal epics. By contrast, English Canadian producers are more interested in accommodating the fright fans.
Latest in a growing list of Toronto-made shockers is Black Christmas, a film that combines a high degree of technical polish with a curious thematic restraint. The result is a thriller that seems to purposely dull its own impact.
Made for the "international" market, it is, of course, set in a nice, nondescript American town. Bedford is a college community, and the girls of Pi Kappa Sigma have become the favoured targets of a phone fetishist, an unseen tormentor with the verbal virtuosity of The Exorcist's demon.
The film opens during a Christmas party at the sorority house.  When the phone rings, the fascinated females all gather around to listen to their foul-mouthed friend's holiday performance.
Clare (Lynne Griffin), the most innocent and easily offended resident, is impressed. "Could that be one person?"
"No," says Barbara (Margot Kidder), a more worldly member of the sisterhood. "It's the Mormon Tabernacle Choir doing their annual obscene phone call."
Producer-director Bob Clark starts off with a promising situation. Instead of one lady in distress, he introduces a houseful. In addition to Barb and Clare, his ungentlemanly caller is upsetting Phyllis (Andrea Martin, recently distressed in Ivan Reitman's Toronto-made Cannibal Girls) and Jess (Olivia Hussey, back from her disastrous trip to Ross Hunter's version of Shangri-La in the musical remake of Lost Horizon).
Says their tormentor: "I'm — gasp —going to — pant — kill you."
Jess, fated to be the most distressed, is a stable girl with an unstable boyfriend. A music student, Peter Smythe (played by Keir Dullea, who, according to recent publicity, "now calls Toronto home") has been cooped up in one room pounding on his piano for eight years. He's feeling a little tense.
Two factors emerge to unbalance their relationship. Peter wants to drop out and get married. Jess is pregnant, but she wants an abortion. With perfect 1970s logic, she tells him that "you can't ask me to drop all my ambitions and plans just because your plans have changed."
Director Clark starts out with all the elements of a memorable psychological thriller. Apparently, though, he decided against doing anything quite so serious. As a result, Roy Moore's screenplay ends up being an unsteady blend of rube humour and unresolved plot complications. Perhaps Clark thought that a film with too much depth wouldn't make it on the rural drive-in circuit.
If that was his thinking, though, he pulls his best punches. Of the movie's seven murders, three take place off screen and the other four are handled with far too much circumspection to thrill a real redneck.
His standoffishness also dilutes the picture's most effective gimmick, giving the role of the killer to a subjective camera. In most cases, instead of seeing the murderer, the audience sees what he sees. By looking through his eyes, the filmgoer is in a position to vicariously commit his crimes.
Clark gives his audience two clues to the identity of his killer. He's a mouth-breather and he is followed around by the sound of discordant piano notes. One of those clues is probably a red herring.
Black Christmas is an unsettling compromise.  Clark wants to please both the mystery-thriller and the straight-up horror fans, arriving at a point somewhere in the middle by toning down both its intelligence and sensationalism. The package that results won't please either.
*    *    *
VELUT ARBOR AEVO: One of Canada's most familiar filmic landmarks may soon be Hart House, the men's student union building at the University of Toronto. A magnificent neo-gothic structure built during the First World War, it has turned up in at least five recent feature films, including Black Christmas.
International audiences saw it in Class of 44 and The Paper Chase (both 1973). Prior to that, it was featured in a pair of Canadian features, Winter Kept Us Warm (1965) and Flick (released in the U.S. as Dr. Frankenstein on Campus; 1970).
Invariably, it plays an American college. To date [1974], the only film in which Hart House actually plays itself is More Light for the Mind, a promotional short made for the U. of T.

Afterword: During his decade-long visit to Toronto, New Orleans-born Bob Clark directed seven feature films that would make an indelible mark on Canadian cinema . . . and on the Christmas movie. A few days from now we'll take a look at his masterpiece, the classic A Christmas Story (1983). Today, our focus is on the influential Black Christmas, his first Canadian feature and the first film to use the Yuletide as a backdrop for screen shocks. Clark pioneered the anti-Christmas picture (now its own sub-genre with violent new titles added every year). He also is credited with having made the first "slasher" film. Yes, a Canadian production established the formula that would result in spawning the franchises of Halloween (1978), Friday the 13th (1980) and A Nightmare on Elm Street (1984). In 2006, Glen Morgan, best-known for his work on The X-Files and Final Destination movies, wrote and directed a Black Christmas remake. Shot in Vancouver, the new version has its deranged villain escaping from The Clark Sanitarium. Andrea Martin, who played sorority house victim Phyllis in the original, had the role of house mother Mrs. Mac in the remake.