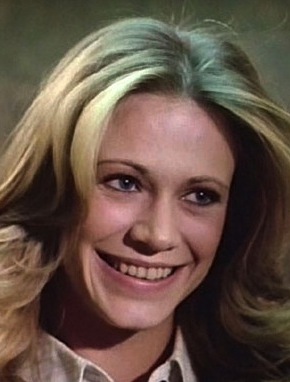 Marilyn Chambers: "Real sex scenes are an honest statement of who I am."

In her own words


It's a matter of freedom of choice


In an interview during a 1983 visit to Vancouver to promote her film Up 'n' Coming, adult-film actress Marilyn Chambers spoke directly to the talking points used by anti-pornography activists.

Friday, 14 January, 1983.
LATE LAST YEAR, VANCOUVER was given a taste of politically-motivated urban terrorism. In the early hours of Monday, November 22, fire-bombers destroyed two Lower Mainland videotape shops. Unexploded incendiary devices were found in a third.
A group calling itself "the Wimmin's (sic) Fire Brigade" claimed responsibility for the arson attacks. Following the pattern established by its European kin, it communicated its demands to the government by means of a press release. " . . . shut down Red Hot Video."
Since then, much attention has been paid to the so-called "anti-pornography movement." Unfortunately, instead of reasoned debate, this attention has stimulated little more than shrill rhetoric, sloganeering and political posturing.
Thursday afternoon, actress Marilyn Chambers was in Vancouver to promote the Blaine, Washington, premiere of her most recent film, the sexually explicit Up 'n' Coming. Because so few pro-choice voices have been heard lately, I asked her to respond to some of the issues that have been raised by sincere and concerned members of the anti-porn lobby.

Do you feel that giving an explicit sexual performance degrades you? . . .  exploits you? . . . makes you hateful?

No. Performing simulated sex acts in the movies degrades me. Real sex scenes are an honest statement of who I am. I am not exploited, either. No one, but no one, exploits me but me. I am a product of myself.
Hated? I'm a performer. Either (the audience) loves you or it hates you. I get very positive feelings back from my audiences. I think these woman have a lot of preconceived notions and misconceptions.

Do you know of other performers in sexually explicit films who are degraded, exploited or made hateful?

These people are all performers. They're actors. This is not a situation where people are drugged, or have guns held to their heads. That's the sort of thing that a lot of people want to believe (about the explicit sex film business) but it's not true.
Everyone I know loves their work. There are people banging down the doors to get into the business.

I don't see why. Men don't hate women. They're there because they love them.

"Pornography is the rapist's trade manual."

Rape is a crime of violence, not sex. I remember a film called No Way to Treat a Lady [1968] with Rod Steiger in it. He played a nut who hated women. He'd go out and kill them, put big lipstick kisses on their faces and prop their bodies up on the toilet. Nobody complained about that.

What is violent pornography? These people are acting! This type of thing [sexual violence] does go on in our society. It's a fantasy to some, and hateful to others.
Look. A film is rated R if someone cuts a woman's breast off. It is rated X if someone kisses her breast. If someone kisses a breast, and then cuts it off, yeech, that's Caligula and I don't want to see it. It's still a matter of freedom of choice. Nobody's breaking people's arms to
buy videotapes.

How prevalent is sex-related violence in sexually explicit films?

It's not prevalent at all. It's a very small part of the business. It's like horror-comedy. There's really not much audience for it.
Basically X-rated movies are made to stimulate and titillate, and violence is a turn-off for most people. But, just like there's an audience for different kinds of horror films, there are some people who like to play sadomasochistic games in the bedroom.
The more I think about it, the more I think there is a different underlying motivation involved here, that doesn't have anything to do with what [the anti-porn spokespersons] are saying. I think these are politically frustrated women more interested in power games. Going around and bombing places — that's violence.
Pornography is supposed to create a pleasurable fantasy situation. It's every woman's fantasy to be ravished. [But] no woman ever has to be beaten up or raped. You just get up and walk. Call the police, or Rape Relief.

In an X-rated film the sex is real, so that makes something like a rape seem like reality, where in other films it isn't. Some people are really bothered by that.

Do so-called "snuff" films (films in which a performer is actually murdered) exist?

No, they do not exist. l've never seen one, and I don't know anyone who has. That Shackleton thing [Snuff, the 1975 film, distributed by Alan Shackleton, that generated the controversy] wasn't real. They proved that. People just want to believe in something sensational.

That's a very disgusting thing. It exists, but I've never seen any, and never want to. It is not part of the business. It's underground and illegal, and it should be. That's a violent crime.

It's no different. People who go to see one, see the other.

Has the audience for sexually explicit films changed since 1972 [the year that Chambers' first X-rated feature Behind the Green Door was released]? If so, how?

Yes. We've gone from the men in raincoats, with three-piece suits underneath, to audiences of couples — young couples, older couples and even old couples.

The above is a restored version of a Province interview by Michael Walsh originally published in 1983. For additional information on this archived material, please visit my FAQ.

Afterword: Marilyn Chambers' heart failed her in April, 2009. A feature story published on The Daily Beast website tells us that she died alone in her bed, "a tattered copy of (her) 1975 autobiography My Story near her pillow." Her story — the full story in all of its human complexity — remains to be told.

See also: In an interview during a 1980 visit to Vancouver, to promote the film Insatiable, actress Marilyn Chambers shared her memories of working with Canadian director David Cronenberg on his 1977 feature Rabid.  For a comprehensive consideration of her life and career, I recommend Jared Stearns' website Private Chambers, The Marilyn Chambers Online Archive.