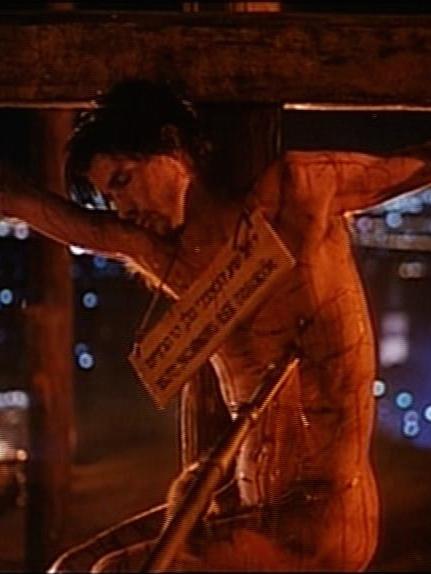 In Imitation of Christ


Examining His message in today’s world


The first full moon after March 21 rose on Tuesday (April 11), which means that today (April 14) is Good Friday. A moveable feast, it’s the most sombre day in the Christian liturgical year, the Church’s commemoration of the crucifixion and death of Jesus Christ. Although still a statutory holiday in most Catholic-majority countries, public observances are optional. In our secular world, Walmart stores maintain their regular hours of operation. Surprisingly, religiously-themed movies have been enjoying something of a niche-market renaissance. Checking Wikipedia’s “List of Christian films,” I discovered that more such pictures have been made in the last 16 years than in the nine filmmaking decades of the 20th century (1912-2000). Included are evangelical dramas such as the 2014 Left Behind remake and Do You Believe? (2015), as well as the big-budget biblical epics Exodus: Gods and Kings and Noah (both 2014). The story of Jesus was dramatized in 2004’s The Passion of the Christ, in Son of God (2014), Last Days in the Desert (2015), Risen and The Young Messiah (both 2016). He also had a speaking role in last year’s Ben-Hur remake. Arguably the most thoughtful movie inspired by the Gospels was made by Canada’s Denys Arcand. Lothaire Bluteau, who was born on this day (April 14) in 1957, has the title role in 1989’s Jésus de Montréal.

JÉSUS DE MONTRÉAL (Jesus of Montreal). Music by Yves Laferrière. Written and directed by Denys Arcand. Running time: 119 minutes. 14 Years Limited Admission with the B.C. Classifier’s warning: occasional nudity, suggestive scenes, very coarse language. In French with English subtitles. IT'S A HIT. IN MONTREAL, actor Daniel Coulombe (Lothaire Bluteau) scores a resounding success with his challenging new adaptation of The Way of the Cross.
“I liked the story,” says a young woman following its premiere. Her tone is thoughtful, suggesting that Coulombe's unorthodox staging of the traditional Eastertide Passion Play has moved her in ways she had not expected.
“We've heard it before,” says the older man standing next to her.
“My first time,” she says unselfconsciously.
The exchange, a bit of background business in Denys Arcand’s serio-comic Jésus de Montréal, reminds us that there are people in our secular society for whom the Christian New Testament is not common currency.
It’s a fact that the Québec-born Arcand’s winningly witty backstage parable keeps firmly in mind. No special knowledge is needed to enjoy Arcand's tale of an actor's search for personal inspiration, a multi-level quest for spiritual truth in the modern world.
An intense, 30ish actor, Coulombe is respected by his peers but largely unknown to the public. He is offered the role of Jesus along with the task of "livening up" a pious outdoors religious pageant performed annually on Mount Royal.
Seizing the opportunity to direct, Coulombe carefully chooses the members of his performing company. Together, the three men and two women develop a powerful new approach to the traditional account, taking note of the latest discoveries in bible history and Middle Eastern archeology.
Critical acclaim notwithstanding, Coulombe’s clerical patrons are deeply offended by his razzle-dazzle revisionism. When the players resist church efforts to shut them down, tragedy follows.
Arcand's story works. A contemporary tale of art and commerce and of artists and establishments, his Jésus de Montréal is vibrant and involving, even without an allegorical dimension.
Knowledge of the story (that the religiously sophisticated have all heard before) is not necessary to appreciate his film’s dynamically modern characters, their actions or their motivations.
The actors who join Coulombe — Mireille (Catherine Wilkening), Constance (Johanne-Marie Tremblay), Martin (Rémy Girard) and René (Robert Lapage) — do so for the opportunity to fulfil their own artistic needs.
The Church, represented by the less-than-celibate Father Raymond Leclerc (Gilles Pelletier), has its own institutional agenda. The outside world, involved through the media, as well as the court and health systems, has its role to play as well.
For filmgoers familiar with Scripture, Arcand's achievement is even more impressive. Without being obvious or facile, his screenplay parallels the Gospels.
“Looking for Jesus?” a passing librarian asks Coulombe as he pores over books of Bible history.
“Yes.”
“It is He who will find you,” she airily assures him. And so He does, as Coulombe's life turns into an unintended, entirely natural imitation of Christ.
Arcand, who rose to the rank of world-class director with his 1986 feature Le déclin de l'empire américain, affirms his status with this absorbing examination of the state of Christ's message in the world today. Brilliant, original, profound and funny, his Jésus de Montréal is a daringly conceived, superbly acted feature, one of 1989's finest films.
*    *    *
SUNDAY — WHEN ELSE? — CINEPLEX Odeon opens Arcand’s Jésus de Montréal in its very own Jesus house, Cambie Street’s Park Theatre.
In 1973, the Park was home to Jesus Christ Superstar. Director Norman Jewison’s brilliant adaptation of the Gospel-inspired rock opera played there for nearly a year.
Last year [1988], the Park premiered Martin Scorsese’s controversial The Last Temptation of Christ. Local Christian fundamentalists staged protests at the theatre during the runs of both pictures.

Afterword: Jésus de Montréal was nominated for a best foreign language film Oscar — it lost to Italy’s nostalgia-soaked tribute to the movies, Cinema Paradiso — and won the Jury Prize for director Denys Arcand at the 1989 Cannes Film Festival. Not unexpectedly, the picture cleaned up a Canada’s own annual awards show. Nominated for 16 Genies, it won 12, including best picture, director and screenplay (Arcand), actor (Lothaire Bluteau), cinematography (Guy Dufaux) and music (Yves Laferrière).
Writing in Britain’s Guardian newspaper in 2010, film critic Mark Kermode ranked Lothaire Bluteau first among “The 10 best screen faces of Jesus.” Playing an actor who plays Jesus provided Bluteau with his international screen breakthrough. In 1991, he had the starring role in director Bruce Beresford’s adaptation of Brian Moore’s historical novel Black Robe. An intense presence, he found work with such independent filmmakers as Britain’s Sally Potter (in her 1992 feature Orlando), Québec’s Robert Lepage (Le Confessionnal; 1995) and Mary Harron (I Shot Andy Warhol; 1996). Continually dividing his time between stage and screen assignments, he was seen most recently as the French Emperor Charles, who defends his Paris against the depredations of Ragnar, in 13 episondes of the cable History network’s The Vikings (2015-2016). Lothaire Bluteau turns 60 today (April 14).

See also: A lot has changed since Australian priest Peter Malone published his 1988 study Movie Christs and Antichrists, which was quickly followed by American film scholar Roy Kinnard’s Divine Images: A History of Jesus on the Screen (1992). A good starting point for more recent depictions is the Wikipedia article “List of Christian films.”