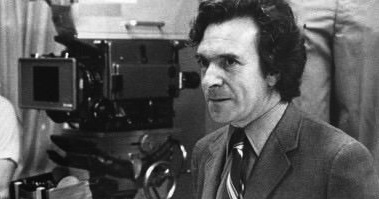 Director ARTHUR HILLER on the set of the 1971 medical satire The Hospital.


Directing the laughter and the tears


After distinguishing himself during TV's golden age, he moved on to feature films, earning an Oscar nomination as the director of 1970's top-grossing picture, Love Story. Today's quiz tests your knowledge of the screen career of Edmonton-born Arthur Hiller.

EDMONTON-BORN ARTHUR HILLER has no pretensions about his chosen profession. According to the director of 1970's Love Story, one of the all-time great money-making features, "any reasonably intelligent person can be taught to make a movie." Hiller did his own studying at the CBC, followed by graduate work at the NBC and CBS television networks in the U.S. Then it was on to Hollywood. From the brief descriptions given below, identify the following Arthur Hiller films:

1.     Carlotta Monti wanted to be an actress. Instead, she became the mistress of Hollywood's most misanthropic comedian. Her memoir of their affair was the basis for this 1976 backstage biography starring Valerie Perrine as Carlotta and Rod Steiger as her "Bill."

2.    A bittersweet anti-war comedy, this 1964 film starred Julie Andrews as Emily Barham, a British Second World War widow who does what she can to make American officers like James Garner's Charlie Madison feel at home away from home.

3.    The true story of Colonel Podhajsky, the Second World War Austrian officer who saved the Royal Lippizans, was told in this 1963 adventure film shot on location for Walt Disney. Robert Taylor starred as the horse-conscious colonel.

4.    Peter O'Toole had the title role in this lavish 1972 musical. The film, which featured a singing Sophia Loren, was based on a Broadway success that was inspired by Cervantes' classic Spanish novel, Don Quixote.

5.    Jack Lemmon and Sandy Dennis starred as George and Gwen Kellerman, an accident-prone couple who visit New York in this 1969 comedy. Broadway playwright Neil Simon developed the concept as an original screenplay for director Hiller.

BONUS QUESTION:
In 1976, Hiller went on location to film the story of the Silver Streak, a train that makes the Los Angeles-Chicago run. Gene Wilder, Jill Clayburgh, Richard Pryor and Patrick McGoohan were cast as passengers. And the train was played by . . . ?

1. W.C. Fields and Me
2. The Americanization of Emily
3. The Miracle of the White Stallions
4. Man of La Mancha
5. The Out-of-Towners

The above is a restored version of Quiz 46, one of 78 included in The Canadian Movie Quiz Book by Michael Walsh, originally published in 1979. For additional information on this archived material, please visit my FAQ.