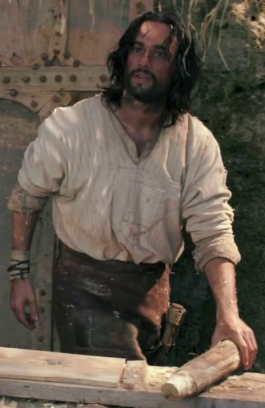 Not your father’s Jesus


Sanctimony with a veneer of spectacle


Now in theatres in a 3D version, Ben-Hur is the latest screen adaptation of the best-selling American novel of the 19th century. Never out of print since its publication in 1880, Lew Wallace’s book is subtitled A Tale of the Christ, a reminder of who its real hero is. That, in turn, reminds us of the many actors who have played Jesus on screen since the coming of sound. Among the more memorable: Jeffrey Hunter’s clean-cut American portrayal in director Nicholas Ray’s King of Kings (1961); Max Von Sydow offering a touch of European angst in George Stevens’s The Greatest Story Ever Told (1965); Robert Powell, unblinkingly English in Franco Zeffirelli’s 1976 TV mini series Jesus of Nazareth; Willem Dafoe, gritty and human in Martin Scorsese’s The Last Temptation of Christ (1988); and Jim Caviezel's seriously tortured Saviour in Mel Gibson’s The Passion of the Christ (2004). The rock generation introduced musical messiahs, with Ted Neely singing the title role in Norman Jewison’s Jesus Christ Superstar and Canadian Victor Garber assuring us it was “All for the Best” in David Greene’s Godspell (both 1973). Turning back the clock is the carpenter we met on Friday. Born on this day (August 22) in 1975, Brazilian actor Rodrigo Santoro offers a motivational speaker's version of redemption in director Timur Bekmambetov’s current Ben-Hur.

The above is an original Reeling Back review by Michael Walsh first published today (August 22, 2016). For additional information, please visit my FAQ.

Afterword: Within 24 hours of Ben-Hur’s Friday, August 19 opening, Variety used  the word “debacle” in a headline to describe the $100-million movie. It followed up a day later, adding “disastrous,” “bomb” and “flop” to describe the picture. According to the trade paper, the top-grossing movie for the third week running remained Suicide Squad, a supervillain action-comedy based on a DC comic book. Fortunately, many of the talents involved with Ben-Hur have comic book (or comic book-like) film credits to fall back on. Director Timur Bekmambetov, whose last U.S. feature was 2012’s Abraham Lincoln: Vampire Hunter, made his Hollywood debut with 2008’s Wanted, based on the six-issue series by Scots comic creator Mark Miller. Toby Kebbell, the movie’s Messala, had the Dr. Doom role in 2015’s Fantastic Four, a Marvel comic adaptation. Rodrigo Santoro (Jesus), was Xerxes in 2014’s 300: Rise of an Empire, based on the Frank Miller graphic novel. Nazanin Boniadi (Esther), played Amira Ahmed in the 2008 Iron Man feature, and Ayelet Zurer (Naomi Ben-Hur) was seen as Lara Lor-Van, Superman’s mom in the 2013 Man of Steel. Jack Huston (Judah Ben-Hur) may have a comic-book role in his future. He came close when he played the duplicitous Wickham in 2016’s Pride and Prejudice and Zombies.