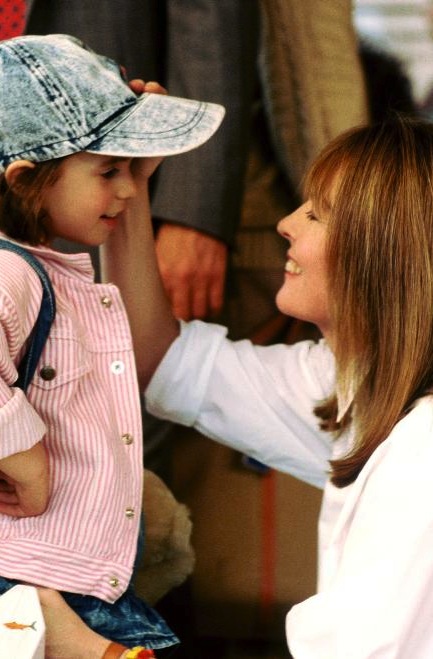 Paying for her passions


Today (May 10) is the second Sunday of May, since 1914 the day upon which moms are honoured and motherhood is held sacred. It was conceived as a day of reconciliation. In 1868, social activist Anna Jarvis (1832-1905) came up with the idea of "a Mother's Friendship Day" to bring together families divided by the U.S. Civil War. Forty years later, her daughter, also named Anna Jarvis (1864-1948), campaigned for the Mother's Day we celebrate today. Whatever pleasure she took in its success turned to anger when the day became a major occasion for commercial exploitation. She spent the rest of her life denouncing its abuse. Cut from similar confrontational cloth was Mary Harris (1837-1930), better known as Mother Jones. Called "the most dangerous woman in America" by a West Virginia prosecutor, she was an eloquent and effective union organizer, who advised "her boys" to "pray for the dead and fight like hell for the living." Her hell-raising is both honoured and emulated in the investigative journalism of the socially progressive magazine named for her. Founded in 1976, Mother Jones operates on the principle that every day is Mother's day. Filmmakers, too, have confrontational feelings about motherhood. Consider, for example, the custody battle waged by a modern mom named Anna in director Leonard Nimoy's 1988 domestic drama The Good Mother.

Friday, November 4, 1988.
THE GOOD MOTHER. Written by Michael Bortman. Based on Sue Miller's 1986 novel. Music by Elmer Bernstein. Directed by Leonard Nimoy. Running time: 103 minutes. Mature entertainment with the B.C. Classifier's warning: occasional nudity and suggestive scenes. THEIRS WAS A MARRIAGE made off-screen. It happens somewhere between the child Anna's rambling recollection of a girlhood summer and her adult confession of sexual dissatisfaction.
In between, Anna marries Brian; then, after seven years, they divorce. The Good Mother keeps their daughter Molly (Asia Vieira), and Brian takes up with a lady lawyer.
When we finally meet adult Anna (Diane Keaton), Brian (James Naughton) is already gone. To support her offspring, she washes glassware in a hospital laboratory and teaches piano.
When Anna refuses her granddad's financial help, Frank (Ralph Bellamy) accuses her of suffering "from some romantic ideals about poverty."
What else? As a child, young Anna (Marion Bennett) was fascinated with her mother's rebellious teenaged sister (Tracy Griffith). "I wanted to be a passionate person," she tells us in voice-over narration.
One day, during a visit to an artist's loft, the lonely divorcée gets her wish. Aiding her in this bit of self-discovery is sculptor Leo Cutter (Liam Neeson), a lover like none she's ever known.
Before Leo makes his move, The Good Mother is a domestic drama going nowhere at a snail's pace. Not only is it going badly, but I feared it would only get worse.
For one thing, there is the matter of actress Keaton's notorious bad luck in romantic roles. Run a finger down a list of her pictures — The Godfather films, Looking for Mr. Goodbar (1977), Reds (1981), Shoot the Moon (1982), Mrs. Soffel (1984) and The Little Drummer Girl (1984) — and you see a woman who seldom gets to live happily ever after.
Then there is the matter of direction. Until now, Leonard Nimoy's behind-the-camera skills have never been fully tested.
Though he directed the 1984 and 1986 Star Trek  features, he was among friends and was supported by a veteran crew. In the case of last year's Three Men and a Baby, the film was a remake and, its boxoffice success notwithstanding, it was a clumsy, by-the-number effort.
Given the mess he makes of The Good Mother, I wonder if Nimoy isn't an alien after all. It's his first attempt at straight drama, and he fails to connect with anything like a human emotion.
At first, the picture just thrashes about aimlessly as Keaton runs through her repertoire of flaky mannerisms. They won her an Oscar (for 1977's Annie Hall), and she hasn't bothered to extend her performing range since.
When sensitive, attentive Leo enters her life, Anna seems to find something like self-fulfillment. Together with Molly, they begin to develop a caring family unit.
Then, boring Brian returns to sue his ex-wife for the custody of their child. A self-righteous, me-first yuppie, he's heard from Molly that mommy and her new boyfriend are practicing liberals.
In less time than it takes to belch "George Bush,'' Brian jumps to some ugly conclusions. He accuses Leo of child abuse and Anna of being an unfit mother.
Desperate to keep her child, Anna puts herself in the hands of Muth (Jason Robards), an expensive, pinstriped shyster who counsels her to commit perjury. We're talking trendy soap-operatics, here.
We're also talking thickly sliced cinematic turkey. The Good Mother is an incoherent tale of self-absorbed people as unreal as they are under-developed.

Afterword: Ah, the Reagan years. On November 8, 1988, four days after this review was published, U.S. voters chose heir-presumptive George H. W. Bush to succeed The Great Communicator as their president. After eight years presided over by a man who called his wife "mommy," is it any wonder that Americans suffer from motherhood issues? Although it was a box-office failure, The Good Mother promoted the sort of anti-woman "family values" that were supposed to play well among the Republican party's Moral Majority supporters. It was a throwback to the days when a woman who enjoyed sex could not be "good," and therefore deserved punishment. The point was not lost on the picture's foreign distributors, who renamed it The Price of Passion. (In France it was shown as Le prix de la passion; in Germany, Der Preis der Gefühle; in Spain, El precio de la passión). The inept feature was a toned-down adaptation of author Sue Miller's 1986 debut novel (the first of 11 that she's published to date). Also made into a movie was her second book, Inventing the Abbots (1987), a  story of class differences in small-town Illinois during the 1950s. Irish-born Pat O'Connor directed a nice little independent screen version in 1997. Toronto-born actress Asia Vieria, who made her feature-film debut as the prize in The Good Mother's custody battle, went on to appear in two more features: 1992's Used People and The Home at the End of the World (2004). Her major acting roles have been in made-in-Canada TV features and TV series episodes.