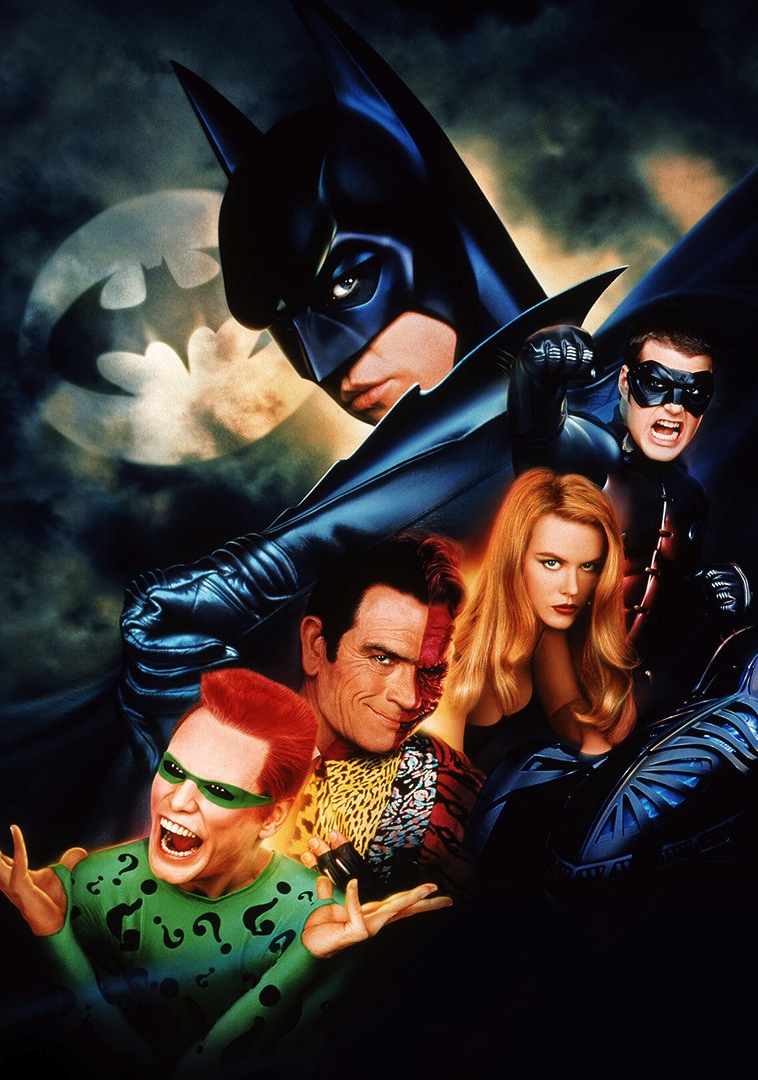 Shout not without style


Today (April 17), nightwing enthusiasts mark Bat Appreciation Day. We're likely to hear flying-mammal fanciers assuring radio-show hosts that no, bats are not rodents. Sure, we all know that the literal translation of the German word fledermaus is "flying mouse." But, despite the German reputation for scientific precision — to say nothing of those wonderfully lilting themes composed by Johann Strauss Jr. for his 1874 operetta Die Fledermaus — bats are in fact Chiropterans. The only mammals with the power of flight, they are members of their own unique animal classification. As the world's 1,200 known bat species emerge from hibernation, it's all too easy to remember the negative popular stereotypes. Their nocturnal lifestyle, and the discovery of at least three South American species with a taste for blood, inspired such authors as Bram (Dracula) Stoker and Martin Cruz (Nightwing) Smith to create nightmare classics that have forever besmirched batkind's otherwise blameless reputation. Thank goodness for comic book writer Bob Kane, who created the Bat-Man, and filmmakers such as Joel Schumacher, who continue to turn out bat-positive feature films in the franchise that includes 1995's Batman Forever.

Friday, June 16, 1995.
BATMAN FOREVER. Written by Lee Batchler, Janet Scott Batchler and Akiva Goldman. Based on characters created by Bob Kane. Music by Elliot Goldenthal. Directed by Joel Schumacher. Running time: 121 minutes. Mature entertainment with the B.C. Classifier's warning: some violence. WHEN IN DOUBT, shout.
Comic book writer Bob Kane knew that subtlety was lost on his 1940s readers, so he never used it. When creating supervillains to do battle with his Bat-Man, he made them devilish grotesques, outrageous both physically and mentally.
A modern Manichaean, Kane presented a dualistic struggle between light and darkness, personified in such characters as Harvey Dent, the good lawyer whose face and soul are scarred by a vicious mobster. Dent goes nuts, becoming the good-bad Two-Face whose body is bisected into socially sophisticated and anti-social halves.
Indeed, the Bat-Man himself is a divided character. Motivated by vengeance, "good" Bruce Wayne has a secret identity as an urban vigilante. Masked and costumed, he prowls the night as an agent of extra-legal justice.
No surprise, then, that he should have attracted the attention of clinical psychologists. In his 1954 study of crime and horror comics, Seduction of the Innocent, Dr. Frederic Wertham had much to say about Kane's creation.
The fascination continues. In Batman Forever, Dr. Chase Meridian (Nicole Kidman) looks hungrily at the body-armoured superhero (Val Kilmer) and says, "I could write a hell of a paper on a grown man who dresses up as a flying rodent."
"Bats are not rodents, doctor," Batman says without a trace of humour and, perhaps, a touch of boredom. (In the current film series, breathy blonde beauties are constantly coming on to him.)
We could write a hell of a paper on the appeal of Batman's brand of summary justice for those Americans who still believe that U.S. Second World War interests lay with the Axis rather than the Allies. The leather-loving Nazis had the same approach-avoidance thing for homosexuality that Dr. Wertham insists is at the heart of the Batman-Robin relationship.
Here, though, our subject is Batman Forever, a long, loud shout with very little at its heart. Director Joel Schumacher takes over the franchise established by Tim (Batman, 1989; Batman Returns, 1992) Burton as if he were subleasing a heritage home.
A master stylist in his own right, Schumacher has previously demonstrated brilliance, individuality, subtlety and social conscience in such varied features as The Lost Boys (1987), Cousins (1989), Falling Down (1993) and The Client (1994).
Even with such formulaic material as the midsummer melodrama Flatliners (1990), he crafted a credible nightmare, generating shivers from essentially silly material.
On this round, though, Schumacher appears in doubt, so he shouts. Rather than mess with Burton's success, he's damped down his personal passions and contented himself with rearranging the overstated furnishings.
"I simply love what you've done with your place," The Riddler (Jim Carrey) gushes to Two-Face (Tommy Lee Jones) as he enters his fellow villain's down-the-middle hideout. ". . . House and Garden meets Heavy Metal."
Like a man on vacation, Schumacher piles on the set decoration, cranks up the volume and lets the special-effects work speak for itself. Familiar and undemanding, it's a comfortable reprise of what the kids have come to expect from the Batman brand.
Indeed, the only one to break out in any way is the irrepressible Carrey. "If knowledge is power," he bellows in the film's climactic scene, "then I'm a GAAAHD! . . . (pause) . . . Was that over the top?"
All the way over, Jimbo. All the way.

Afterword: There's a new Batman in town. Well, two, if you count the character played by Ben Affleck in the recently released (March 25, 2016) Batman v Superman: Dawn of Justice feature. The more interesting portrayal is the one given by 15-year-old David Mazouz in the current Fox network television series Gotham (2014 to date). The teen actor is part of an ensemble cast that is recreating the comic-book legend with particular attention to the career of police detective James Gordon (Ben McKenzie) and the origin stories of the pulp saga's eclectic cast of villains. The inventive show's combination of wit and stylishly dark morality is among the best things now on TV.
A success from his May 1939 comic book debut, Batman was first seen on the big screen in a pair of movie serials, 1943's Batman followed by 1949's Batman and Robin. In the irreverent 1960s, the caped crusader was played for laughs in the three-season Batman television series (1966-1968) and in a spinoff feature film, also called Batman (1966). Consigned to TV cartoons for the next 20 years, the character was finally taken seriously (if somewhat archly) by director Tim Burton, who launched the current feature film franchise with 1989's Batman and Batman Returns. Joel Schumacher took over the series to make 1995's Batman Forever, followed by Batman and Robin (1997). In 2005, director Christopher Nolan "rebooted" the series with Batman Begins, a movie that insisted on taking the pulp comics character and his story with deadly seriousness. Nolan's solemn approach paid off at the box office, and he made two sequels, 2008's The Dark Knight and The Dark Knight Rises (2012). In the wake of his success in the current film with Superman, more Batman features are threatened.