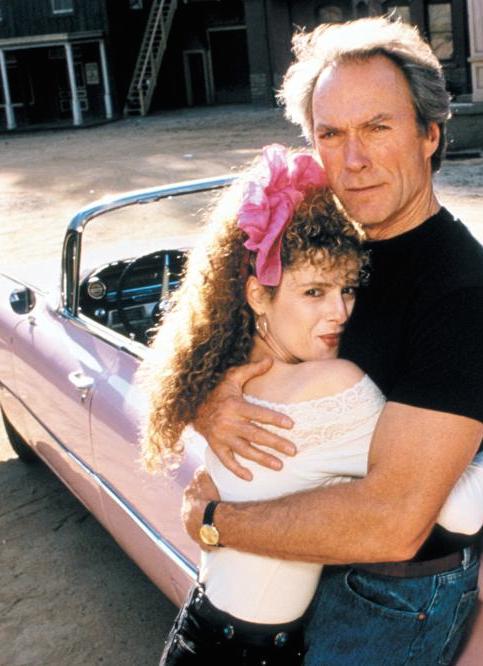 Waiting for the laughs


Yesterday (May 7), the French went to the polls to elect a president. The contest — “the most exciting in living memory,” according to an an editorial in The Economist — saw so-called centrist Emmanuel Macron, 39, defeat right-wing candidate Marine Le Pen, 48, to become the European nation’s youngest chief executive. Tomorrow (May 9), British Columbians are off to what Elections BC insists on calling “voting places” to choose a new provincial government. Although it’s not the subject of international press coverage, the result will be every bit as dramatic for the 4.78 million citizens living in the place The New York Times calls “the ‘wild west’ of Canadian political cash." If elections can be bought with a deluge of dodgy ads, alternative facts and old-fashioned dirty tricks, then Premier Christy Clark’s ruling centre-right Liberal party may well defeat the moderately left New Democrats, led by John Horgan. In other political news, it was on this day (May 8) in 1986 that Clinton Eastwood Jr. was elected mayor of Carmel-by-the-Sea, a town with a population of about 4,000 on California’s Monterey Peninsula. The action actor entered the race when city hall turned down his request for a permit to add a storey to the building housing his bar, the Hog’s Breath Inn. Approval followed shortly after his landslide victory. Less well-received was the feature film Eastwood made shortly after his two-year term ended, the 1989 action comedy Pink Cadillac.

PINK CADILLAC. Written by John Eskow. Music by Steve Dorff. Directed by Buddy Van Horn. Running time: 122 minutes. Mature entertainment with the B.C. Classifier’s warning: occasional coarse language and violence. NOT ALL THE NEWS is bad. His personal problems notwithstanding, there’s much to be said for Clint Eastwood.
For one thing, he still manages to surprise us. In Pink Cadillac, he plays Tommy Nowak, a Sacramento skip tracer with a Fletch-like penchant for outlandish disguises.
Darned if Clint, the actor, doesn’t slip into his character’s characters with genuine relish. Though the bits are all too brief, they’re choice, an unexpected glimpse at a performer enjoying his craft.
His co-star is Bernadette Peters, here playing Lou Ann McGuinn, a lady on the lam and Nowak’s quarry. Peters, a veteran Broadway drama and musical star, is a powerhouse performer in her own right.
That too speaks well for Clint. Come to think of it, the big guy has never been afraid of sharing the screen with genuinely talented women.
On those occasions when an Eastwood film has featured a strong female character, the part usually went to a first-rate actress, someone like Shirley MacLaine (Two Mules for Sister Sara; 1970), Jessica Walter (Play Misty for Me; 1971), Tyne Daly (The Enforcer; 1976), Genevieve Bujold (Tightrope; 1984) or Marsha Mason (Heartbreak Ridge; 1986).
Peters’s Lou Ann is on the run from a bad marriage. Her means of escape is her gormless husband’s pink 1959 Cadillac convertible.
Nowak is in pursuit because Lou Ann is also skipping out on a $25,000 bail bond. Unbeknownst to the lady, her vintage vehicle has $250,000 stashed in the back, money belonging to a gang of white supremacist gun nuts known as “The Birthright.”
Are we having fun yet?
Billed as an action comedy, Pink Cadillac is supposed to be in the tradition of Eastwood's previous blacktop hits, the successor to  Every Which Way But Loose (1978) and Any Which Way You  Can (1980).
I kept waiting to laugh. Unfortunately, Clint’s long-time friend and occasional director Buddy Van Horn hasn’t the comic sense of an orangutan.
Nor does he get much help from first-time screenwriter John Eskow. As written, The Birthright is more scary than screwball, an all-too-real collection of racist hard cases.
The picture is at its best when Clint is doing characters, a selection that includes a rural redneck who’s the spitting image of Fred Munster. Mostly, though, he just does his standard tough guy.
It has sparkle when Peters and Eastwood are interacting. Mostly, though, they’re just involved in chases.
The result is a film that never gets off the ground as comedy, while offering an action plot that is commonplace and rather shopworn.

Afterword: In its exhaustive entry on the Political life of Clint Eastwood, Wikipedia contributors note that Eastwood received a phone call from President Ronald Reagan following his victory in the Carmel-by-the-Sea election. Reagan is quoted as saying “What’s an actor who once appeared with a monkey in a movie doing in politics?” It was a joke, of course. Reagan was infamous for having starred opposite a chimp named Peggy in 1951’s Bedtime for Bonzo. Eastwood did his comic turn opposite an orangutan named Manis, who played his best buddy Clyde in Every Which Way But Loose (1978).
The “bad news” referred to in the opening of the above review were the mid-May 1989 headlines that Eastwood’s frequent co-star and live-in lover Sondra Locke was suing him. Locke alleged that she had suffered “humiliation, mental anguish . . . severe emotional and physical distress and . . . mental and physical harm” during their 11-year relationship, a package of wrongs that included two abortions and a tubal ligation done at Eastwood’s request. In 1990, the couple settled out of court.

See also: Among the Clint Eastwood features currently in the Reeling Back archive are: The Eiger Sanction (1975); Unforgiven (1992); and A Perfect World (1993);