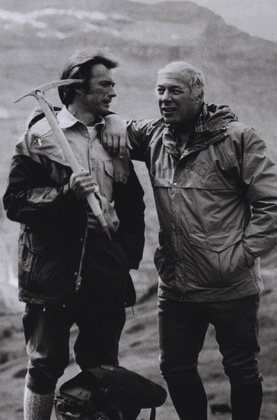 
Two days ago (May 29), according to an official statement, the United States rescinded "Cuba's designation as a state sponsor of terrorism." Although the announcement did not mention it, that probably means that the island nation's 88-year-old former president is no longer on the CIA's kill list. Remarkable as it now seems, there was a time when political assassins were considered villains. From bad actor John Wilkes Booth to lone gunmen Lee Harvey Oswald and novelist Fred Forsyth's Jackal, their pop culture depictions were universally negative. Readers, told that Ian Fleming's spy hero James Bond had a "licence to kill," were introduced to the idea that agents in the secret service of Her Majesty were authorized to use deadly force to carry out their missions. We were not encouraged to consider the deeper, rather more sinister assumption that such agencies had the legitimate right to issue such licences. Then, in 1975, the U.S. Senate's Church Committee reported on the CIA's dark history of "executive actions," including eight substantiated attempts on the life of Cuba's Fidel Castro. Today, of course, targeted assassinations are celebrated — in 2011, people cheered the news that decorated heroes of SEAL Team 6 had killed Osama bin Laden — and accepted as a national policy. Back in 1975, though, filmmakers still questioned the morality of such "wet work." Director Clint Eastwood, born on this day (May 31) in 1930, took on the issue in his fourth feature, The Eiger Sanction.

Monday, May 26, 1975
THE EIGER SANCTION. Written by Hal Dresner, Warren B. Murphy and Rod Whitaker; based on the 1972 novel by Trevanian (Rod Whitaker). Music by John Williams. Directed by Clint Eastwood. Mature entertainment with the B.C. Classifier's warning: some nudity, frequent swearing and coarse language. GIVE CLINT EASTWOOD THE benefit of the doubt. He couldn't have expected anyone to take The Eiger Sanction seriously.
Despite its fine action sequences, overall it's one of the silliest things he's done since he made his film debut 20 years ago [1955] in director Jack Arnold's Revenge of the Creature. (Unlike James Arness, who made his movie debut playing the title role in 1951's The Thing from Another World, Eastwood at least managed to get a human part.)
In his current film, he is Jonathan Hemlock, a mild-mannered professor of fine art at a sleepy Pacific Coast university. At one time, he was internationally renowned as a mountaineer.
Less well known was his clandestine career as a contract assassin.
The film opens with the murder of an American agent in Zurich. To avenge the death, C-II — pronounced "sea-two" to avoid confusion with any real-life agency of the U.S. government — calls Hemlock out of retirement.
His assignment is called "the Eiger sanction." Eiger, because it is to be performed during an attempt to climb Switzerland's treacherous Eiger Mountain; sanction, because that's the C-II chief's personal euphemism for murder.
As expected, hero Hemlock is not much impressed. "Call it what you want — wet work, termination, sanction — it all adds up to the same thing."
Later, he lets a a young agent who still has a few ideals about "our side" in on a little secret. "You know what purpose these sanctions serve? None at all."
Obviously, this is a movie for people who missed the none-too-subtle point of 1965's The Spy Who Came in from the Cold, those filmgoers who don't already know that espionage is a dirty, degrading business and who still believe in good guys.
Eastwood is out to destroy their illusions.
It's not that Hemlock objects to killing. A man with little humanity and no patriotism, he has merely come to the academic conclusion that a top gun inevitably becomes a target. He wants to quit while he's ahead.
Hemlock is the ultimate elitist, a clockwork Venus flytrap. Blackmailed into taking one more "last" assignment, he does it not to save his own life or that of a loved one, but for a guarantee of legal title to a collection of stolen art treasures.
The Eiger Sanction is Eastwood's fourth outing as a director. In it, he shows a sure hand at selecting and exploiting dramatic locales.
Hemlock takes his training for the Swiss ascent in Arizona's scenic Monument Valley, a sequence that includes his climbing to the top of the Totem Pole, a 600-foot [183-metre] chimney-shaped rock. Later, Eastwood's camera follows him up the north face of the Eiger. The footage, edited for maximum tension by Ferris Webster, is undeniably breath-taking.
By comparison, the script is a bad joke. Based on a 1972 novel by the pseudonymous Trevanian, it was cobbled together by a three-man committee: Hal Dresner, Warren Murphy and Rod Whitaker. Instead of characters, they've created a series of overdrawn caricatures.
Included in the Marvel Comics menagerie is a black sex kitten named Jemima Brown (Vonetta McGee), and a menacing villain named Miles Mellough (Jack Cassidy), a fastidious fellow who travels with a musclebound bodyguard and a spoiled Pomerainian that he calls "Faggot."
Their most outlandish creation is Dragon (Thayer David), the albino ex-Nazi who heads up C-II. Hemlock calls him "a bloodless freak who can't stand light or cold," but never gets around to explaining how such an incredible aberration came to occupy such an important government post.
Eastwood's film is not without entertaining moments. Indeed, just about any scene with co-star George Kennedy (as Hemlock's old friend and climbing trainer Ben Bowman) is a good one. The trouble is that the bits and pieces don't add up to much of anything.
The Eiger Sanction is an unsteady blend of spoof, satire, spy thriller and exposé. It would have been a better picture if its director had gone off in fewer directions.

Afterword: As a director, Clinton Eastwood Jr. has made a career out of challenging the comfortable assumptions of his fellow Americans. Although I might take issue with the finished product (as I did in the above review), I've always respected his ambition. Although his ultimate masterpiece may end up being 1992's Unforgiven, he continues to produce timely, provocative pictures, most recently the controversial 2015 Academy Award nominee American Sniper. His adaptation of Travanian's best-selling The Eiger Sanction came just two years after Fred Zinnemann's Day of the Jackal, based on the Frederick Forsyth thriller about an attempt on the life of French president Charles de Gaulle. At the time of the film's release, Trevanian was a literary mystery man, with some speculating that he was a pseudonym for Jason Bourne's creator, Robert Ludlum. In 1984, it was revealed that Trevanian was a University of Texas professor named Rod Whitaker, an American whose parents had moved to Montreal, where their boy grew up speaking French. In subsequent interviews, Whitaker made it clear that The Eiger Sanction was meant as a satire, and that he had been disappointed with Eastwood's screen adaptation. The screenplay was essentially the work of Warren Murphy, co-creator of the paperback Destroyer thrillers, who was less interested in sharp social commentary than Professor Whitaker.