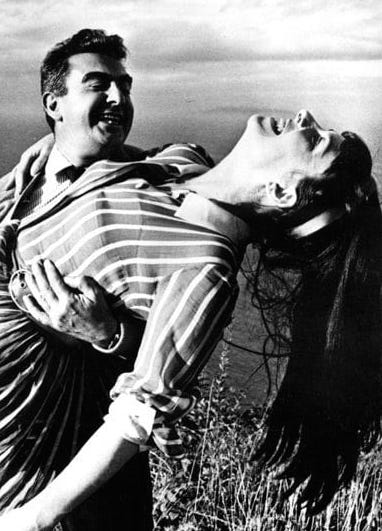 Faithful to the words


Historically great, if not artistically so


“Looking at Joyce recently,” media theorist and James Joyce scholar Marshall McLuhan wrote in a 1987 letter. “A bit startled to note that the last page of Finnegans Wake is a rendering of the last part of the Mass. Remembered that the opening of Ulysses is from the first words of the Mass. The whole thing is an intellectual Black Mass.” A Canadian of Scots-Irish descent and a lover of language, McLuhan often celebrated the bardic tradition and the “gift of gab” conferred on the sons of Erin by the famous Blarney Stone. I expect that he also celebrated Bloomsday, the annual commemoration of Joyce and his works that’s held today (June 16) around the world. Observed since at least 1924, it takes place on the date Joyce chose to set the events of his novel Ulysses: June 16, 1904. It takes its name from the book’s central character, Leopold Bloom, the Dubliner whose memorable Thursday features a series of mundane encounters that mirror those of the mythological Greek hero. Considered a modernist literary landmark, it was also at the centre of the most famous obscenity trial in U.S. history. Given his influence on the arts, it’s surprising how few filmmakers have attempted to bring Joyce’s work to the screen. Today’s three additions to the Reeling Back archive (with links to each following the Afterword to this posting) include independent producer-director Joseph Strick’s censor-baiting 1967 adaptation of Ulysses.

ULYSSES. Co-written by Fred Haines. Based on the 1922 novel by James Joyce. Music by Stanley Myers. Co-written, produced and directed by Joseph Strick. Running time: 132 minutes. A GENUINE FILM LANDMARK occurred in Toronto Thursday [February 1, 1968]: Ulysses, the Joseph Strick production of the James Joyce novel, opened for a month-long run.
Ulysses, one of literature’s hardiest anti-censorship campaigners, made its somewhat belated Canadian screen debut. Originally scheduled to open last summer, the film was refused approval by Ontario’s chief censor, O.J. Silverthorne.
The censor had called for numerous cuts, mostly from dialogue on the film’s gutsy sound track. The producers refused the official request, and the film was unable to enter the province.
It opened intact and on schedule in some 65 American cities.
The producers did not concern themselves unduly about the Canadian ban. Ulysses had faced more formidable closed doors in its embattled career.
First published in 1922, Joyce’s epic novel was banned from the United States for twelve years. Then, in an historic decision, the U.S. Supreme Court ruled that Ulysses was not obscene.
The Court’s 1933 decision affirmed a right that scholars had claimed for years — Ulysses, a major work by one of the English language's greatest craftsmen, was fully justified in using the full scope of one of the world's richest languages.
Fidelity to the original text was, of course, the most serious stumbling block in bringing Ulysses to the screen. An exact rendering in the film script was almost sure to ignite anew the three-decades-old controversy.
In his screenplay Joseph Strick is faithful to Joyce’s words, and the flames of controversy were rekindled last summer in Ontario.
Ulysses is the story of a single day in Dublin: June 16, 1904. It is seen through the eyes and minds of three characters, poet and teacher Stephen Dedalus, advertising salesman Leopold Bloom and his faithless wife Molly.
The novel introduced to serious literature the technique known as stream of  consciousness, the device by which an author follows his characters through their memories and imaginations as much as through their physical activities.
In addition to technical innovation, Joyce moulded Ulysses into a flowing analogy of Homer's mythological poem The Odyssey.
Bloom is the Ulysses of the Joycean epic, and his day is in parallel with the heroic wanderings of Ithica's warrior-king.
As a book, Ulysses is a 767-page tome.
As a motion picture, it is condensed into a scant 132 minutes.
The severely limited film version is both a disappointment and a delight. It is far more than “aural voyerism,” a contradictory phrase coined by the trade paper Variety in its film notice. It also is considerably less than the massive novel from which it’s adapted.
A excellent cast is headed by Irish stage star Milo O’Shea, playing the middle-aged Leopold Bloom. His brooding good-naturedness is set off against the agnostic fears of young Dedalus (Maurice Roëves).
Bloom’s life was profoundly changed by the death of his infant son some years earlier. The tragedy rendered him impotent, and he has seen his sensuous wife Molly (Barbara Jefford) drift from one unhappy affair to another.
He comes to fix his frustrated paternal feelings on the struggling poet Dedalus, following him protectively when the younger man lurches drunkenly off for Nighttown, Dublin’s red-light district.
A set of strong performances is enhanced by the actors with full expressive stage voices that bring Joyce’s ringing prose to vibrant life.
The film chooses not to emphasize the author’s mythic analogy, though, a decision that weakens the complete work. It scales the epic down from its heights of ultimate reality to the simpler proportions of a slice-of-life drama.
The cinematic techniques that Joyce pioneered in print have by now become standard screen practice. Strick’s direction opts for photographic clarity rather than virtuosity. Again, he has decided to emphasize the simple, settled qualities of the story, qualities that can be handily translated to film.
Joycean scholars will find no bold interpretations nor sweeping innovations in this production. Instead they will find a competent, solid bit of cinema that also happens to be a respectful presentation of Joyce.
Joseph Strick’s practical accomplishment has been to bring Ulysses to the screen honestly and entertainingly, offering a stark, tasteful production of the modern classic. Though missing greatness itself, it represents a great moment in film history.

Afterword: Re-reading my own words from 1968, I’m reminded of how conscious I was then of Canada’s position on the edge of tumultuous times. In the U.S. and Britain, artists were challenging censorship — wasn’t that what artists were supposed to do? — while in Toronto we seemed to be seated in what social historian Pierre Berton has called “the comfortable pew,” smug in our self-righteous deference to authority. O.J. Silverthorne, then in the 34th of his 40 years as Ontario’s chief censor, came across as a sanctimonious old fart, representing everything a progressive young critic should oppose. (For more on Silverthorne’s reign, see my review of director Larry Kent’s 1967 feature High.)
Today, I find myself noticing that the 20th century’s great literary controversies, and the landmark censorship cases they provoked, revolved around works written in the1920s by Irishman James Joyce (Ulysses; 1924) and Englishman David Herbert Lawrence (Lady Chatterley’s Lover; 1928). Both novels faced the charge of obscenity because of their use of explicit language — words that had previously been considered unfit for publication. In hindsight, though, I believe they may have been guilty of a more serious offence, an act of subversion that could not be named in court, but demanded official suppression. Consider the fact that both stories are centred on strong women who are not afraid to use those explicit words to express their frustrated need for sexual satisfaction. In the age of #MeToo, it seems obvious that such ideas posed a threat to established male privilege, which had been under attack since the rise of the women’s suffrage movement. After granting women the right to vote, certain lines had to be drawn to stave off total social chaos.
The wigged and robed justices, along with their bureaucratic allies on censorship’s front lines, were right to be worried. In 2003, Bloom, Irish director Sean Walsh’s new adaptation of Ulysses, was released without a word of public protest. In 2020, in the sixth month of the global coronavirus pandemic, social chaos is our new normal. And, yes, we’d be right to blame Joyce, Lawrence, and the army of social influencers who’ve followed them, including Simone de Beauvoir, Germaine Greer, Margaret Atwood, Naomi Klein, Laura Kipnis, Malala Yousafzai and Buffy the Vampire Slayer. Or perhaps “credit” would be the better world.