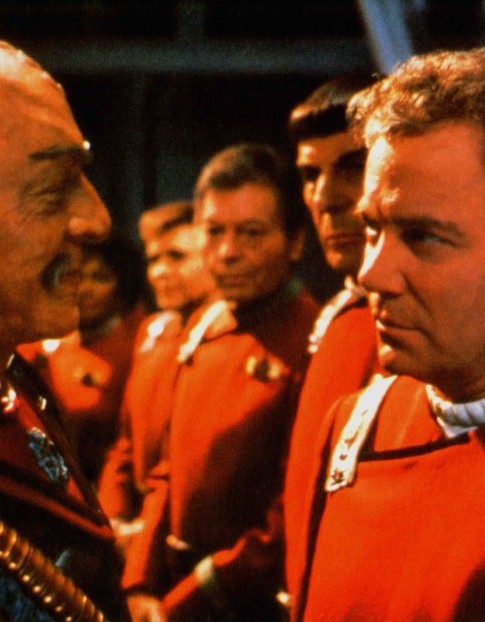 
A fine finale, though hardly the end


On this day (September 26) in 1580, the Golden Hind arrived in Plymouth’s harbour, becoming the first English galleon to circumnavigate the globe. The voyage took 33 months. On this day in 1934, the RMS Queen Mary was launched into Scotland’s River Clyde. The four-day, 27-minute maiden voyage of the Cunard-White Star luxury liner set a record for the fastest transatlantic crossing. Two days ago (September 24, 2017), Star Trek: Discovery premiered in the U.S. and Canada. Although two episodes were broadcast, the titular USS Discovery (NCC-1031) has yet to make its appearance on the show. On the Internet, reaction to the sixth television series to be set in the Trek universe (and the first to be shot in Canada) has been swift, plentiful and impassioned. Set 10 years before the events of the original 1966 series — the date 2286 is mentioned in dialogue — the show is an attempt to combine the humanistic social sensibility of series creator Gene Roddenberry’s “classic” Trek with the most sumptuous special effects currently available. Though the focus is on a female Starfleet officer, the show’s senior staff is mostly male. Credited as a writer and consulting producer is Nicholas Meyer. His name will be familiar to Trek feature film fans as the writer-director who killed Spock (in 1982’s Star Trek II: The Wrath of Khan), then crafted a farewell to the show’s original cast with 1991’s Star Trek VI: The Undiscovered Country.

STAR TREK VI: THE UNDISCOVERED COUNTRY. Co-written by Denny Martin Flinn. Based on characters created by Gene Roddenberry. Music by Cliff Eidelman. Co-written and directed by Nicholas Meyer. Running time: 113 minutes. Rated Mature with no B.C. Classifier’s warnings. IT OPENS WITH A BANG.
A shattering explosion on Praxis, a moon vital to the Klingons, sends shock waves through the galaxy. At Starfleet HQ, special envoy Spock (Leonard Nimoy) reports that the Federation's old enemy is facing ecological catastrophe.
With the evil empire collapsing upon itself, Starfleet's deterrence role is about to become obsolete.
It's being billed as their final adventure together on the final frontier. Star Trek VI: The Undiscovered Country reunites the crew of the Starship Enterprise for a farewell mission.
But, after 25 years, what most becomes a legend at the end?
In previous films, the indomitable Kirk (William Shatner), Spock, McCoy (DeForest Kelley), Scott (James Doohan), Sulu (George Takei), Chekov (Walter Koenig) and Uhura (Nichelle Nichols) have: saved the Earth (Star Trek: The Motion Picture); given birth to a new planet (ST II); raised one of their own from the dead (ST III); saved the whales (ST IV); and talked to God (ST V).
What's left? Under Nicholas Meyer's direction, screen science fiction's elder statespersons explore the possibility of universal peace.
Charged with carrying the Federation's olive branch is the Klingons' least-favourite human, James Tiberius Kirk.
"Why me?" storms the old space warrior.
"There is an old Vulcan proverb: only Nixon could go to China," says Spock.
A winning Christmas gift, ST VI combines irresistible cast comity, comedy and current events in one classy retirement party.
Our host is the crafty Meyer, the director who had the cheek to kill off Spock in ST II (it didn't take) and who, as screenwriter, contributed to ST IV, the comic highlight in the series until now.
Here, he hangs the thrills and considerable laughter on a storyline that involves a plot against the peace process. When Gorkon (David Warner), Klingon's peace negotiator, is assassinated, Kirk and McCoy are put on trial for the crime.
Aiding Spock in his investigation is a fascinating new Vulcan officer. As Lt. Valeris, actress Kim Cattrall injects smouldering new meaning into the pursuit of logic.
One suspect is Klingon’s General Chang, played by Shatner's 1956 Stratford Festival colleague Christopher Plummer. He combines hatred of Kirk with an overblown love of Shakespeare (which he's read "in the original Klingon”).
A villain who's never without an appropriate quote, Chang is the most entertainingly hammy example of Bardolatry since Vincent Price in 1973’s Theatre of Blood. And he's but one of the delights in this truly grand finale.

Afterword: Did we say finale? Just as Spock’s death (in 1979’s The Wrath of Khan) didn’t take, nor did The Undiscovered Country’s wrap party for the Star Trek feature film franchise. William Shatner, James Doohan and Walter Koenig were back for 1994’s Star Trek: Generations, the film that handed off the Enterprise’s big screen mission to the cast of television’s Star Trek: The Next Generation. Captain Jean-Luc Picard (Patrick Stewart) and his crew appeared in three more features (First Contact, 1996; Insurrection, 1998; and Nemesis, 2002) before Paramount executives rang down the curtain.
Though there were three more TV series — Deep Space Nine (1993-1999);  Voyager (1995-2001); and Enterprise (2001-2005) — none managed the momentum to make the leap to the big screen. And so we finally bid goodbye to . . . oh, wait. In 2009, J.J. Abrams produced and directed a “reboot” feature simply called Star Trek. It was a new beginning, with new actors reintroducing all of the classic Starfleet characters. So far, they’ve reunited for Star Trek Into Darkness (2013) and the filmed-in-Vancouver Star Trek: Beyond (2016). A fourth (or is it 14th?) film has been announced, although no release date is mentioned.
While we wait for that, I think it’s worth mentioning  that The Undiscovered Country is the most Canadian of the franchise features. Mentioned in the above review are the fact that Montreal-born William Shatner and Torontonian Christopher Plummer were once colleagues at Ontario’s Stratford Shakespeare Festival. Kim Cattrall grew up on Vancouver Island, and James Doohan is from Vancouver.