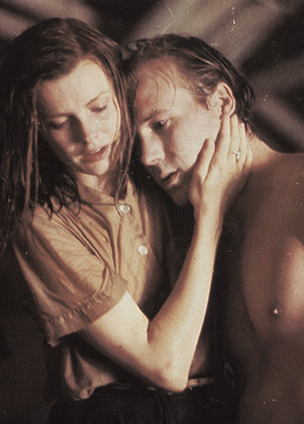 
For one Vancouver TV station it was Breaking News!. In a moment of inattention recalling a 1980s teen movie, three suburban school districts scheduled a teachers' professional development day for today (April 20). According to the breathless TV news anchor, that meant that area teens would have no classes to keep them away from Vancouver’s 4/20 Festival, the annual celebration of cannabis culture that attracted some 35,000 pot advocates to Sunset Beach in 2017. Light on context, the news item did not mention that 4/20 has been observed in Vancouver since 1995, the year that an estimated 200 people gathered in downtown’s Victory Square to party and protest the failed war on drugs. Nor did it tell us that 4/20 events are held in cities across Canada and the United States. The item’s faux outrage seemed a little hollow, given that the same coincidence of a pro-d day and 4/20 occurred in 2012 without any dire consequences. Did I mention that Canada is legalizing cannabis in July? Today, Reeling Back adds four recreational drug-fuelled titles to its archive (with links to each following the Afterword to this posting). Director Ken Russell stylishly heckled author Paddy Chayefsky’s tale of an acid-dropping academic in his 1980 sci-fi fantasy Altered States.

ALTERED STATES. Written by Paddy Chayefsky, based on his 1978 novel. Music by John Corigliano. Directed by Ken Russell. Running time: 102 minutes. Restricted entertainment with the B.C. Classifier’s warning: frightening scenes throughout. NOT ALL MARRIAGES ARE made in heaven. Take, for example, the Jessups, Edward (William Hurt) and Emily (Blair Brown), the bright young couple who meet at the beginning of Altered States.
She is a physical anthropologist, a newly-minted Ph.D. on her way to a teaching appointment at Harvard. Outgoing and attractive, she is addicted to sex with brilliant men.
He is a physiologist, intense, distant and about to become a professor at the Harvard Medical School. A God-obsessed scientist, he is more comfortable with concepts than people, and is determined to develop a quantitative methodology for the study of interior experiences.
His work, involving long hours in a sensory deprivation tank together with the ingestion of various herbal hallucinogens, will drive him to the brink of The Ultimate Truth.
His quest will worry his colleagues and upset his loving wife, especially when Jessup claims that he actually travels physically through time and space during his prolonged experiments.
Not all creative collaborations are successful. Take, for example, the writer and director responsible for Altered States: Paddy Chayefsky and Ken Russell.
Chayefsky, a living legend from the Golden Age of American television drama whose film credits include the Oscar-winning Marty (1955), The Americanization of Emily (1964) and Network (1976), insists that the writer is the most important member of the filmmaking team. A few years ago, Michael Ritchie was removed as the director of The Hospital (a 1971 feature ultimately credited to Arthur Hiller) because he wanted to make changes in a Chayefsky screenplay.
"You’re not allowed to touch a word,” Ritchie told me in an interview. "Chayefsky doesn’t write scripts, he writes scripture”
Ken Russell, another kind of legend, replaced Arthur (Bonnie and Clyde) Penn on the Altered States project. The director of such individualistic pictures as The Billion Dollar Brain (1967), Savage Messiah and Valentino (1977), Russell has a reputation for being anything but tame.
Nor was he. This time, when the inevitable crunch came, it was Chayefsky who departed, leaving the iron-willed Englishman to adapt the writer’s science-fictional thriller in his own way.
Filmgoers should be thankful. Chayefsky, a man with a talent for intimate human drama, is less effective when dealing with epic "interior experiences.” Like the acid-dropping academics of the 1960s, his story is less profound revelation than shallow self-absorption.
Russell, by contrast, is a showman. An expert at interior landscaping, he's been taking audiences on mind-bending inner trips for years. As far as the director is concerned, effective moviemaking is a matter of memorable image-making.
Eddie Jessup believes that he is tapping into alternate realities, states of being that actually exist and can be opened up by altering the chemical balance in the brain. His visions, drawing upon biblical, mythological, literary and cinematic sources, are what Russell’s movie is all about.
Russell is capable of profundity. His Women in Love (1969) captured the complex interplay of sexual and technological tensions implicit in the D.H. Lawrence novel. In The Devils (1971), he strikingly dealt with the sexual component of religious ecstasy.
Russell has a talent for giving every project its due. In Chayefsky’s novel, he recognized that he was dealing with Marvel Comics mysticism. Eliminate the author’s over-researched academic ravings, and Altered States could have been written by Stan Lee.
For reasons that are never made clear, Jessup craves union with Ultimate Truth. He seeks to find it by regressing to the moment of creation, at first defined as the moment of his own birth, then redefined as the birth of the human race.
What Chayefsky has done is rewrite Dr. Jekyll and Mr. Hyde by way of pulp writer Edmond Hamilton's magazine short story The Man Who Evolved (Wonder Stories, 1931).
What Russell has done is turn it into a motion picture full of the old flash-bang-wallop that sacrifices sense for sensation. A master of creating cinematic light shows, he offers us a film drawing on the same calculated instinct that made such movies as his 1974 Mahler,  Lisztomania and Tommy (both 1975) stunning, visually exciting musical extravaganzas.
In Altered States, Dr. Jekyll meets the Incredible Hulk in stereophonic sound. A drugless trip with no intellectual side effects, Russell’s new film contains generous amounts of sex, nudity and coarse language.

Afterword: Paddy Chayefsky was all about the words. Ken Russell, for his part, was a master of images. All these years later, my single most powerful recollection of their Altered States is the scene in which the 33-year-old Blair Brown bared the most beautiful backside I’d ever seen on a theatre screen. Film, of course, is a collaborative art, and in that memorable moment more than Miss Brown was on view. The talents of a cinematographer (Jordan Cronenweth, who went on to shoot Ridley Scott’s 1982 feature Blade Runner), the picture’s lighting technicians and make-up artists were all involved. It came together under Russell’s direction, and the result was a vivid movie memory.
Though American born, Blair Brown trained as an actress at Montreal’s National Film School, and toured as a member of Ontario’s Stratford Festival Company. After making her screen debut in the CBC-TV series Police Surgeon (1971), she appeared in the 1972 Québécois feature film La maison des amants (House of Lovers). Her first U.S. feature was the filmed-in-Toronto college drama The Paper Chase (1973). Thereafter, she has enjoyed a career on both sides of the border. Altered States often came to mind during the five-season run of Fringe (2008-2013), the shot-in-Vancouver Fox Network sci-fi series. A family favourite, it included Brown in its principal cast and regularly featured a sensory deprivation tank among its plot tools.