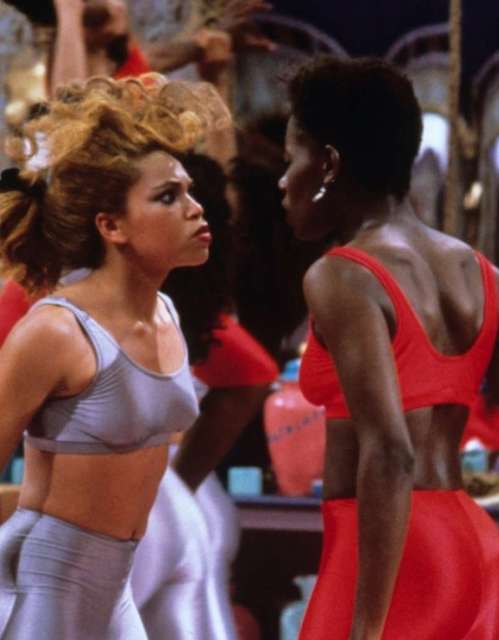 About class and colour


Putting on a show with anger evident


Art can make a difference. American attitudes toward slavery, shaped by the publication on this day (March 20) of Harriet Beecher Stowe’s 1852 novel Uncle Tom’s Cabin, led to the founding on this day in 1854) of a Republican party that opposed the "peculiar institution's" spread into the western territories. When the first Republican president, Abraham Lincoln, met Stowe in 1862, he is said to have called her “the little lady who made this big (U.S. civil) war.” Artists can make a difference. Keenly aware of his nation’s racist history, independent movie-maker Spike Lee named his production company Forty Acres and a Mule Filmworks, an ironic echo of a Reconstruction era land-redistribution policy that ended in the aftermath of the Lincoln assassination. Its corporate logo includes black activist Malcolm X’s phrase “By Any Means Necessary,” to underscore Lee’s dedication to the ongoing struggle for equality. Born on this day in 1957, he uses the film medium to tell the truth as he sees it. Nor does he mince words in his criticism of today’s white-supremacist Republican party. Musing on the January 6, 2021 attack on the U.S. Capitol, Lee says Donald Trump “will go down in history with the likes of Hitler.” Today, we’ll add four uncompromisingly direct Spike Lee titles to the Reeling Back archive (with links to each following the Afterword to this posting). Our package includes his 1988 musical take on the all-black college experience, School Daze.

SCHOOL DAZE. Music by Bill Lee. Written, produced and directed by Spike Lee. Running time: 121 minutes. Rated 14 years Limited Admission with the B.C. Classifier’s warning: some very coarse and suggestive language, occasional suggestive scenes. VAUGHN "DAP" DUNLAP (LARRY Fishburne) is an angry young man. A senior at the all-black Mission College — “Founded 1883 - Uplift the Race" — he’s outraged that the institution has investment monies in South Africa.
To the consternation of the Mission administration, and campus fraternity leader Julian “Big Brother Almighty” Eaves (Giancarlo Esposito), Dunlap campaigns for divestiture. His cousin Half-Pint (Spike Lee), meanwhile, wants nothing more than to be accepted into Eaves’s Gamma Phi Gamma.
Spike Lee is an angry young filmmaker. The writer-director of 1986’s She’s Gotta Have It, he’s leading a one-man revival of the all-black movie.
An independent with an attitude, Lee takes on tough topics. His low-budget debut feature was an unblinking frontal assault on black sexuality myths.
With School Daze, he attempts a musical-comedy look at black higher education. On the Mission College campus, Lee says it's "the ‘Wannabees’ (as in Wanna Be Whites) against the ‘Jigs’ (or Jigaboos).”
Its comic intent notwithstanding, “it’s (a film) about class and colour,” he says. Despite its comic pacing and Grease-like musical numbers, the director’s anger is evident in the abuse he heaps upon the Wannabee pretentions and Jig acceptance of their intra-racial caste system.
Two years ago [1986], in She's Gotta Have It, Lee taught us some contemporary black slang, including “to dog' (meaning “to denigrate" or "speak ill of"). In his new picture, Gamma pledges are collared, and must bark on command. Their motto: Dog or Die.
Though he's been called a “black Woody Allen,” Lee bridles at the description. And, to be fair, he is nothing of the sort.
Very much his own phenomenon, the Atlanta-born artist is raw, vital and passionately prickly. With his epic, overripe School Daze, he qualifies for a new (and better) alias: the black Ken Russell.

Afterword: Was Spike Lee an angry young man? According to his entry in the online Encyclopedia of World Biography, Shelton Jackson Lee was a tough little kid. His mother called him “Spike” from the time he was a tot, encouraging his independence and making him aware of his African-American identity. A New York private school teacher, Jacquelyn Carroll Lee promoted her son’s enthusiasm for Black cultural studies, art and literature with frequent trips to galleries, museums and the theatre. In 1977, while Lee was studying mass communication at the all-black Morehouse College in Atlanta, she unexpectedly died.
He credits her for introducing him to the movies. After her death, Spike Lee decided to make cinema his life’s work. From the beginning, his emphasis was on the black experience. His seventh feature, the semi-autobiographical Crooklyn (1994), told the story of his mother’s illness. “Alfre Woodard brought her back to life in my film . . .” Lee wrote in a 2018 Facebook posting. “It was co-written by my siblings Joie (sister) and Cinque Lee (brother) and I.” Lee’s deeply loving feelings for his late mother are in stark contrast with his anger at his widowed father.
While Lee probably inherited his visual story-telling eye from his mom, he owes his keen ear for music to his dad, jazz musician William James Edward “Bill” Lee. Credited with the scores for his first four features — 1986’s She’s Gotta Have It, School Daze (1988), Do the Right Thing (1989) and Mo’ Better Blues (1990) — Bill Lee grievously disappointed his son when he moved in with a white woman (Susan Kaplan) shortly after Jacquelyn’s death. “My mother wasn't even cold in her grave,” Lee has been quoted as saying following their subsequent marriage. The estrangement became permanent after Bill’s 1991 arrest on drug charges. If Spike expressed his love for his mother in Crooklyn, he channelled his anger at dad into his 1991 drama Jungle Fever, the story of a black man who has an interracial extramarital affair. And, no, I’m not making this up. Bill Lee went on the record about Jungle Fever in 1994.