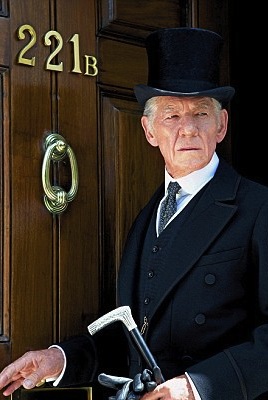 
Fine-tuned rage against dying of the light


He died, but somehow it didn't take. Together with his mortal enemy James Moriarty, Sherlock Holmes met his end in an 1891 plunge into the gorge of Switzerland's Reichenbach Falls. After two novels and 24 short stories, author Arthur Conan Doyle killed off his most famous creation in The Final Problem (published 1893), so that he could get on with more "serious" writing. Holmes's legion of fans were mad as hell and demanded more. In 1899, Doyle relented. Giving in to his own theatrical ambitions, he cooperated with the actor-playwright William Gillette in the creation of Sherlock Holmes, a four-act drama that premiered in New York. In 1901, he gave in completely and published The Hound of the Baskervilles, a novel that was followed by another 32 short stories. Acknowledged as the first example of modern media fandom, Holmes enthusiasts came together in organizations such as the Baker Street Irregulars, supported the novels, attended the movies and watched the television shows. Over the years, they've written their own "fanfic," with the best of them — Nicholas (The Seven-Per-Cent Solution) Meyer and Laurie (The Beekeeper's Apprentice) King come to mind — publishing best-selling "new" adventures. And the films just keep coming. Robert Downey Jr. had the title role in the 2009 steampunk movie Sherlock Holmes, while Ian McKellen stars in the more sober Mr. Holmes, opening today (July 17).

Friday, July 17, 2015
MR. HOLMES. Written by Jeffrey Hatcher. Based on the 2005 novel A Slight Trick of the Mind by Mitch Cullin. Inspired by characters created by Arthur Conan Doyle. Directed by Bill Condon. Running time: 104 minutes. Rated General entertainment with no B.C. Classifier's warnings. HE'S RETIRED. SOMEHOW, IT HASN'T taken. At the age of 93, Sherlock Holmes (Ian McKellen) has spent the last 35 years tending his bees in Sussex and nursing a guilt that just won't go away.
He has outlived his dear friend and colleague John Watson, his elder brother Mycroft and his 221b Baker Street landlady Mrs. Hudson. It is 1947, and the nonagenarian fears that he has also outlived his time.
Mr. Holmes, opening today in Canada and the U.S., is a dark, unsparing look at one of popular fiction's most oft-portrayed figures. Unlike the recent television shows that re-imagine Arthur Conan Doyle's consulting detective as a 21st century man, director Bill Condon's new feature considers what might have become of the original Sherlock.
Not an issue in Doyle's canonical tales, Holmes's retirement is treated as a natural progression. In the 1926 story The Lion's Mane, it's described as a journey from "the gloom of London" to "that soothing life of nature," where he follows his true passion, the study of bees.
Not satisfied with such a sepia-toned ending, author Mitch Cullin pursued another possible outcome in his 2005 novel, A Slight Trick of the Mind, offering the story of a once-brilliant senior's rage against the dying of the light. Adapted for the screen by Jeffrey Hatcher, Condon's feature shows us a Holmes keenly aware of his own imperfections and struggling with an unresolved "why."
The film opens with him aboard a train, an old man looking out of sorts. He is returning from a trip to post-war Japan, travelling to his farm on the South Downs.
Home is a rural cottage maintained by his war-widow housekeeper, Mrs. Munro (Laura Linney). Once back, he discovers that her 14-year-old son Roger (Milo Parker) has been in his attic study.
Confronted, the boy admits that he has been reading Holmes's handwritten attempt to set down an account of his last case. "Why did you stop where you did?" Roger asks, succinctly setting forth the question at the heart of director Condon's picture.
No action epic, this elegiac drama is more in keeping with Condon's previous collaboration with actor McKellen, 1998's Gods and Monsters. This time out, they've produced a compelling contemplation of identity, responsibility and life everlasting.
Roger's simple question is followed by a sudden, brief flashback to a troubled-looking young woman in a grey dress. In Mr. Holmes, her mystery is the key to his. The real question is "why did he stop when he did?"
Part of the answer is related to the issue of identity. This is a Holmes torn between the man that he is and the one that he is supposed to be, a problem exacerbated by ever more frequent memory lapses. He's just returned from an emotionally draining trip to Japan in search of prickly ash, a plant reputed to be a cure for forgetfulness.
The woman in his incomplete manuscript is Ann Kelmot (Hattie Morahan). In a series of  flashbacks, we learn that she was the subject of his last investigation and of Dr. Watson's last published novel, The Case of the Dove-Grey Glove.
Early in the movie, Holmes stares at a worn photo of her, telling it "I must finish with you before I die." As the story unfolds, he considers a life spent not being the Holmes of Watson's novels, and the responsibility he felt for the consequences of "solving" Ann's case.
Based on the internal math of the screenplay, Holmes would have retired in 1912 at the age of 58. McKellen, who turned 76 in May, gives a remarkable performance as both the older and younger man, showing us the inner turmoil of a repressed Victorian finally coming to an appreciation of how little he has understood women despite all his intellectual gifts.
It is the older Holmes who visits a cinema in one of the film's finely layered scenes. The attraction is a black-and-white melodrama called The Lady in Grey, based on Watson's Dove-Grey Glove novel. On one level, it is a perfect commentary on the identity question with which our Holmes is struggling.
On another level, it is a meta moment for those who recognize Nicholas Rowe, the actor playing Holmes in the film-within-the-film. Rowe's first starring role was as the teenaged title character in Young Sherlock Holmes (1985).
In the cinema, Holmes confronts one aspect of his legacy, the life everlasting conferred by fame. Back in Surrey, he considers the more down-to-earth reality of young Roger, the boy who wants to believe in the legend, rather than the curmudgeon for whom his mother keeps house.
"If you die, what will happen to the bees?" Roger asks.
"I haven't a clue," Holmes admits. "I can't solve everything."
Their exchange contains the simple truth that Mr. Holmes confronts. Its hero retired so he would do no more harm. An unsatisfactory solution, it has left him to live out his life without a sense of completion.
What makes Condon's film special is that this apparent ending is just the beginning. Its characters seem to specialize in hard stares, but when the game's afoot, the senior Sherlock comes out of retirement to follow the spirit that makes for true immortality.

The above is an original Reeling Back review by Michael Walsh first published today (July 17, 2015). For additional information on this website please visit my FAQ.

Afterword: Mr. Holmes fits rather neatly into that new cinematic sub-genre, the geezer flick. The preview screening I attended featured trailers for the buddy comedy A Walk in the Woods (a September release starring Robert Redford, 78, and Nick Nolte, 74), and for the 2016 Nazi-hunter drama Remember (with Christopher Plummer, 85, and Martin Landau, 87). It's hard to know whether these pictures are the product of a generation attempting to assuage its guilt at the sorry state of the world that we'll soon be leaving, or some sort of assurance that there is still time to improve our final accounting. I like to think that they're intended to stoke retirement resistance among aging baby boomers.
And just how likely is it that a Sherlock Holmes, born January 6, 1854, would still be around in 1947? Actually, it's quite possible, given that his real-life contemporaries, Bertrand Russell, George Bernard Shaw, P.G. Wodehouse and Albert Schweitzer made it to 97, 94, 93 and 90, respectively. For recent retirees seeking reassurance that there's still time to make a difference, I recommend a visit to the Noted Nonagenarians & Centenarians website. You may be surprised who's still among us.

More Holmes on screen:  In addition to 1985's Young Sherlock Holmes mentioned above, the Reeling Back archive contains postings on comedian Gene Wilder's 1975 The  Adventure of Sherlock Holmes' Smarter Brother; director Bob Clark's 1979 Murder by Decree, with Christopher Plummer in the Holmes role; and the 1986 Disney cartoon feature, The Great Mouse Detective.