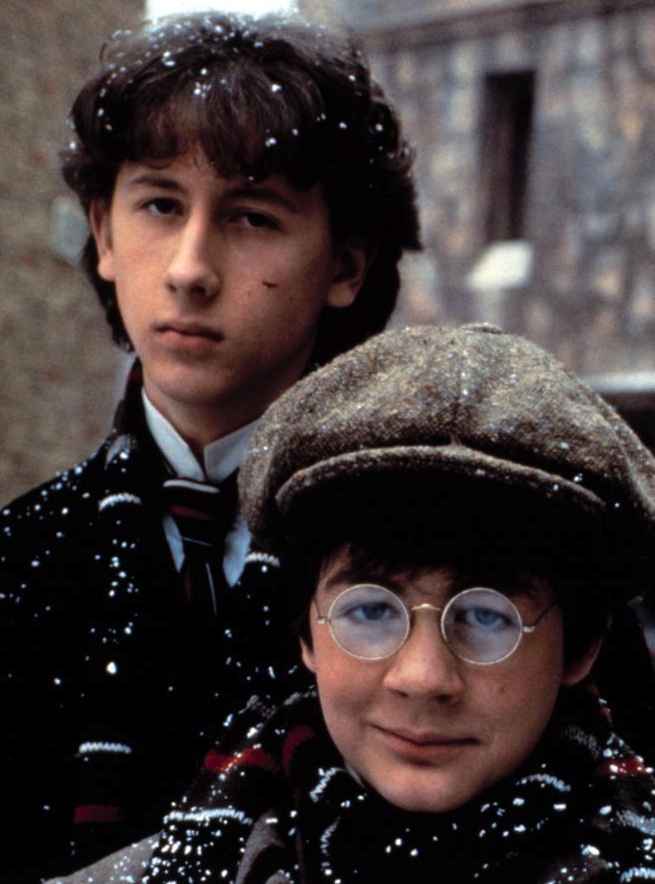 
"Any truth," Sherlock Holmes tells us in The Adventure of the Yellow Face (1893), "is better than indefinite doubt." Holmes, who seems to have been the model for Star Trek creator Gene Roddenberry's ultra-logical Mr. Spock, is not known to have been religious. In an historic truth stranger than his popular fiction, Holmes's creator was a lapsed Catholic who advocated a 19th-century belief system known as Spiritualism. Following the First World War, Arthur Conan Doyle held seances in which he "spoke" with spirits of the dead. He promoted his ideas in two non-fiction works, 1918's The New Revelation and The Vital Message (1919). Doyle, who died on this day (July 7) in 1930, lived long enough to see his consulting detective achieve a kind of immortality. First portrayed on screen in 1903, Sherlock Holmes appeared in about 70 films before the coming of sound. In 2012, Guinness World Records proclaimed him "the most portrayed literary human character in film and TV" with 254 screen depictions. The Guinness total includes the recent feature films starring Robert Downey Jr. and the British TV Sherlock with Benedict Cumberbatch, but came before the premiere of the U.S. series Elementary, with Johnny Lee Miller. Next week, Ian McKellen will take his turn as Mr. Holmes, in a theatrical feature that introduces the character as a nonagenarian. Included in the new film's cast is Nicholas Rowe, best remembered as the title character in director Barry Levinson's 1985 teen mystery Young Sherlock Holmes.

Tuesday, December 10, 1985.
YOUNG SHERLOCK HOLMES. Written by Chris Columbus. Music by Bruce Broughton. Directed by Barry Levinson. Running time: 108 minutes. Mature  entertainment with the B.C. Classifier's warning: Some violence; not suitable for young children. IT COULD HAVE BEEN cooked up in Baltimore by those guys we saw in director Barry Levinson's first film, Diner [1982]. "Yo, Boogie! Didja hear, they're making a pitchur 'bout Young Sherlock Holmes?"
"Oh, yeah? And what're they gonna call it? I Was a Teenage Consulting Detective?
Actually, this is another example of high-concept thinking from the gang that hangs out around Steven Spielberg and his Amblin Entertainment club house. They could have called it Inverness Holmes and the Temple of Doom.
Baker Street Irregulars beware! Though Levinson's film claims to be "an affectionate speculation about what might have happened had the sleuth and his partner met during their college years," it was written by Chris Columbus, whose previously produced screenplays were 1984's Gremlins and Goonies (1985).
The film opens on a dark and snowy night in Victorian London. As accountant Bentley Bobster (Patrick Newell) pauses before The Gamecock restaurant, a hooded figure discharges a blowgun dart in his direction.
Within minutes, the old gentleman begins to hallucinate. He recoils in horror as his dinner attacks him. Later, his lodgings come to life, driving him to a suicidal leap from his window.
"It was a cold, snowy day in early December," recalls the film's narrator, Dr. John Watson (the voice of Michael Hordern). A pudgy, bespectacled lad, the young Watson (Alex Cox) has been transferred to a new public school, where his dormitory mate is none other than the 18-year-old Sherlock Holmes (Nicholas Rowe).
As their story unfolds, it becomes painfully obvious that neither Columbus nor director Levinson has any feeling for the time, place or characters that they've appropriated. Holmes, whose lasting fame rests on his deductive powers, has been dropped unceremoniously into the middle of an action-at-any-cost pulp thriller where logic is the first casualty.
The plot hangs on a series of revenge murders organized by the leader of a particularly harebrained Middle Eastern cult. Much given to human sacrifice, these shaven-headed fanatics operate out of a Cecil B. DeMille-style temple that you know has been built just so that it can come crashing down in the final reel.
Columbus is mildly inventive when producing cute scenes "explaining" such familiar items of Holmesiania as the violin, deerstalker hat, Inverness cape and calabash pipe. Unfortunately, he shows concern only for the origins of the character's paraphernalia, not his distinctive personality.
The real work, of course, is left to the special-effects technicians back at Lucasfilms' Industrial Light and Magic subsidiary. They offer up several more hallucination sequences and a bit of E.T.-like flying before getting down to the nitty-gritty of a slash-and-burn climax.
Not  since  comedian Gene Wilder wrote, directed and starred in The  Adventure of Sherlock Holmes' Smarter Brother (1975) has a film bearing the name of the great detective been further from the mark. Kids' stuff, Young Sherlock Holmes really is elementary, both as storytelling and as entertainment.

Afterword: Between 1970 and 1990, just about everybody had a go at Arthur Conan Doyle's creation. Toward the end of his career, the great director Billy Wilder cast Robert Stephens in the title role in The Private Life of Sherlock Holmes (1970), an ambitious meditation on the fine line between reality and legend. In They Might Be Giants, director Anthony Harvey's 1971 adaptation of James Goldman's 1961 stage play, George C. Scott plays a delusional New York millionaire who believes that he is Holmes. As noted above, comedian Gene Wilder made his directorial debut with 1975's The  Adventure of Sherlock Holmes' Smarter Brother , a comic misfire about sibling rivalry. In 1976, Nicholas Meyer adapted his bestselling novel The Seven-Per-Cent Solution for director Herbert Ross, who cast Nicol Williamson in the Holmes role. Monty Python alumnus John Cleese wrote and starred in 1977's The Strange Case of the End of Civilization as We Know It, an odd and truly obscure satirical comedy directed by Joseph McGrath. Better remembered is director Bob Clark's 1979 Murder by Decree, an all-star Canadian production with Christopher Plummer in the Holmes role. In 1986, Disney offered an animated cartoon feature, The Great Mouse Detective, followed in 1988 by director Thom Eberhardt's live-action cartoon Without a Clue, in which Michael Caine plays an actor hired by a devious Watson to play Holmes. The cycle ended with Charlton Heston in the deerstalker in 1991's Crucifer of Blood, an adaptation of a 1978 stage play, filmed under the direction of Heston's son Fraser.