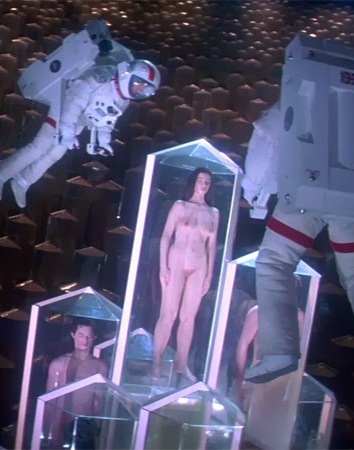 
On March 2, 2004, the European Space Agency's Rosetta space probe lifted off from Guiana's Centre spacial guyanais. Launched on the same day that Massachusetts senator John Kerry won the Super Tuesday primary (assuring his nomination as the 2004 Democratic presidential nominee), Rosetta's 10-year mission to Comet 67P/Churyumov-Gerasimenko celebrated a scientific first on Wednesday (November 12), with the landing of a robotic vehicle called Philae on the comet's surface. Like Kerry's presidential run, Philae's landing fell short of success. The two harpoons designed to secure it to the comet's surface failed, causing the robot to bounce off its target twice. Then it settled in the shadow of a massive cliff, a shadow that is cutting off the light to its solar panels. Although the probe managed to send back some spectacular pictures before losing power, there is no guarantee that it will ever be heard from again. Unless that shadow was something more than a shadow; something sinister; something alien . . . I'm sure that Philae's fate will be of special interest to actor Steve Railsback, who celebrates his 69th birthday today (November 16). As Col. Thomas Wolfe Carlsen, commander of the first manned mission to a comet, he found something shocking in director Tobe Hooper's 1985 science-fiction thriller Lifeforce.

Monday, June 10, 1985.
LIFEFORCE. Written by Dan O'Bannon and Don Jakoby. Based on the novel The Space Vampires (1976) by Colin Wilson. Music by Henry Mancini. Directed by Tobe Hooper. Running time: 101 minutes. 14 Year Limited Admittance with the B.C. Classifier's warning: some gory scenes and nudity. In 70mm and THX stereophonic sound. DEEP SPACE IS THE last place Tom Carlsen (Steve Railsback) expected to meet a naked lady. The commander of the space shuttle Churchill, Col. Carlsen is the leader of a joint U.S./U.K. mission sent to take mankind's first close look at Halley's Comet.
The expedition is surprised to discover an alien spacecraft hidden within
the comet's fiery corona. On board is an even bigger surprise — three humanoids in suspended animation, one of them a beautiful young woman (Mathilda May).
After loading the aliens' transparent sarcophagi aboard the Churchill, the astronauts head back to Earth. Although the experience seems to have left most of his craw in a state of lethargy, Carlsen finds the sight of the sleeping woman invigorating, a genuine stimulant to his Lifeforce.
For filmmaker Tobe Hooper, the success of his previous picture, 1982's Poltergeist, was a mixed blessing. Although Hooper was the director of record, Steven Spielberg was his producer.
Word got around that Spielberg had really wanted to direct, and that he actually did a lot more than just oversee the bookkeeping. People noticed that Poltergeist looked a lot more like a Spielberg (E. T. the Extra-Terrestrial