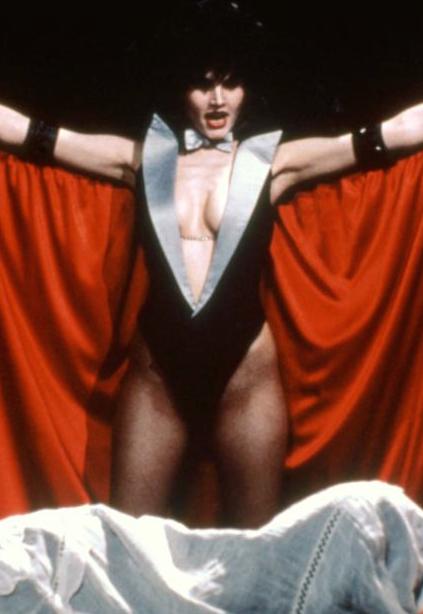 TRANSYLVANIA 6-5000. Music by Lee Holdrige. Written and directed by Rudy De Luca. Running time: 92 minutes. Mature entertainment with the B.C. Classifier's warning “occasional coarse language and suggestive language". THINK KINDLY, IF YOU will,  of Jeff Goldblum. After making making a solid impression in such ensemble pieces as 1984’s The Adventures of Buckaroo Banzai and The Big Chill (1983), the lanky 33-year-old had every right to believe that this would be his year.
He has been on view in three 1985 releases so far. Sad to say, his good acting has not been getting a lot of attention.
He co-starred with Michelle Pfeiffer in the action comedy Into the Night, seen here in March. Though Goldblum was perfect as its sleep-starved hero, the picture's outré humour failed to click with the mass audience.
He played a supporting role in Silverado. Unfortunately, when the western epic opened here in July, Goldblum's performance (as the gambler Slick) had been reduced to a walk-on.
Now comes Transylvania 6-5000, in which he shares top billing with Joseph Bologna and Ed Begley, Jr. This time, Goldbium is one of a number of able actors trapped in a disappointingly bad movie.
Writer-director Rudy De Luca starts out with a premise that has a lot of promise. The Sensation, a supermarket tabloid, is looking for a story to go with the headline FRANKENSTEIN LIVES!
Dispatched to modern day Transylvania to fit the facts to this scoop, reporters Jack Harrison (Goldblum) and Gilbert Turner (Begley) discover that even the local creepy castle takes all major credit cards.
“This is Transylvania'' says merry Mayor Lepescu (Jeffrey Jones) between guffaws. ''Don't you want to ask me about (giggle) Drakula?
The incredulous Turner is convinced that the happy natives are hiding something. And so they are.
In the cellar beneath the castle, humane Dr. Malavqua (Joseph Bologna) turns into a hyperactive Mr. Hyde. In that persona, he’s responsible for an entire menagerie of apparent monsters, among them a hard-to-resist Vampirella named Odette (Geena Davis).
A television comedy writer, De Luca was once associated with Mel Brooks. Like Brooks, DeLuca is a gagman without much feeling for feature-film humour. Twenty minutes into his picture, it is painfully evident that this is a movie staggering nowhere fast.
To their credit, Begley and Goldblum manage to maintain their professional composure while Transylvania 6-5000 falls apart around them. Perhaps they will be rewarded with material equal to their talents in the new year.

Afterword: It’s been reported that Geena Davis won her third feature film role, playing Odette in Transylania 6-5000, because she was able to nail a Bela Lugosi accent. It probably didn’t hurt that she also was able to wear her Vampirella costume with an unforgettable je ne sais quoi. Among those impressed by the six-foot-tall Davis was the picture’s star, actor Jeff Goldblum (who, at six feet four inches, later played the title role in a 1989 comedy called The Tall Guy).
Their real-life romance began during filming on Transylania 6-5000’s Yugoslavian locations. They were a couple when they arrived in Toronto to co-star in director David Cronenberg’s 1986 remake of The Fly. Davis and Goldblum married in November, 1987, and she received top billing in their third movie together, Julian Temple’s tuneful 1988 sci-fi comedy Earth Girls Are Easy. Nineteen eighty-eight was a spotlight year for Davis. She also starred in Tim Burton’s hilariously funny Beetlejuice and Lawrence Kasdan’s The Accidental Tourist, a part that earned her an Oscar win as best supporting actress.
In Hollywood, unfortunately, happily ever after often has a best-before date. Davis and Goldblum divorced in October, 1990. Between marriages, she earned a best actress nomination for her performance as Thelma in Ridley Scott’s 1991 drama, Thelma & Louise. In 1992, she played an award-winning TV reporter in Stephen Frears’s Hero and baseball in Penny Marshall’s A League of Their Own. In September, 1993, Geena Davis married Renny Harlin, an action-film director who just happens to stand six-feet four-inches tall.