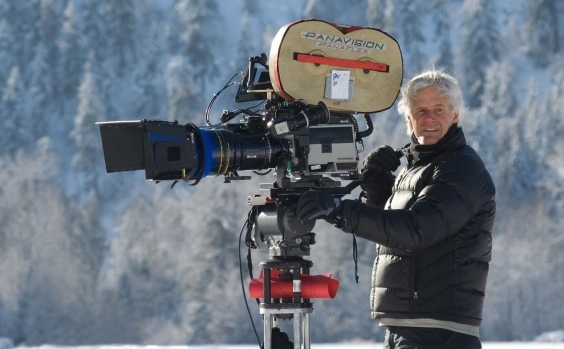 
In Part 1 of an eight-part series, Reeling Back looks at the circumstances that shaped the development of moviemaking, film distribution and feature exhibition in British Columbia, a Filmmaking Industry that is today a major component of the provincial economy.

FILMMAKING INDUSTRY. At the end of the century, British Columbia is enjoying its close-up. The long-cherished dream of a "Hollywood North" has been realized in the form of Canada's largest feature-film and television production centre.
In 1999, it generated direct spending of $1,069,871,000, 62 percent of that spent by foreign producers — for a net impact of nearly $3 billion on the B.C. economy. A labour-intensive enterprise, the industry was the province's third largest in 1999, employing more than 25,000 British Columbians who worked on the creation of 198 productions, including 54 feature films, 60 television movies and 30 TV series.
Behind the figures is the complex tale of an enterprise that was, until the late 1970s, marginal. Though films were made in B.C. as early as 1899, the province had neither the population nor the distinctive sense of itself necessary for a locally-based culture industry to take root. From the beginning, B.C.’s own filmmakers were subject to economic and social forces beyond their control.
The motion picture business as we've come to know it evolved in the United States, where a few vertically-integrated corporations rose up to dominate the production, distribution and exhibition of films in North America. Meeting little resistance from Canada's governments, they practiced a form of cultural colonization, effectively stunting the development of a Canadian production industry by denying its films access to their theatre screens.
Because these corporations were indifferent, even hostile, to the development of regional production centres, B.C. businessmen channelled much of their own cinematic ambition into the creation of a branch-plant industry providing services for American films being shot on location. Economically, this resulted in cycles of almost-boom and frustrating bust in pursuit of a formula that would produce long-term commercial success.
Individuals and governments, educators and entrepreneurs were all involved in the search until, in 1979, the combination of a Canadian dollar worth 85 cents US, a sophisticated production infrastructure and the marketing efforts of the B.C. Film Commission finally turned the key on what The X-Files creator Chris Carter calls "Hollywood's biggest back lot."

The above is Part 1 of an eight-part restoration of an Encyclopedia of British Columbia entry written by Michael Walsh and originally published in 2000. For additional information on this archived material, please visit my FAQ.

Afterword: When you think about it, encyclopedia entries are just another form of journalism. They attempt to cram a lot of facts into a small amount of space, maintaining a tight focus on a single subject. Because the subject of my assignment was so wide ranging, I wrote the item using the time-tested speechwriter’s formula:  First, you tell ‘em what you’re gonna tell ‘em; then you tell ‘em; finally, tell ‘em what you told ‘em. In the above introduction, I outlined the story I intended to tell.
Encyclopedia editor Daniel Francis had not asked for a speech. His guiding principle was more: Just the facts. Of the of 357 words in the above introduction, just 93 survived the cut.
I’m not complaining. With a small army of writers and more than 4,000 contributions to deal with, his seven copy editors did an amazing job of reducing the size while preserving the integrity of each individual item. The final product remains a milestone of B.C. publishing. Nearly a generation later, I’m delighted that this medium we call the Internet affords me the opportunity to add this restoration to my personal Reeling Back archive.