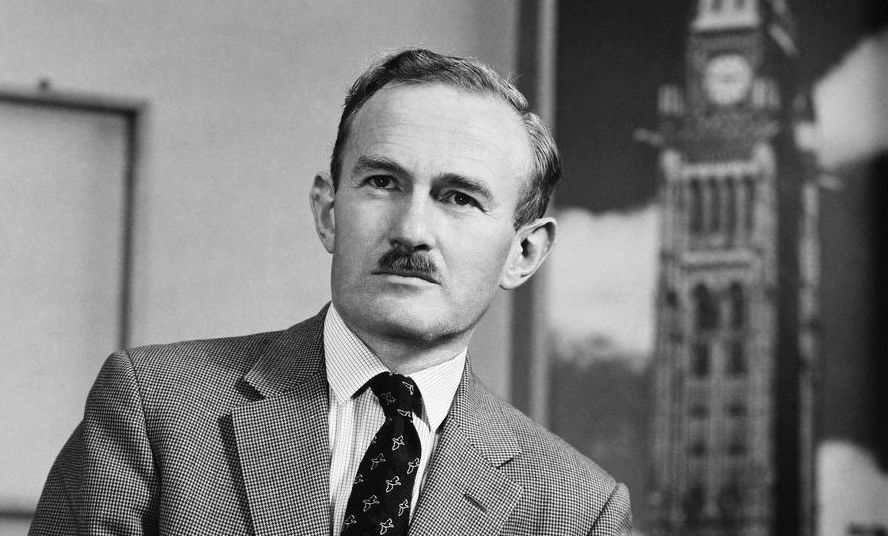 
In Part 6 of an eight-part series, Reeling Back takes note of the fact that motion picture and television production became a factor in the West Coast economy despite the indifference of Central Canadian bureaucrats, who saw no future for a B.C. Filmmaking Industry.


FILMMAKING INDUSTRY
Prepared for Daniel Francis and Encyclopedia of British Columbia — January, 2000.
[Published in 2000 by Harbour Publishing] By MICHAEL WALSH
[PART 6: FROM THE CFDC TO THE BCFC — 1968-1977]

In February 1968, Bill C-204 created the Canadian Film Development Corporation (renamed Telefilm Canada in 1984). Although its mandate was  to "foster and promote the development of a feature film industry," it favoured Montreal and Toronto as production centres, offering only token support in other regions.
Its policy was made explicit in 1973 by its first executive director, Michael Spencer: "Vancouver is never going to be the Hollywood of Canada, and although there will likely be films made here, hopes are dim that B.C. will ever have what can be called a feature film industry."
Undeterred, independent moviemakers from the student and fine arts communities — among them Jack Darcus, Tom Shandel, Byron Black, Boon Collins and Peter Bryant — all completed feature films. In 1972, the Pacific Cinémathèque was established in Vancouver to promote and exhibit non-commercial films.
The CBC created its international hit series The Beachcombers (1972-1990) in B.C., and the local service industry attracted U.S. projects such as director Bob Rafelson's Five Easy Pieces (1969), Robert Altman's McCabe and Mrs. Miller (1970) and Mike Nichols's Carnal Knowledge (1971).
Having produced The Groundstar Conspiracy (1972) on location for Universal Pictures, British-born studio executive Trevor Wallace formed his own B.C.-based company. He produced the features Christina (1974) and Journey into Fear  (1975).
In 1974, when Ottawa amended the Income Tax Act to offer a 100-percent Capital Cost Allowance (CCA) for "certified feature films," the emphasis shifted from domestic directors to producers. The tax-shelter production boom (1977-1981) that followed occurred largely in Toronto and Montreal.
The single significant B.C. beneficiary was documentary director Phil Borsos, whose award-winning feature debut, The Grey Fox (1982), was his ticket to a Hollywood career.
In 1975, B.C.’s animation community grew with the addition of Marv Newland's International Rocketship studio. Also in 1975, Secretary of State Hugh Faulkner made a timid attempt to deal with the long-standing question of film exhibition, negotiating a "voluntary quota" agreement with Famous Players and Odeon Theatres, who said they would play Canadian features in each of their cinemas for a minimum of four weeks a year.
The plan was quietly abandoned two years later, just as the era of multiplex cinemas arrived with the opening of FP's Capitol 6 on Vancouver's Granville Mall.
In July 1975, the B.C. Film Industry Association recognized the need for more local initiatives. It petitioned Victoria to establish an office to promote an industry that "is labour intensive; does not pollute nor deplete resources; it can encourage tourism and the investment of outside monies into the Provincial economy; and it is essential to the growth and maintenance of our Provincial cultural identity and heritage."
In August 1977, Wolfgang Richter was hired to head a B.C. Film Promotion Office (later  the B.C. Film Commission), established under the Ministry of Tourism and Small Business.

The above is Part 6 of an eight-part restoration of an Encyclopedia of British Columbia entry written by Michael Walsh originally published in 2000. For additional information on this archived material, please visit my FAQ.


TIMELINE: 1968-1977
These are the significant events in the history of the B.C. film industry. For those who want to know more, included in square brackets at the end of each item is a reference to my source for the information. The first one —  [HOW/13] — guides you to page 13 of Andre Paquet’s How to Make or Not to Make a Canadian Film, published in 1967. All of the works I consulted in the preparation of this history are listed in this posted Bibliography. Each has a reference code to identify it in the Timeline listings.

◼︎    1968, February — Federal Bill C-204 creates the Canadian Film Development Corporation (after 1984, Telefilm Canada) to "foster and promote the development of a feature film industry." The crown corporation opens for business with a budget of $10 million. [How/13] [TO/40]
◼︎    1969 — The AlphaCine Laboratory opens at 916 Davie in Vancouver. [RW/V8#2]
◼︎    1969 — Vancouver features are made by directors Morrie Ruvinsky (The Plastic Mile) and Jack Darcus (Great Coups of History). [CF/104]
◼︎    1970 — Sylvia Spring’s Madeleine Is . . . is the first B.C.-made feature directed by a woman. Robert Altman returns to Vancouver to make McCabe and Mrs. Miller. [BC-2/34]
◼︎    1970 — The Motion Pictures Act is amended to incorporate recommendations by B.C. censor Raymond W. MacDonald to move from a system of censorship to classification. [COC/119]
◼︎    1971 — Proxy Hawks is Jack Darcus's second feature. Also shot in Vancouver are director Mike Nichols's Carnal Knowledge and Lamont Johnson’s The Groundstar Conspiracy. [BC-2/34]
◼︎    1971 — The Victoria Film Commission is opened. [RW/V7#4]
◼︎    1971 — Hugh Foulds creates award-winning Citizen Harold for NFB's Pacific Region studio. [CF/116]
◼︎    1972, October 1 — CBC-TV series The Beachcombers goes on the air [BC-2/20]. Tom Shandel directs the feature Another Smith for Paradise. [BC-2/34]
◼︎    1972 — The Pacific Cinémathèque opens in Vancouver. [TO/44]
◼︎    1973, February  — CFDC executive director Michael Spencer declares that    "Vancouver is never going to be the Hollywood of Canada and although there will likely be films made here, hopes are dim that B.C. will ever have what can be called a feature film industry." [SP/2]
◼︎    1974 — The Income Tax Act is amended to offer a 100 percent Capital Cost Allowance (CAA) for "certified feature films." [HP/11]
◼︎    1975 — Animator Marv Newland opens his International Rocketship Ltd. production studio. [RW/V10#2]
◼︎    1975 — Famous Players and Odeon Theatres agree to Secretary of State Hugh Faulkner's "voluntary quota," an undertaking to provide a minimum of four weeks per theatre per year to Canadian features. The government abandons voluntary quotas in 1977, because they're not working. [TO/45]
◼︎    1975 — Lou Lombardo directs Russian Roulette in Vancouver. [BC-2/34]
◼︎    1975 — A Communications Mandate is established under the jurisdiction of B.C. Dept. of Transport and Communications to co-ordinated production of 13 half-hour television shows. David Smith put in charge. [SP/70-71]
◼︎    1975, July — The B.C. Film Industry Association petitions Premier Dave Barrett’s government to establish a B.C. Film Office to promote an industry that "is labour intensive; does not pollute nor deplete resources; it can encourage tourism and the investment of outside monies into the Provincial economy; and it is essential to the growth and maintenance of our Provincial cultural identity and heritage." [SP/75]
◼︎    1976  — Pinewood Studios, a sound-recording facility, is opened. [RW/V7#6]
◼︎    1976, September 1 — Independent broadcaster CKVU-TV goes on the air in Vancouver. [GR/2]
◼︎    1977 — Odeon Theatres is purchased by Ontario-based Canadian Theatres. [TO/45]
◼︎    1977 — Its Bellingham-based parent company closes Canawest when the advertising tax exemption is removed under federal Bill C-58. [BC-2/16]
◼︎    1977, August 2  — Wolfgang Richter takes up duties as the first head of  the B.C. Film Promotion Office established under the Ministry of Tourism and Small Business.
◼︎    1977, March 18 — The era of the multiplex begins with the opening of Famous Players Capitol 6 on Granville Mall. Brian Rogers is the manager.
◼︎    1978, July 1 — Justis Greene, second head of  the B.C. Film Promotion Office, replaces interim film co-ordinator Bob Grey. [HP/11]