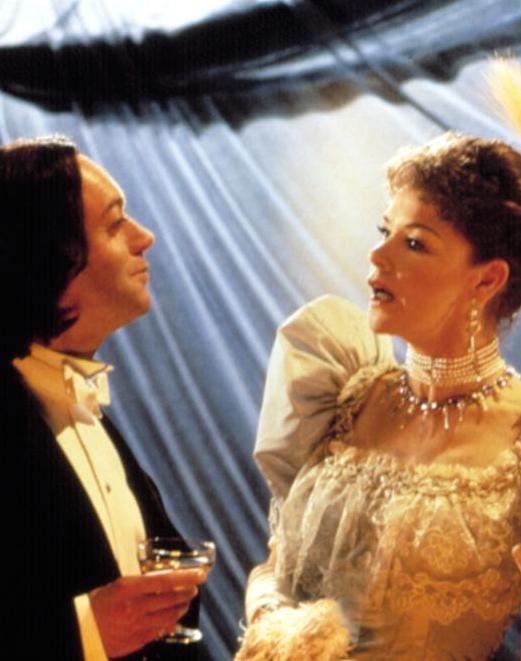 
The story of Dan Ireland, born on this day (May 11) in 1949, is a tale of three cities. It includes success in Los Angeles, where he is best remembered as a producer and director of offbeat independent films. During a decade in Seattle, he made his mark as a movie exhibitor and co-founder of that city’s influential annual film festival. Though born in Oregon, it all began for Ireland in Vancouver, where he grew up in the vibrant Kitsilano neighbourhood. There, he bonded with schoolmate (and later business partner) Darryl Macdonald over their love of movies. In his teens, Ireland worked as a theatre usher, an entry-level job that led to film booking. In the mid-1970s, he and Macdonald ran the Rembrandt, an independent inner-city cinema. They used that experience (and Ireland’s dual citizenship) to relocate to Seattle, where they restored the then-68-year-old Moore Theater as the Moore Egyptian. In May 1976, inspired by Vancouver’s Varsity Festival of International Films, they founded the Seattle International Film Festival. A decade later, Ireland became head of acquisitions for Hollywood indie distributor Vestron Pictures. Today, Reeling Back adds four Dan Ireland-produced Vestron titles to its archive (with links to each following the Afterword to this posting). Ireland began a creative association with Ken Russell as executive producer on the Wildely inventive British director’s 1988 tale of a banned Victorian stage provocation, Salome’s Last Dance.

SALOME'S LAST DANCE. Co-written by Vivian Russell. Based on Oscar Wilde's 1893 stage play Salomé. Music consultant Richard Cooke. Co-written and directed by Ken Russell. Running time: 89 minutes. 14 Years Limited Admission with the B.C. Classifier’s warning: frequent nudity and occasional suggestive scenes. THE DANCE IS DONE. Salome, the proud and wilful daughter of Queen Herodias, has discarded the last of her seven veils.
The Baptist is dead. King Herod, true to his word, has presented her with  the head of the prophet John on a silver platter.
"The mystery of love,” muses Herod, "is greater than the mystery of death."
Looking on as the king speaks is playwright Oscar Wilde (Nickolas Grace), absorbed in the performance of his own banned drama, Salomé.
Love and death were among the themes Wilde considered in the work. Its London premiere, planned for 1892, was cancelled when Britain's Lord Chamberlain, offended by Wilde's licentious depiction of biblical characters, refused to issue a permit for the production.
The mystery of artistic creation has always fascinated Ken Russell. In Salome's Last Dance, the director incorporates an illicit production of the Wilde work into a psycho-fantastic examination of the writer and his homosexuality.
It all takes place on Guy Fawkes night, Nov. 5, 1892. In the company of Lord Alfred Douglas (Doug Hodge), the young lover he calls Bosie, Wilde visits the townhouse of Alfred Taylor (Stratford Johns) "the most benign brothel keeper in Westminster."
Taylor has arranged a special treat for his valued patron. "In defiance of the law and in honour of England's greatest living playwright," the inmates of his house will perform the prohibited play.
Taylor himself appears in the role of Herod. A decadent aristocrat, Lady Alice (Glenda Jackson), plays Queen Herodias and Bosie, stripped down to a breechcloth and body paint, is John the Baptist.
Cast as Salome is Rose (newcomer Imogen Millais-Scott), a kittenish chambermaid with a boyish figure and a Glynis Johns lilt in her voice.
As written by Wilde,  Salomé is a tale of frustrated passions. When her advances are rejected by the Baptist — "Away from me, woman of Babylon! Evil entered the world through woman!" — Salome works her wiles on the smitten Herod to achieve her revenge.
As staged by Russell, it becomes a burlesque of its own finely-crafted poetic sentiments. Buxom, topless slaves attend Herod's court; bearded dwarfs in fur caps and prayer shawls argue fine points of Jewish orthodoxy; a pop-eyed photographer (director Russell himself) attempts to capture the pageant's "climactic" moments.
“I was delighted to find that I had written yet another comedy,” says Wilde at the end. Russell fans will be delighted to learn that the director's return to 19th-century sources — Mary Shelley (for 1986’s Gothic), Bram Stoker (1988’s The Lair of the White Worm) and now Wilde — has not dampened his sense of wicked fun.
Salome's Last Dance is a calculated travesty for those with a taste for Russell's kind of literate excess.

Afterword: Salome’s Last Dance was the first of the four features that Dan Ireland produced for Ken Russell. In his 1991 autobiography Altered States, the director recalls his association “with an up and coming company called Vestron.” The American company had distributed Russell’s 1986 biographical fantasy Gothic in the U.S., “and they did well out of it, particularly with video sales.” The result was a three-picture deal, all due “to my number one fan in the world . . . Dan Ireland, who used to own a cinema in Seattle and is a film buff from way back, giving festivals of my films long before anyone thought I was dead.” Ireland had just joined Vestron as it’s vice-president in charge of acquisitions, and he was the man Russell called “my American Fairy Godmother.”
Following Salome’s Last Dance, Ireland executive-produced Russell’s next two Vestron releases: The Lair of the White Worm (1988) and The Rainbow (1989). Their relationship continued after Vestron went out of business, with Ireland taking the producer credit on Russell’s gritty 1991 drama Whore, a feature the London-based director shot on location in Los Angeles. Reported to have been the filmmaker’s acid response to director Garry Marshall’s 1990 happy hooker romance Pretty Woman, the indie feature received limited distribution as a result of its NC-17 rating. Despite a powerful performance from Theresa Russell in the title role, it ended up a commercial failure.