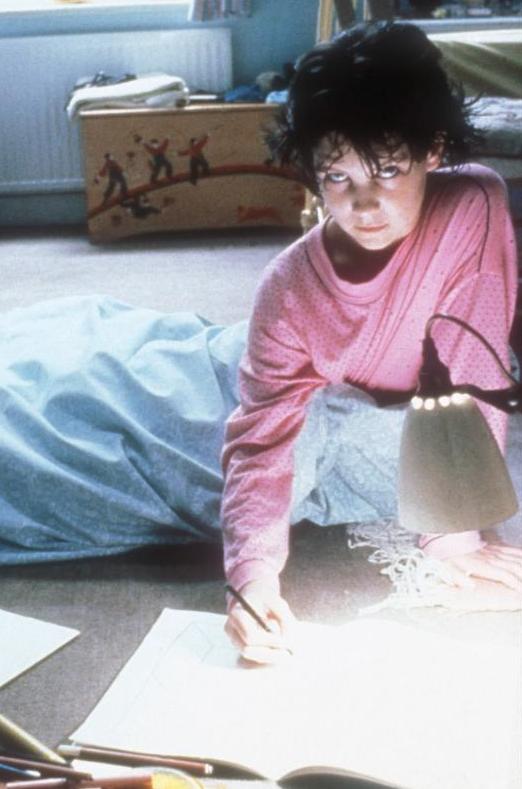 Bedridden Anna Madden (Charlotte Burke) wakes up to the realization that she has a power in director Bernard Rose’s 1988 fantasy Paperhouse.


The story of Dan Ireland, born on this day (May 11) in 1949, is a tale of three cities. It includes success in Los Angeles, where he is best remembered as a producer and director of offbeat independent films. During a decade in Seattle, he made his mark as a movie exhibitor and co-founder of that city’s influential annual film festival. Though born in Oregon, it all began for Ireland in Vancouver, where he grew up in the vibrant Kitsilano neighbourhood. There, he bonded with schoolmate (and later business partner) Darryl Macdonald over their love of movies. In his teens, Ireland worked as a theatre usher, an entry-level job that led to film booking. In the mid-1970s, he and Macdonald ran the Rembrandt, an independent inner-city cinema. They used that experience (and Ireland’s dual citizenship) to relocate to Seattle, where they restored the then-68-year-old Moore Theater as the Moore Egyptian. In May 1976, inspired by Vancouver’s Varsity Festival of International Films, they founded the Seattle International Film Festival. A decade later, Ireland became head of acquisitions for Hollywood indie distributor Vestron Pictures. Today, Reeling Back adds four Dan Ireland-produced Vestron titles to its archive (with links to each following the Afterword to this posting). During his first year with Vestron, Ireland received co-producer credit for BBC-TV director Bernard Rose’s first theatrical feature, the story of an ailing child’s journey into her own troubled imagination, 1988’s Paperhouse.

Friday, April 21, 1989.
PAPERHOUSE. Written by Matthew Jacobs. Based on the 1958 novel Marianne Dreams, by Catherine Storr. Music by Hans Zimmer and Stanley Myers. Directed by Bernard Rose. Running time: 92 minutes.14 Years Limited Admission with the B.C. Classifier's warning: occasional violence. SHE'S BEEN WARNED.
“Go away!” the sad-faced boy said. “It's dangerous!''
At that moment, Anna Madden (Charlotte Burke) sits up in bed, feverish and aware of herself. Suddenly, she knows that “It's real!”
But which came first, the fever or the dream?
Paperhouse, director Bernard Rose's adaptation of British novelist Catherine Storr's psychological thriller Marianne Dreams, allows for a “logical” explanation.
It opens with Anna, an imaginative, assertive 11-year old,  tuning out on a math class to draw in her workbook.
What she draws is a forbidding-looking house. A few minutes later, she suffers a fainting spell during which she enters the world she has just created.
A second spell allows her a second visit. It also prompts a visit from family physician Sarah Nichols (Gemma Jones), whose diagnosis is “glandular fever.’’
She prescribes bed rest.
Resentful and feeling generally put-upon, Anna puts a face in the window of her paper house. When the face speaks to her in her next dream, she realizes that she has power.
When, on her fourth visit to the house, her new friend introduces himself — his name is Mark (Elliott Spiers),  a detail she did not create — she is frightened, aware that she is not in full control of her fantasy.
“It'll be all right if I can stay awake,” Anna tells herself. At this point, frequent filmgoers are likely to recall the Nightmare on Elm Street film series.
Despite that generic echo, this British-made fantasy is no body-count epic. First-time feature director Rose's approach owes more to writer-director Neil Jordan's unsettling 1984 feature The Company of Wolves.
What starts out as an exercise in power quickly turns into a terrifying confrontation with responsibility. During her spells, Anna establishes what she believes is a psychic link with one of Dr. Nichols's other patients, a young muscular-dystrophy victim.
Anna desperately wants to help him but, when her efforts go wrong, she is faced with the possibility that she has done real harm to a real person in the real world.
It's a problem that neither her parents (Glenne Headly and Ben Cross) nor the doctor can solve for her. “When you're ill, your mind plays funny tricks,’’ is the best they can offer.
Fortunately, the tricks offered by former rock-video director Rose are calculated to enhance the drama rather than his film's shock value. The result is an effectively low-key journey into a child's own Twilight Zone.

Afterword: Paperhouse was one of six pictures executive-produced by Dan Ireland and released in 1988. It was the feature debut of Britain’s Bernard Rose, a London music-video director with two made-for-BBC-TV movies to his credit. His talent for edgy fantasy did not go unnoticed in Hollywood, and in late 1991 the writer-director went on location in Chicago to shoot Candyman, his adaptation of Clive Barker’s short story The Forbidden. The urban shocker was a financial success for TriStar Pictures, and Rose could have stayed on in the U.S. grinding out genre movies. As it turned out, he had other interests, among them Tolstoy, musical biography and making movies about moviemaking.
The subject of a 2015 American Cinematheque tribute, Rose went from an exploration of dark horror to a story of classical genius. Shot in Czechoslovakia, his 1994 feature Immortal Beloved starred Gary Oldman as Ludwig van Beethoven. Then it was off to Russia to make 1997’s Anna Karenina, the first of five Tolstoy-inspired features. In 2000, he used then-new digital technology to create his own artistic declaration of independence, ivans xtc, a modern-dress adaptation of Tolstoy’s The Death of Ivan Ilyich set within the Hollywood film industry. The feature was his second to star actor Danny Huston, who became his most frequent creative collaborator.
Rose continued to explore the cinematic process, following ivans xtc with two horror films set in the world of marginal moviemaking, 2005’s Snuff Movie and sx_tape (2013). His 2012 feature, Two Jacks, adapted Tolstoy’s generational tale Two Hussars into the story of father and son Hollywood directors. Derek (2008) was Rose’s documentary examination of the British experimental filmmaker Derek Jarman. His passion for Tolstoy resulted in 2008’s The Kreutzer Sonata, and Boxing Day (2012), a modern-dress adaptation of the Russian author’s 1895 short story Master and Man.
In 2013, he returned to the realm of musical biography with The Devil’s Violinist, a look at the life of legendary composer Niccolò Paganini. Rose’s most recent film to date was his 2015 adaptation of Mary Shelley’s Frankenstein, the story of husband and wife scientists (Danny Huston and Carrie-Anne Moss) who make a monster in 21st-century L.A.