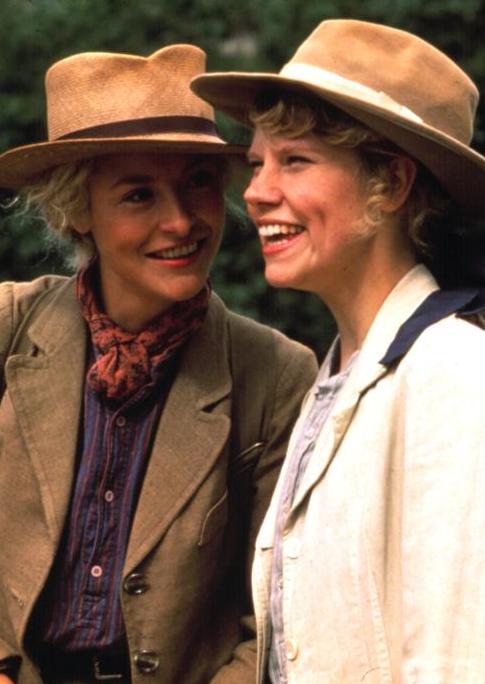 
Exploring the limits of her individuality


The story of Dan Ireland, born on this day (May 11) in 1949, is a tale of three cities. It includes success in Los Angeles, where he is best remembered as a producer and director of offbeat independent films. During a decade in Seattle, he made his mark as a movie exhibitor and co-founder of that city’s influential annual film festival. Though born in Oregon, it all began for Ireland in Vancouver, where he grew up in the vibrant Kitsilano neighbourhood. There, he bonded with schoolmate (and later business partner) Darryl Macdonald over their love of movies. In his teens, Ireland worked as a theatre usher, an entry-level job that led to film booking. In the mid-1970s, he and Macdonald ran the Rembrandt, an independent inner-city cinema. They used that experience (and Ireland’s dual citizenship) to relocate to Seattle, where they restored the then-68-year-old Moore Theater as the Moore Egyptian. In May 1976, inspired by Vancouver’s Varsity Festival of International Films, they founded the Seattle International Film Festival. A decade later, Ireland became head of acquisitions for Hollywood indie distributor Vestron Pictures. Today, Reeling Back adds four Dan Ireland-produced Vestron titles to its archive (with links to each following the Afterword to this posting). Following their collaboration on The Lair of the White Worm, Ireland oversaw director Ken Russell’s 1989 D.H. Lawrence adaptation, a more orthodox period romance called The Rainbow

Friday, July 14, 1989.
THE RAINBOW. Co-written by Vivian Russell. Based on the 1915 novel by D.H. Lawrence. Music by Carl Davis. Co-written and directed by Ken Russell. Running time: 113 minutes. Restricted entertainment with the B.C. Classifier’s warning: some nudity and suggestive scenes. SHE'LL BE OUTRAGEOUS.
Pretty, indulged Ursula Brangwen (Sammi Davis) can look forward to outliving England's Victorian age, and to living "another kind of life."
In his 1920 novel Women in Love, D.H. Lawrence detailed the adult Ursula's adventures in the uninhibited post-war 1920s. Together with her sister Gudrun, she explores the limits of her individuality, a journey both spiritual and sensual.
He's been outrageous. British-born director Ken Russell made his reputation with his third feature, a lush, sexually direct adaptation of Women in Love.
Russell's 1970 picture was nominated for four Academy Awards, including best direction. Glenda Jackson won the Oscar for her role as Ursula's sister Gudrun.
A true iconoclast, Russell used his notoriety to explore the limits of cinematic convention. Fascinated with the creative process, he devised unique screen "biographies" of such figures as Peter Ilych Tchaikovsky (1971’s The Music Lovers), Gustav Mahler (Mahler; 1974) and Franz Liszt (Lisztomania; 1975), incendiary dramas full of music, sexual imagery and religion.
A filmmaker known for his literate excesses, Russell comes full circle with The Rainbow, his calmest, most orthodox film to date. A period coming-of-age tale, it is based on the last third of Lawrence's 1915 novel, the book he wrote before Women in Love.
This is Ursula's story. It opens with an image of her as a child of three (Zoe Brown), peering with fascination through a window, her face framed by a rainbow.
"I want that, Daddy," she says.
"You're a romantic up on some hill," Will Brangwen (Christopher Gable) tells the grown Ursula late in the film. "You're always looking down. You'll always be disappointed."
As written by the Russells, Ken and Vivian, the young woman's tale plays like an adult version of Anne of Green Gables. Wilful and imaginative, Ursula is determined to make her own way in the world.
Like Anne, she has an understanding teacher as a role model. Unlike Anne’s bloodless Miss Stacy, bisexual Winifred Inger (Amanda Donohoe) will introduce Ursula to more than books.
"The best you ever get from a man is passion,” ’Fred advises her pupil. Women, she cautions, "are symbols of men’s instinctual desires."
Like Anne, Ursula must learn to control an unruly classroom. Unlike Anne, she has to tame both a brutish, wild child (Mark Owen) and predatory school principal Mr. Harby (Jim Carter).
Finally, there is the matter of first love. Unlike Anne's polite Gilbert, Ursula’s Lt. Anton Skrebensky (Paul McGann) offers a smoulderingly physical passion.
To Ursula’s discomfort, he naturally assumes their eventual marriage. “What does it mean to love?” she asks, fearful of the answer. “(Am I) to marry out of fear of myself?”
Russell, though adhering to properly polite British filmmaking technique, retains his characteristic exuberance. As played by Davis (last seen opposite Donohoe in Russell's manic 1988 feature Lair of the White Worm), Ursula is rebellious, bratty and vibrant.
More Russell than Lawrence, The Rainbow is a robust affirmation of free-spiritedness.

Afterword: Ken Russell was a man with a keen ear for music, and for the most part, he took his cinematic inspiration from composers. He made an exception for the novelist D.H. Lawrence, an author he seems to have discovered by accident, then returned to again and again. It was after the boxoffice success of his 1967 spy thriller Billion Dollar Brain that United Artists “asked me if I’d be interested in looking at a script based on the Lawrence epic,” Russell says in his 1991autobiography Altered States. “I naturally said ‘yes,” thinking that they meant Lawrence of Arabia.”
The screenplay turned out to be an adaptation of the 1920 D.H. Lawrence novel Women in Love, and it disappointed him. “I passed,” Russell tells us. “UA suggested I read the book. It was a revelation . . .” The 1969 feature was a major critical success, earning an Oscar nomination for its director and a win for its star, Glenda Jackson. Prior to Women in Love, there had only been three attempts to bring the controversial author to the screen: Marc Allégret’s 1955 French-language L’amant de lady Chatterley, based on his notorious banned novel, Lady Chatterley’s Lover; British director Jack Cardiff’s Sons and Lovers (1960) and American Mark Rydell’s modern dress adaptation of The Fox (1967).
Since Russell’s elegant Women in Love, hardly a year has gone by without a new film or TV adaptation of a Lawrence work. In 1981, PBS’s Masterpiece Theatre  broadcast Sons and Lovers as a seven-episode miniseries, while in 2011 the BBC offered a three-hour adaptation of Women in Love. Needless to say, Lady Chatterley’s Lover has been the hands-down favourite for filmmakers, with at least 10 versions to choose among. Russell’s second Lawrence movie was The Rainbow (reviewed above). Four years later, he offered BBC-TV viewers his own four-episode Lady Chatterley (1993), by all accounts the most literary of the lot.