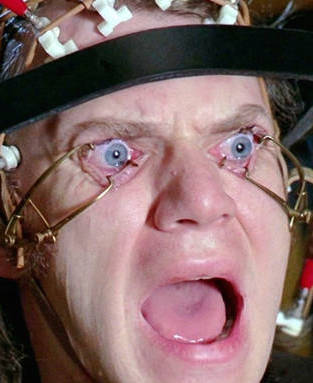 Our future in plain sight


VCON 41 opens today (September 30). Vancouver’s annual Science Fiction and Fantasy Convention, the 2016 fan gathering has among its Guests of Honour Robert J. Sawyer. A long-time friend of VCON — he was previously GoH at VCON 25 in 2000 — Sawyer was named a Member of the Order of Canada earlier this year, the first sci-fi author to be so honoured. The gift of the Sovereign conferred by her Governor General, Sawyer’s medal is for “his accomplishments as a science-fiction writer and mentor, and for his contributions as a futurist.” My own participation at the convention will be rather more humble. This evening, I’ll be sitting in on a panel discussing science fiction in the new television season (where I’ll enthuse about the Emmy Award-winning Tatiana Maslany’s work in Orphan Black). Saturday, I’ll be the token senior citizen on the Fifty Years of Star Trek panel, then add a thought or two to the conversation about Men of Steel and Messiah Figures: Religious Currents in Various Mediums of Popular Culture. Finally, on Sunday, I’ll moderate VCON’s traditional (since 1999) panel devoted to the works of Joss Whedon. At some point, I hope to cross paths with Rob Sawyer. I’d like to remind him that he has something in common with writer-director Stanley Kubrick. Both artists have won the Hugo Award: Sawyer in the best novel category for his 2002 Hominids, Kubrick in the dramatic presentation category for his 1971 feature A Clockwork Orange.

Thursday, February 17, 1972.
A CLOCKWORK ORANGE. Based on the 1962 novel by Anthony Burgess. Music by Walter Carlos. Written, produced and directed by Stanley Kubrick. Running time: 136 minutes. Restricted entertainment with the B.C. Classifier’s warning: extreme brutality and rape; some nudity and sex. SIXTEEN YEARS AGO [in 1956], a sophisticated space opera named Forbidden Planet suggested that no matter how advanced a civilization becomes, it can never outdistance the shadow of its passions. In it, the crew of the United Planets Cruiser C570 lands on Altair IV, there to discover a world terrorized by “monsters . . .  monsters from the Id.”
Now, Stanley Kubrick, the most tuned-in of modern moviemakers, thematically returns to Altair IV to unleash its monsters and sic them on any audience willing to wrestle with them.
A Clockwork Orange is science fiction. Based on the 1962 Anthony Burgess novel, it is a first-person account of a possible near future.
Set in England (the New York-born Kubrick’s  base of operations since 1961), the film views its world through the eyes of Alex DeLarge (Malcolm McDowell), leader of a modish street gang. Not yet of job age, the young men spend their time thrill seeking.
Their routine begins with a round of drugged “moloka” at the Korova milkbar. It includes lively diversions, such as gang fights, car thefts, random mayhem, violence and rape.
All goes well until Alex, faced with a challenge to his leadership, turns on two of his gang to teach them a lesson. Discipline is restored, but just temporarily.
At a crucial moment during their next robbery, Alex is knocked unconscious and comes to in the arms of the police. Convicted of murder, he is sentenced to 14 years, a term he soon learns can be shortened by submitting to the controversial “Ludovico technique.”
Alex submits.
He is immediately subjected to two weeks of intensive Pavlovian conditioning designed to make him retch at the very thought of sex or violence. When finally “cured,” he is discharged into a nightmare of retribution and revenge.
A Clockwork Orange is Kubrick’s first film since 2001: A Space Odyssey, and it can only further enhance his status as a cult figure. Like 2001, it is a big black comedy.
Unlike 2001, its darkness is unrelenting.
An admitted polemicist, Kubrick has said that his films are designed to appeal directly to the subconscious. His object is to illustrate moods, rather than specific thoughts, and in A Clockwork Orange he succeeds in doing just that.
The moods belong to Alex, who is the personification of the raw, pleasure-seeking power of the Id. He lives in a world that, on one hand, has made pleasure-seeking virtually the only outlet for human initiative and, on the other, cries out for a return to law and order.
In making A Clockwork Orange, Kubrick has co-opted enough ideas for a dozen films. Moviegoers will recognize the unblossomed bud of Alex’s world all around them.
And rightly so. In applying his theory of mood, Kubrick is anything but subtle. Like an underground comic book, his film is peopled by grotesques.
The world is seen through Alex, and Alex is totally alone. He relates to no one, with the result that all the characters are caricatures, all the actions Alex-centred and all the ideas cold and callous.
It is impossible to be neutral about Kubrick. In A Clockwork Orange, he has produced a long — over two hours — and loveless film that drives its dramatic blows straight to the crotch. He is a director given to gimmicks — the pixilation of a double orgy scene — and the use of maddeningly familiar music in his score, such as Rossini’s William Tell Overture and Beethoven Ninth Symphony, The Ode to Joy.
Despite Kubrick’s reputation for care, his film’s plot hardly holds up under close inspection. Its most maddening failure, though, is its use of language.
Calculated to encourage repeated viewings, its dialogue adopts abstracted, highly involved speech patterns that occasionally lose all meaning in the mouths of some of the more heavily accented players.
Even so, I believe the picture is worth a second viewing.
For all his personal eccentricities, Stanley Kubrick has produced a move that speaks to the cares and concerns of the moment. I’d call it significant and timely, rather than great.
Like Fritz Lang’s silent classic Metropolis (1926), William Cameron Menzies’s Things to Come (1936) and the Oscar-winning The Greatest Show on Earth (1952), it takes its place among  the enduring oddities.
A powerful combination of coarseness and culture, comedy and cruelty, A Clockwork Orange is a powerful document for today. It will be among the most talked about films of the year [1972].

Afterword: Although I’d written the occasional film review for The Province during my first three years as a staff writer, A Clockwork Orange was my first column as the paper’s full-time film critic. They say you never forget your first time, and Kubrick’s controversial science-fiction feature was definitely jumping into the deep end of the pool. I managed to stay afloat for just over 23 years, after which there were new challenges to face. I’ve always delighted in the fact that my Clockwork Orange notice was published on the day that legendary writer Philip K. Dick arrived in town to participate in Vancouver’s second SF Convention. (That story is told here).
A Clockwork Orange was Malcolm McDowell’s fourth feature film. As a young actor, he made his mark in the fantastical allegorical dramas of director Lindsay Anderson — such films as If . . . (1968), O Lucky Man! (1973) and Britannia Hospital (1982). Although he’s been seen in every film genre — including the title role in 1979’s Caligula  — he seems to have the most fun in science fiction. Among his most memorable portrayals were those of H.G. Wells (in director Nicholas Meyers's Time After Time; 1979), Dr. Soren (in David Carson’s Star Trek Generations; 1994) and Daniel Linderman (in the 2007-08 TV series Heroes).