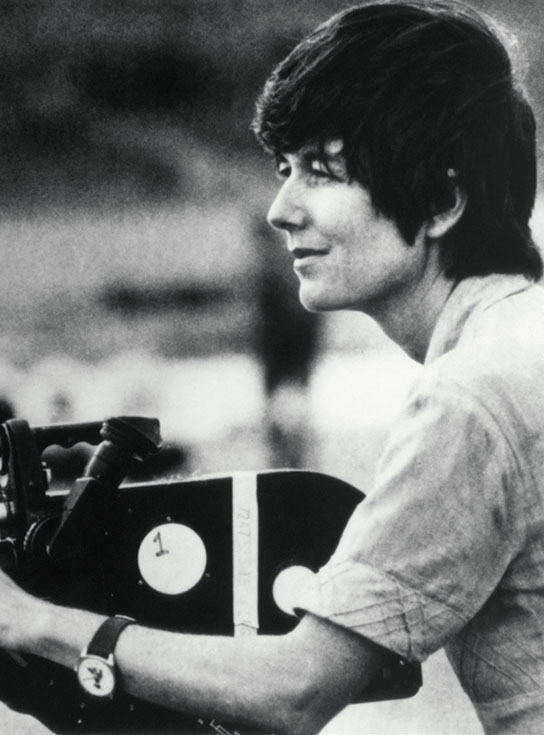 
On this day (July 10) in 1978, Eleanor Coppola confessed to her diary that her husband, director Francis Ford Coppola, had betrayed her. It was a revelation not noted in 1991’s Hearts of Darkness, her documentary on the making of Apocalypse Now.

HEARTS OF DARKNESS. Based on documentary footage directed by Eleanor Coppola. Music by Todd Boekelheide. Written and directed by Fax Bahr and George Hickenlooper. Running time: 96 minutes. Rated 14 Years Limited Admission with the B.C. Classifier’s warning "some very coarse language and scenes of ritual animal slaughter." FRANCIS FORD COPPOLA WENT the distance.
In 1975, with two Oscar-winning Godfather pictures to his credit, the writer-director set out to "create a film experience." His subject was America's Vietnam war.
His approach was fiercely artistic. With the benefit of hindsight, he revived a 1967 project originally developed by his friends, screenwriter John Milius and director George Lucas, a modern military epic based on novelist Joseph Conrad's tale of 19th century colonial Africa, Heart of Darkness.
Called Apocalypse Now, his picture rapidly escalated from a mere movie into an American cinema legend, a trouble-plagued, make-or-break effort for the talented still-young filmmaker.
Coppola gambled his reputation, his personal fortune and, as it turned out, his sanity on a film with no obvious audience and dubious commercial prospects.
Eleanor Neil Coppola went to the edge with him.
In 1976, she accompanied her husband to the Philippines for the location shoot. She would film a "making of" documentary chronicling the production process.
Eventually, she had some 60 hours of film and dozens of audio tapes, electronic notes for a never-completed picture.
In 1979, Apocalypse Now finally found its way to the screen and Coppola won his gamble.
That same year, Eleanor Coppola published Notes, her personal diary of the years 1976 to 1978. In it, she offered readers an intimate portrait of a man, a woman, and a marriage coming apart. Its anguished discussions of divorce and Coppola's involvement with "another woman" are an integral part of the crisis-managing filmmaker's personal emotional drama.
On July 10, 1978, she wrote that "it has taken until now for me to accept that the man I love, my husband, the father of my children, the visionary artist, the affectionate family man, the passionate and tender lover, also can lie, betray and be cruel to people he loves."
Documentarians Fax Bahr and George Hickenlooper go only so far. Using Eleanor's original footage and tapes, they've compiled Hearts of Darkness.
Premiered last year on the U.S. Showtime cable network, it offers that long-awaited behind-the-scenes look at the Apocalypse Now production.
Beginning with director Coppola's colourful press conference at the 1979 Cannes Film Festival —where his "work in progress" walked off with the event's top prize, the Palm d'Or — their film mixes interviews with a production chronology to tell its story.
By and large, it is the polite version. Actor Martin Sheen is its plucky, intensely giving Christ figure, while Marlon Brando is the obese, betraying Judas.
Milius and Lucas are brought in for comic relief but the focus is, quite properly, on Coppola, ranting and occasionally raving about his potential disaster in the making.
Politics is touched upon (the Pentagon refused co-operation), drug use is mentioned (by actor Sam Bottoms) and we see material cut from the final version (notably, some of the famous French plantation scene). What's said is interesting.
It's also incomplete. By omitting entirely the Coppola's domestic drama, Bahr and Hickenlooper skirt an important component in the creative process that they are examining.
Though fascinating as far as it goes, Hearts of Darkness fails to go the distance.

Afterword: The good news (not made clear in the above review) is that the Coppola’s marriage survived. Artistically, Francis lightened up somewhat, channeling his considerable talent and energy into the production of a technically innovative musical, 1981’s One from the Heart. More than one critic saw in its tale of a troubled couple rediscovering their love a reflection of the Coppolas' own reconciliation. No small gesture, the box-office failure of the $26-million movie bankrupted its director, leaving him with a debt load that took him years to pay off. Although he continued making pictures well worth a trip to movies, he no longer led the cinematic generation celebrated in such critically influential  books as 1977’s Hollywood Renaissance or The Movie Brats (1979).
Originally released as a television documentary, Hearts of Darkness was nominated for four Primetime Emmys, winning two (the Informational Programming - Directing and Editing awards). Eleanor Coppola’s 1979 book Notes (later retitled Notes on the Making of Apocalypse Now) introduced us to the woman behind the man. In the years since, she has earned cinematography and directorial credits on a number of documentary shorts. In 2016, she made her debut as a fictional feature director with Paris Can Wait, a romantic comedy that stars Diane Lane and Alex Baldwin. The film’s credits contain a card thanking her husband Francis, son Roman, daughter Sophia and granddaughter Gia. And more good news: In February (2017), Francis and Eleanor Coppola celebrated their 54th wedding anniversary.

See also: Elsewhere in the Reeling Back archive is my 1979 interview with Francis Ford Coppola, as well as my reviews of his 1974 techno-thriller The Conversation and his time-travel comedy Peggy Sue Got Married (1986).