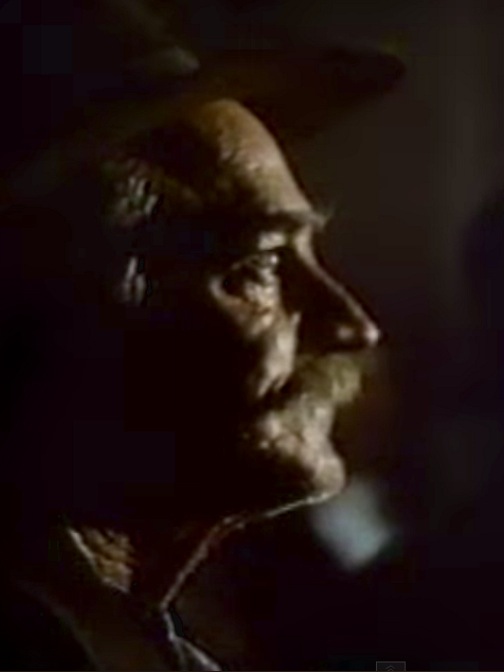 Something in the light


Inspired by a new, different frontier


Tonight (March 2), Vancouver's Cinematheque series "The Image Before Us: A History of Film in British Columbia" offers director Phillip Borsos's award-winning debut feature, 1982's The Grey Fox, the true story of a train robber inspired by a visit to the movies.

Friday, March 25, 1983.
THE GREY FOX. Written by John Hunter. Music by Michael Conway Baker. Directed by Phillip Borsos. Running time: 93 minutes. Mature entertainment with the B.C. Classifier's warning; occasional violence.
THERE'S SOMETHING SPECIAL ABOUT The Grey Fox. Academy of Canadian Cinema members recognized it immediately, and Wednesday night [March 23, 1983] awarded it seven Genies, including one for best picture.
The first thing you notice is something special about the light. Nominally a Western, The Grey Fox lacks the sun-baked look that we've come to associate with films that feature a frontier setting.
Director Phillip Borsos, a documentary short subject Oscar nominee in 1980 for Nails, invites us to look at a new and different frontier. This is a Northwestern, filmed in a land of golden browns and velvet greens.
Here, the light caresses the eye instead of attacking it.
For generations, filmmakers have used the harsh, barren wastelands of the American southwest as the setting for gritty, violent action. Borsos, by contrast, uses the softer, life-laden landscapes of our own province to tell a gentle, almost contemplative tale.
There's something special about the story, too. The Grey Fox opens with the announcement that "on June 17, 1901, after 33 years in San Quentin Prison, Bill Miner was released into the Twentieth Century."
A former stagecoach robber, Miner had been a part of the Old West celebrated in all of those conventional dusters. On his release, he sets out for the new frontier, and along the way he discovers a new world.
Like Steven Spielberg's E.T., Miner is a sophisticated, intelligent individual suddenly abandoned to his own devices. Unlike the Extra-Terrestrial, there is no way that Bill can phone home.
His story derives much of its enchantment from Borsos's remarkable ability to make us see the world through eyes at once knowing and naive, to see the familiar with a startling freshness. Like director Jan Troell, whose 1971 epic The Emigrants followed a pioneer Swedish family to America, Borsos is able to make us see things as if for the first time.
There's something special about his man. Miner appealed to Borsos because "he was a badman, not a bad man." As portrayed by Genie Award-winner Richard Farnsworth, he is a generous old grandfather; alert, aware and not about to give in to despair.
Sixty years old at the time of his release, Miner looks ahead to the life that is still before him, accepting and adapting to his new situation. For a time he visits with his sister Jennie (Samantha Langevin) who lives near Tacoma, and makes his way harvesting oysters on the Puget Sound mud flats.
One day, in the local nickelodeon, Miner sees a movie that seems to speak directly to him. It's the world's first Western, Edwin Porter's The Great Train Robbery (1903), and to a professional who "always specializes,'' the message is clear.
In the flickering light from the screen, we see Miner's eyes light up. A slow smile rearranges his rugged features, and the rest, as they say, is history.
Not an action picture in the accepted sense, The Grey Fox spends the bulk of its screen time with Miner in the B.C. Interior. In hiding, following his successful robbery of the CPR's Transcontinental Express near  Mission, he becomes part of the growing community of Kamloops.
During this period he becomes a friend and something of a father figure to a local provincial police constable named Fernie (Timothy Webber). Much to his surprise, he discovers an unexpected soulmate in flamboyant frontier photographer Kate Flynn (Genie Award-winning actress Jackie Burroughs).
"In this country," she blusters. "You're not taken seriously unless you're Caucasian, Protestant and, most of all, male." Like director Borsos, though, she sees the beauty that's all around her, and is determined to record it with her camera.
Inexorably, the forces tracking Miner — an arrogant Pinkerton detective named Seavey (Gary Reineke) and the North West Mounted Police  — are closing in. In an ending that deliberately echoes The Great Train Robbery,  the posse finds the robbers in a wood. It appears that the chase may finally be over for the grey fox.
Wistful without being overly sentimental, The Grey Fox has come home in triumph for its official Canadian premiere engagement. It's worth taking a special trip to the movies.

Afterword: The Grey Fox was made in the final days of Canada's "tax-shelter boom," the 1974-1982 production surge brought about by the introduction of a federal Capital Cost Allowance that offered investors a 100-percent tax write-off. Remembered today for its genuine film artistry, it was in its own time an example of artful financing. In 1982, when director Phillip Borsos came into conflict with the organizers of Toronto's Festival of Festivals (now known as the Toronto International Film Festival) for his promotional strategy, he told a Canadian Press reporter that "we have 209 investors, and they want their money back." In all, they put up $4.1 million. When Borsos ran out of money during filming, producer Peter O'Brian had to go back to them for interim financing, a moment Borsos called "a real horror show." On the plus side, critics loved his picture, and Francis Ford Coppola's Zoetrope Studios stepped forward to "present" it to the world. The Grey Fox was nominated for 13 Genie Awards, winning seven. It was the B.C. documentarist's breakthrough to feature filmmaking, and he made four more: 1985's The Mean Season, shot in Miami, Florida;  One Magic Christmas (1985), filmed in Toronto; Bethune: The Making of a Hero (1990), made on location in China; and Far from Home: The Adventures of Yellow Dog (1995), filmed near his Mayne Island, B.C. home. Borsos died at the age of 41, 20 days after his final film's release, of acute myeloid leukemia.